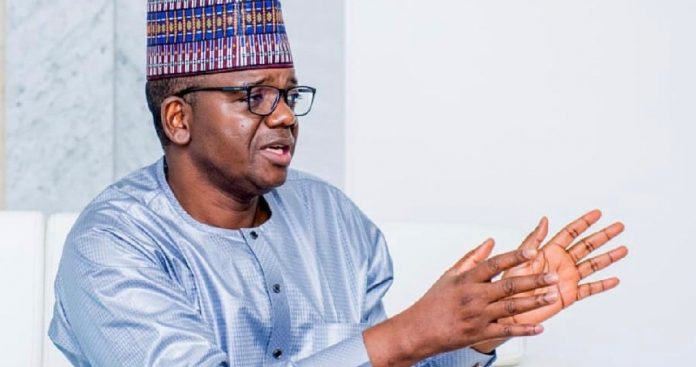 Zamfara State Governor, Bello Matawalle on Tuesday asked all Muslims to, during the season of Ramadan, “pray for a total end to terrorism, armed banditry, kidnapping, cattle rustling and other crimes bedeviling the state.”

The Sultan of Sokoto on Monday had signalled the commencement of the Ramadan fast, after a moon sighting.

Ramadan is the ninth month of the Islamic calendar, observed by Muslims worldwide as a month of fasting, prayer, reflection, and community.

In a statement signed by government spokesman Yusuf Gusau, Matawalle congratulated the Muslim Ummah in Zamfara and across the country over the commencement of the Islamic holy month.

“The governor wishes all Muslims a successful Ibaadat and urges them to use the period to rededicate their prayers for Allah SWA to continue to make life easier for all,” the statement said.

“Matawalle also urged Muslims to imbibe the teachings of the Holy month through Taqwa and giving sadaqa to the needy and the less priviledged.

“He further urged people to use the Ramadan period to repent from all bad acts and other social vices by following the teachings of the noble Prophet Muhammad SAW.

“The Shattiman Sakkwato also called on the Muslims to pray for a total end to terrorism, armed banditry, kidnapping, cattle rustling and other crimes bedeviling the state in particular and the nation in general so that the government can continue to bring the dividends of democracy to the people.

“He appealed to traders and people engaged in selling essential commodities to cut down prices throughout the blessed month and beyond so as to benefit from Allah’s rewards.

“He assured his administration’s commitment in upholding all the Islamic norms and values according to the teachings of Islam.

“He prayed for the successful completion of the Ramadan fast with ease and blessings.”