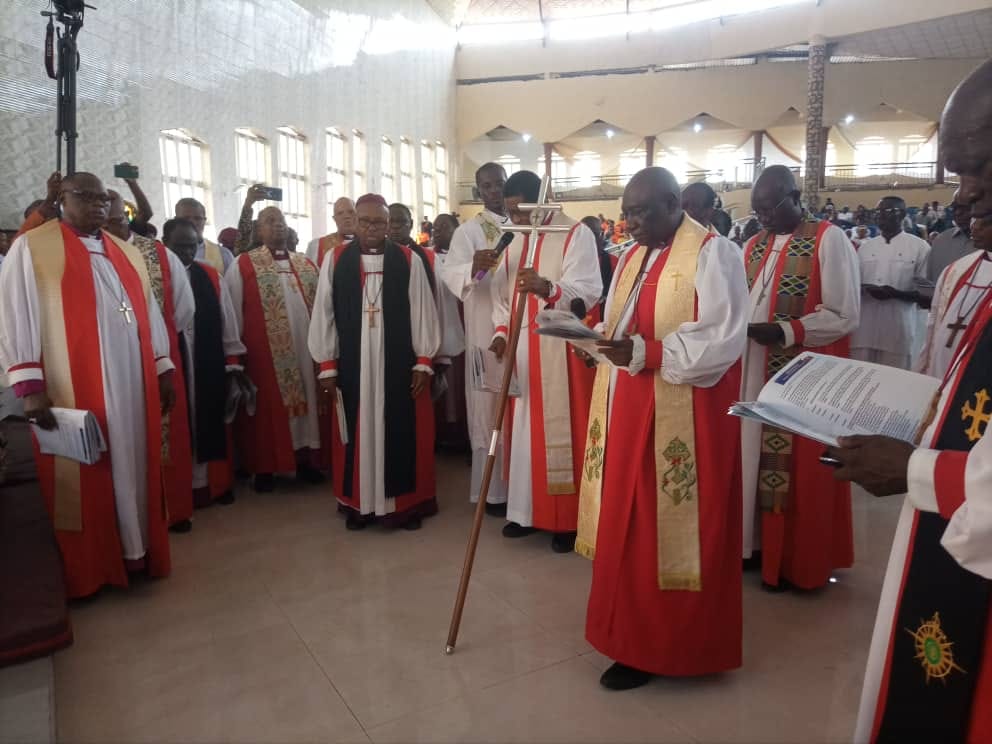 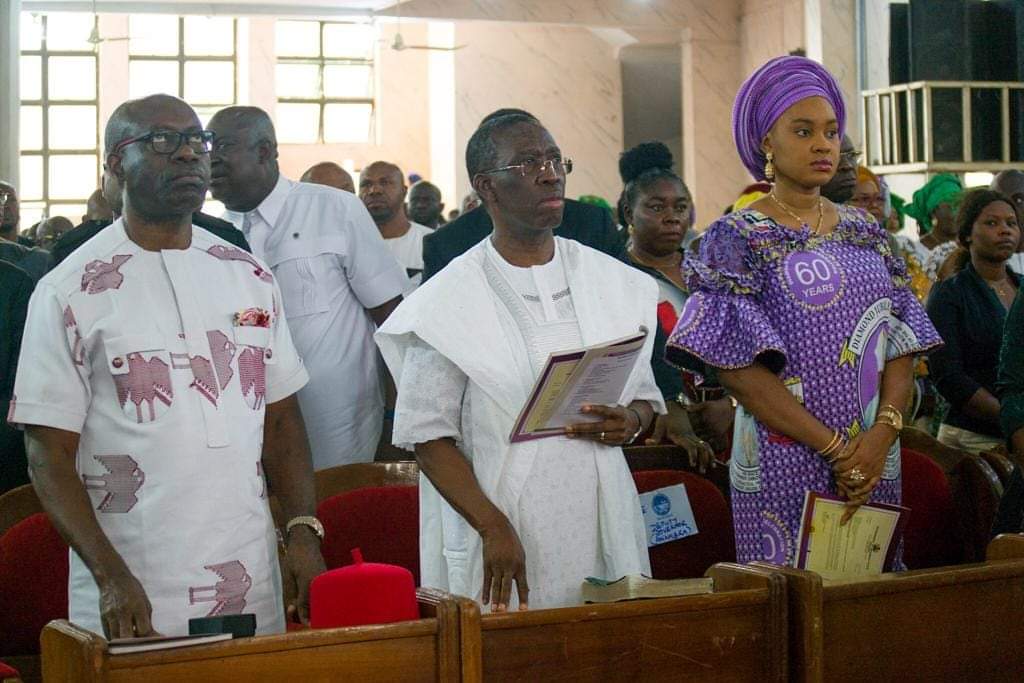 were among the dignitaries who graced the diamond Jubilee birthday anniversary of the archbishop of the Ecclesiastical Province of the Niger, bishop of Awka Diocese, His Grace, the Most Revd. Alexander Chibuzo Ibezim at the Cathedral Church of Saint Faith, Awka, Anambra State 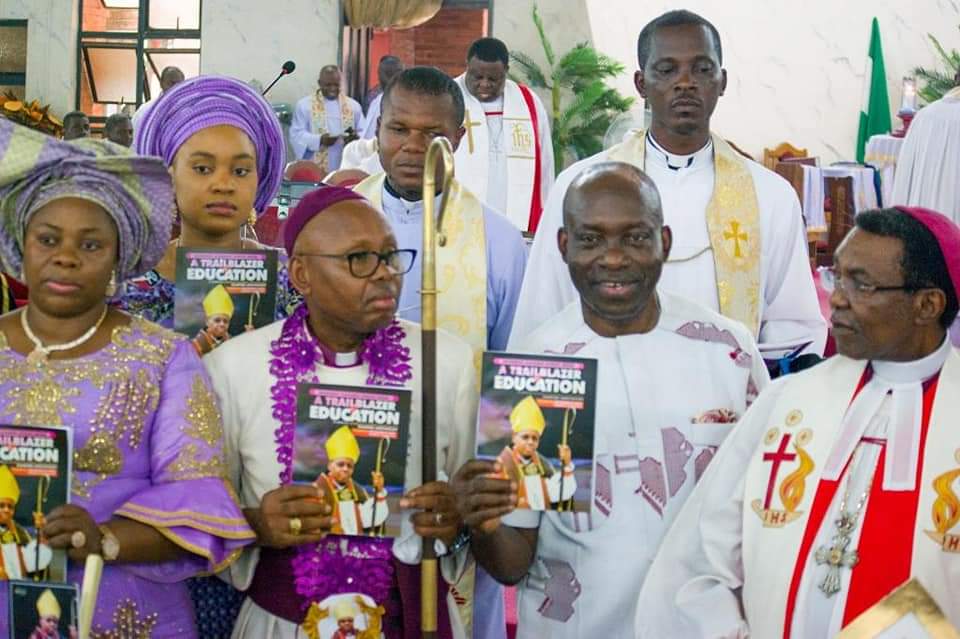 The event was presided by the Archbishop Metropolitan and Primate of All Nigeria (Anglican Communion), His Grace, the Most Revd. Henry Ndukuba, and assisted by other Archbishops and Bishops across the nation 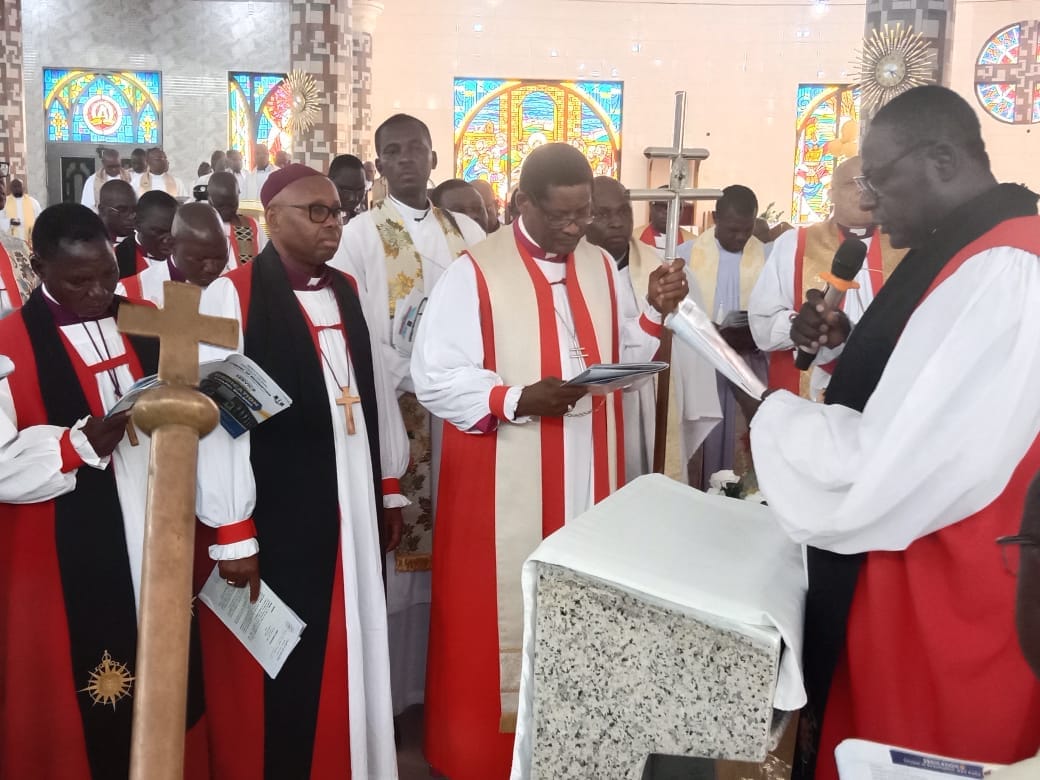 In his sermon, the Most Revd. Ndukuba told the congregation to hold on to God. He assured them that God will arise and the enemy will be defeated. Adding that “At such a time like this, they should stand up strong and not be afraid. Stressing that the enemies of the State and the nation shall not triumph. 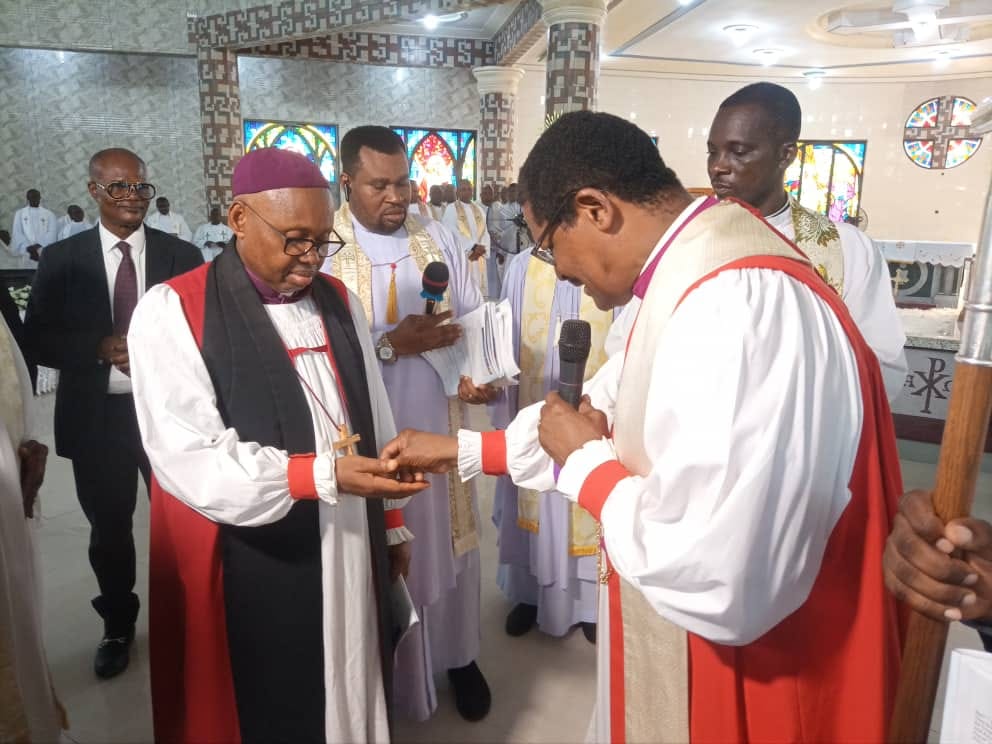 The Governor of Anambra State, Professor Chukwuma Soludo in a brief remark, congratulated the celebrant, Archbishop Ibezim on his milestone achievements as he marks his 60th birthday and service in the Lord’s vineyard. He assured the people that Anambra State will continue to rise and excel adding that insecurity will go away and sanity, law, and order will be fully restored

The Governor also used the occasion to call on Christians to come together and be united. He enjoined the people to practice the principles of ecumenism, saying that the body of Christ is one

The Governor of Delta State, Senator Ifeanyi Okowa also congratulated the celebrant and commended Soludo for stemming the rising insecurity in the State

The celebrant, Most Revd. Alexander Ibezim expressed gratitude to Governor Soludo and Okowa and to all who came to celebrate the special occasion with him.

The Deputy Governor of Anambra, Dr. Onyekachukwu Ibezim was represented by his wife, Lady Oluchi Ibezim.