Despite CBN Order, Access Bank Yet To Recall Us, Sacked Staff Say 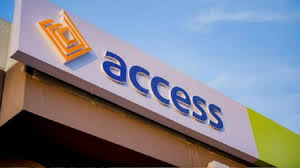 Some Access Bank employees, who were dismissed by the bank’s management last week, have yet to be recalled, SaharaReporters has learnt.

The Central Bank of Nigeria had on Sunday halted lay-offs by banks after a special meeting of the Bankers’ Committee.

According to a statement by the CBN’s Director of Corporate Communications, Mr Isaac Okoroafor, no sack of either permanently or ad-hoc staff can be carried out by any bank without the approval of the regulator.

Some cashiers and other casual workers at Lagos branches of Access Bank, who lost their jobs, have told SaharaReporters that the bank had yet to recall them despite the CBN’s intervention.

“No, Access Bank has not recalled us,” one of those affected by the retrenchment told SaharaReporters. The source was dismissed last week.

He said, “On Monday, two of my colleagues at the bank also lost their job.

“The management asked us to drop all company property in our care. A colleague of mine in the customer service section was also dismissed.

“We were hoping that with the CBN’s directive, they would recall us. I learnt some meetings are ongoing but we are not sure whether we will get our jobs back.”

SaharaReporters however, gathered that one of the outsourcing companies working directly with Access Bank sent messages to some of its clients affected by the dismissal on Tuesday, further raising their hopes.

“Dear Colleagues, Further to our earlier communication to you, please be informed that you have been recalled back to C&I Leasing effective May 1, 2020. Please note you are not to report to Access Bank. You are to remain at home until further communication from us. Thank you,” the letter reads.

Access Bank on Monday denied a report that it plans to sack 75 per cent of its workforce and as well close more than 300 branches.