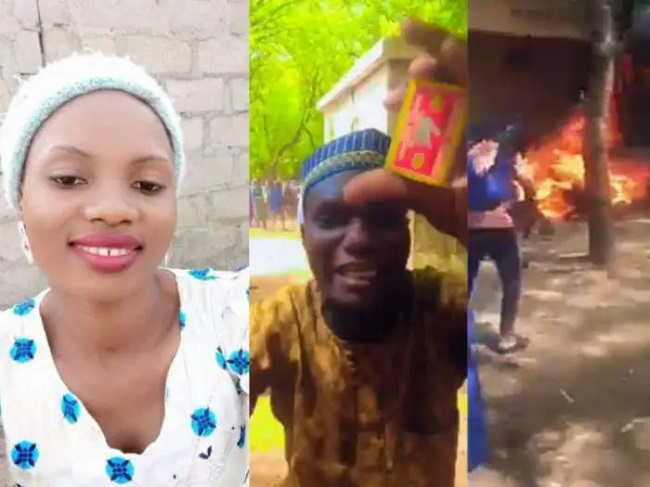 Deborah, a 200 Level student of Home Economics at Shehu Shagari College of Education, Sokoto, was murdered by Islamic extremists and set ablaze after she advised her classmates against posting religious materials on their WhatsApp page.

In marking the US International Day Commemorating the Victims of Violence Based on Religion or Belief, on August 22, Deborah’s picture was uploaded on the website of the US Office of Religious Freedom.

The office promotes universal respect for freedom of religion or belief for all as a core objective of U.S. foreign policy.

It also monitors religiously motivated abuses, harassment, and discrimination worldwide, and recommends, develops, and implements policies and programs to address such concerns.

Honouring Deborah, the office wrote, “In May, a mob brutally stoned, flogged, and burned to death college student Deborah Samuel in Nigeria, in an attack fueled by hatred and blasphemy allegations, even as authorities attempted to stop it. We honor her life as we continue the work to end such vicious violence.”