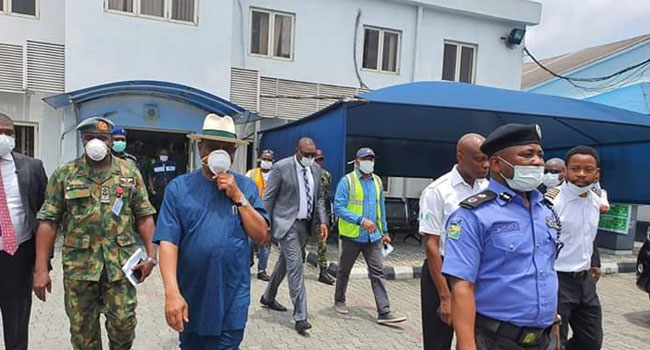 Rivers State Governor, Nyesom Wike, says vehicles that were impounded in the state after their owners were caught driving them in violation of the lockdown order will be auctioned.

The Governor said this on Thursday in an interview after he went round to monitor the level of compliance with the lockdown.

“The defaulters will be tried by the Mobile Courts and I have told the Attorney General, all the impounded vehicles must be auctioned. By tomorrow, the Honourable Attorney General would have advertised those vehicles and we will auction them,” he said.

“Some people don’t believe that Coronavirus is in existence. Until you make them understand that we are serious, they will not believe it. We will auction the impounded vehicles.

“Those arrested will face the wrath of the law. Nobody is above the law. We will not allow anyone to sabotage our efforts to protect our people.”

While monitoring the level of compliance, Governor Wike oversaw the arrest of several violators and the impounding of cars.

Some of those arrested were very important persons (VIPS), who were adjudged not to be on essential duties, but were moving around with their police escorts.

The governor, however, allowed a pregnant woman who violated the lockdown order, to go on compassionate grounds.

At the Elekahia Isolation Centre, over 200 persons were arrested and over 20 vehicles impounded by different teams enforcing the lockdown.

Despite his strong reaction to those who violated the lockdown order, the governor is generally satisfied with the larger population in the state.

“I want to commend Rivers people for the level of support they have shown. The level of compliance is quite satisfactory. It is more than 95 percent within the two Local Government Areas,” he said.

The governor, however, accused the Deputy Commissioner of Police, Rivers State Police Command of attempting to sabotage the lockdown by issuing illegal letters to companies.

“It is unfortunate to see the level of sabotage that we get from the police. Particularly, the Deputy Commissioner of Police, Operations, Rivers State Police Command.

“The Deputy Commissioner of Police will sign approvals for companies because he wants to collect money. I am the Governor of this state and there cannot be two governors,” he said.

He said the approvals issued by the police or any other authorities, outside the office of the Rivers State Governor are illegal.

“I, however, thank the Army, the Navy, and others on what they are doing to enforce the lockdown,” he added.

Lockdowns are part of measures implemented to curb the spread of the COVID-19 pandemic which has infected more than three million people globally but they have come with consequences, especially for people living below the poverty line and those who have to engage in trade daily to eat.

Governor Wike believes the lockdown is no doubt affecting some people negatively but it remains essential.

“Our people are suffering, I agree. But this is something we must do. When we examine the level of compliance and it is reasonable, of course, we will unlock the two Local Government Areas,” he said.

“It is not in our own interest that people shouldn’t come out or go to the markets. But we are talking about lives and how to protect our people.” 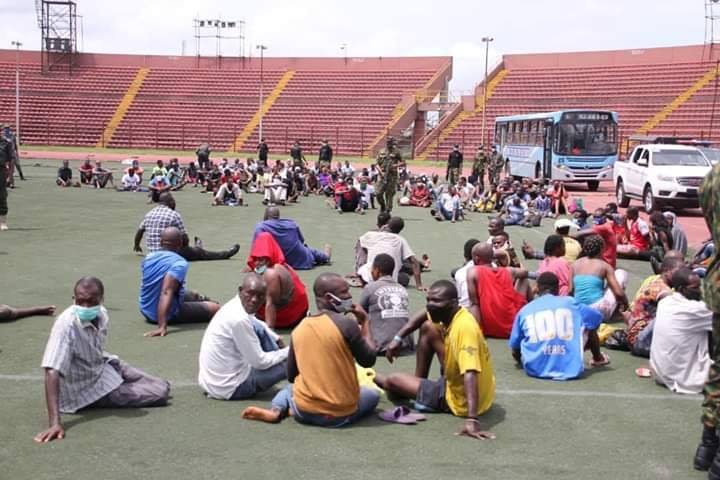 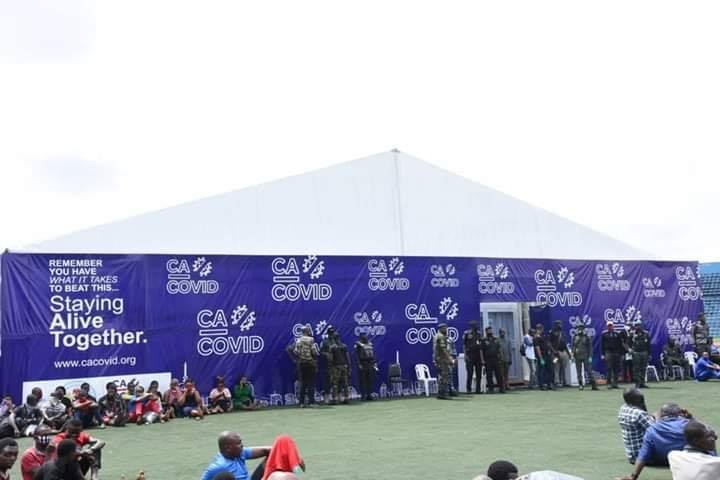