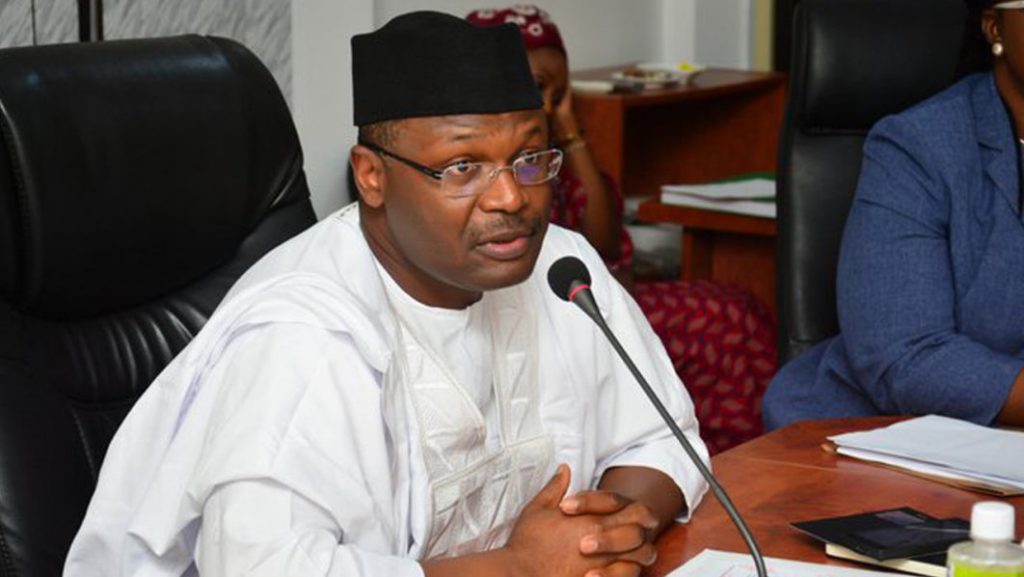 The Independent National Electoral Commission (INEC) has deployed about 100 of its vehicles in six states to support the Presidential Task Force (PTF) on combating Coronavirus.

The commission disclosed this in a statement issued by Mr Festus Okoye, National Commissioner, and Chairman, Information and Voter Education Committee, in Abuja on Friday.

Okoye said that the pick-up van to be deployed to Lagos, Osun, Oyo, Kano, Rivers and FCT, would be used for contact tracing, surveillance/laboratory and infection prevention/control in six states.

He said that since the outbreak of the Coronavirus pandemic, the Commission has been in touch with the PTF on areas it could assist to tackle the national emergency that required the support of all national institutions.

“The PTF has requested for about 100 pickup vans from the Commission’s fleet to be deployed for contact tracing, surveillance/laboratory and infection prevention/control in six states and the Federal Capital Territory (FCT) in the first instance.

“The states are Lagos, Osun, Oyo, Kano, Rivers and FCT. In addition, the Commission has also placed all our state offices nationwide on standby, in case the PTF requests for additional support to combat the pandemic,” he said

Okoye said that the Commission was equally working with the Nigerian Communications Commission (NCC) and telecommunication service providers to assist in raising public awareness of the pandemic by sending bulk messages (SMS) to registered voters similar to what INEC did for voter mobilisation.

He added that INEC was also discussing with the Ministry of Humanitarian Affairs, Disaster Management and Social Development on the possibility of using its electoral registration units nationwide as locations for the distribution of palliative and other relief materials to citizens.

“Short messages were adopted from the flyers/leaflets issued by the National Centre for Disease Control (NCDC). This follows the suspension of the Do Not Disturb (DND) policy on sending unsolicited messages to telephone subscribers by NCC.

“Similarly, the Commission is in discussion with the Ministry on the possibility of using our electoral registration areas (wards) and polling units nationwide as locations for the distribution of palliative and other relief materials to citizens.

“The 8,809 wards and 119,973 polling units are located in various communities in the country and citizens are familiar with their locations,” he added.

Okoye assured the public that the commission would join hands with all agencies and stakeholders to combat COVID-19 in Nigeria.

“We urge all (except for those on essential duties) to stay at home, maintain recommended social distancing and remain safe by obeying all guidelines issued by the relevant authorities,” he said.