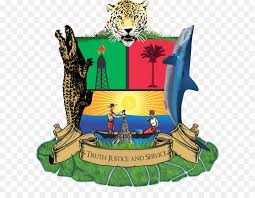 Angry youths in Bayelsa State have protested the alleged shooting of a serving National Youth Service Corps (NYSC) member and two others in the Ekeki area of Yenagoa, the state capital.

The incident occurred on Monday evening after a policeman attached to a new generation bank in the area allegedly shot at close range and killed them.

According to eyewitnesses, one of the victims was the driver of a 14-seater bus.

He had conveyed some passengers who were returning from the yuletide celebration and tried to disembark close to the bank premises.

But a minor disagreement ensued between the driver and the policeman after he had asked him not to drop the passengers there.

Thereafter, the policeman opened fire on the occupants killing the driver and two other passengers including a serving corps member.

Visibly angered by the developments, the youths went on a rampage, destroying the bank’s Automated Teller Machine (ATM).

Meanwhile, three police vans and mobile policemen have been drafted to the scene of the incident located close to the Central Motor Park, in Ekeki, the state capital.

Reacting to the development, the State Police Command said the officer, accused of extra-judicial killing, has been arrested.

According to a statement issued by the spokesman of the Command, SP Asinim Butswat, the Commissioner of Police, CP Uche Anozia, has now ordered that he be remanded in custody.

“The authorities of Bayelsa Police Command have arrested and taken into custody one Police Mobile Force (PMF) personnel for suspicion of Discreditable Conduct and Unlawful Use of his Firearm.

“The suspect, a male NCO, who was arrested on the orders of the State Commissioner of Police, CP Uche Anozia is currently in detention at the State Criminal Intelligence and Investigation Department, Yenagoa,” Butswat said.

The Police, however, claimed that no lives were lost. Rather, the victims were rushed to the hospital where “they are currently responding to treatment.”

They have also vowed to investigate the case and ensure that all indicted persons are brought to justice.