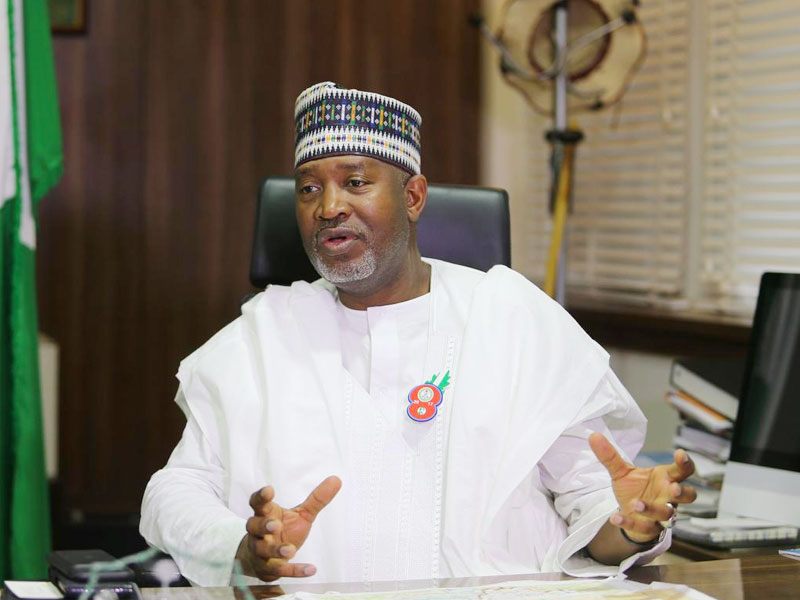 The federal government on Saturday hinted that airports in the country were about 90% ready to restart operation, going by measures already in place. Minister of Aviation, Senator Hadi Sirika, disclosed this during flight simulations organised to test the preparedness of the airports.

The airports had been closed in March as part of measures to contain the coronavirus pandemic. But following dry run simulation exercises conducted by the Federal Airports Authority of Nigeria (FAAN) yesterday at the domestic terminals of the Nnamdi Azikiwe International Airport, Abuja, and Murtala Muhammed Airport, Lagos, ahead of flight resumption, the government said the airports were almost ready to reopen.

The exercise was meant to test all protocols designed to mitigate the spread of COVID-19 at the airports as the authorities assessed their readiness for resumption of commercial flight operations.

The exercise began in Abuja, as passengers were taken through the post-COVID-19 departure protocols en route Lagos on a Boeing 737 Aero Contractors flight. The team from Abuja arrived the General Aviation Terminal, Lagos, about 1200hours. Passengers on board the flight were facilitated in line with the normal procedural order of arrival facilitation.

Sirika expressed his delight at the facilities on ground, and said going by the measures that had been put in place, the airports were about 90 per cent ready to reopen. He said domestic passengers would now have to get to the airports three hours before departure, while international passengers would be expected to get to the airports five hours before their flight.
“This is to ensure that all protocols, including safety markings, social distancing, hand sanitising, baggage decontamination, scanning of personal items, etc. are complied with forthwith,” the minister stated.

The other officials also expressed satisfaction with the measures put in place to facilitate the reopening of the airports.
Sirika explained that the flight simulation was intended to achieve five things: adherence to physical distancing rules, wearing of protective materials, such as facemask and face shield, compliance with hygiene guidelines, cleanliness of surfaces, and proper identification of passengers.

“So we can board the aircraft decontaminated so we don’t contaminate others. All of the things that have happened here are to ensure we don’t spread COVID-19,” he said.
“The experience is quite nice, but it takes a bit of time, which is why you will need to be at the airport three hours before your local flight. For international flight, we may do five hours,” he added.

The minister explained further, “We have demonstrated here in a mock manner a sick person. You saw how the area was cordoned off, the sick taken away to safe area, and the scene disinfected. You saw the health workers in their PPEs come around to evacuate the sick person. All these are to adhere to the new normal.

“You also saw that if you are served tea or beverages, you pick it yourself in a disposable cup. Everything for me in this demo exercise worked very well. We came and began maintaining physical distance right from the outside.
“All the markings are there, and we respected that. During the checking procedure, we were shielded from the check-in officials, we got our boarding passes and during boarding, we detached our boarding passes and dropped the other end without physical contact. Contacts with people have been reduced so we can remain safe.”

On the inflight protocol, Sirika stated, “There will also be social distancing in the aircraft. But new ideas are coming on board on how to remain seated to make the cabin economically okay and to ensure we don’t infect each other.

“Those new norms are coming and we will implement them in such a way that flights are profitable. WHO (World Health Organisation) and ICAO (International Civil Aviation Organisation) have developed protocols of the sitting.”

The team from Abuja also went through the departure protocols, marking the end of the exercise.
The Aero Contractors plane, marked NG110, had 51 passengers on board.
we observed during the simulation exercise in Abuja 1.5 metres physical distance markings, two hand wash areas, and bags disinfecting area. Hand sanitisers were placed in strategic locations, as Port Health workers were seen taking temperature levels of intending passengers.
Passengers were directed to follow all protocols at all times.