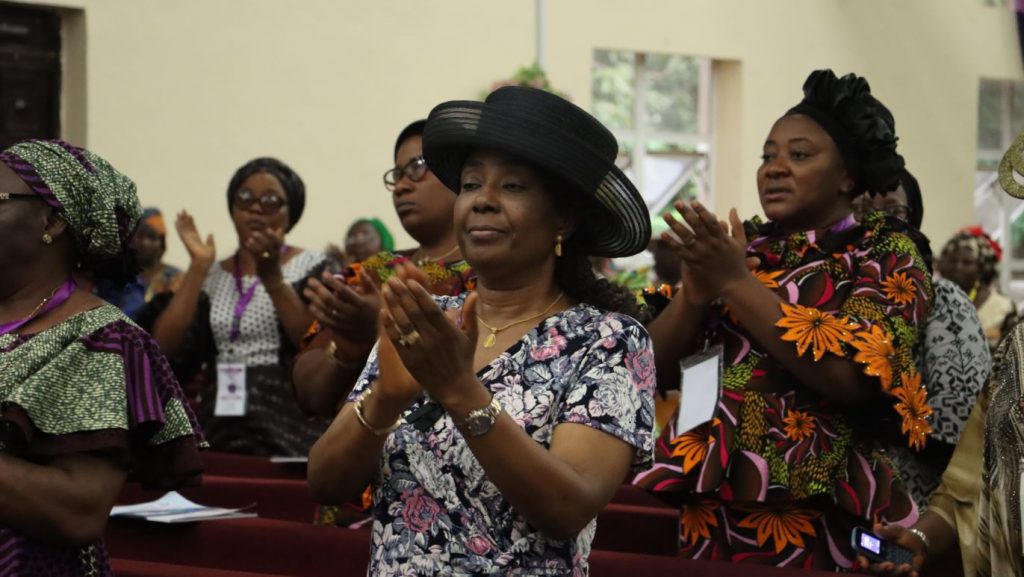 The President of Mothers’ union/ women’s/ Girls/ Ladies Guild, and wife of primate, Church of Nigeria, Mrs. Angela Ndukuba, has admonished women, most especially Christian women to resolve within themselves to obey and live according to the will of God

rather than living to satisfy their pleasure, especially in this trying time. Stressing that God is pleased when His Children encompass and surrender their totality to Him. 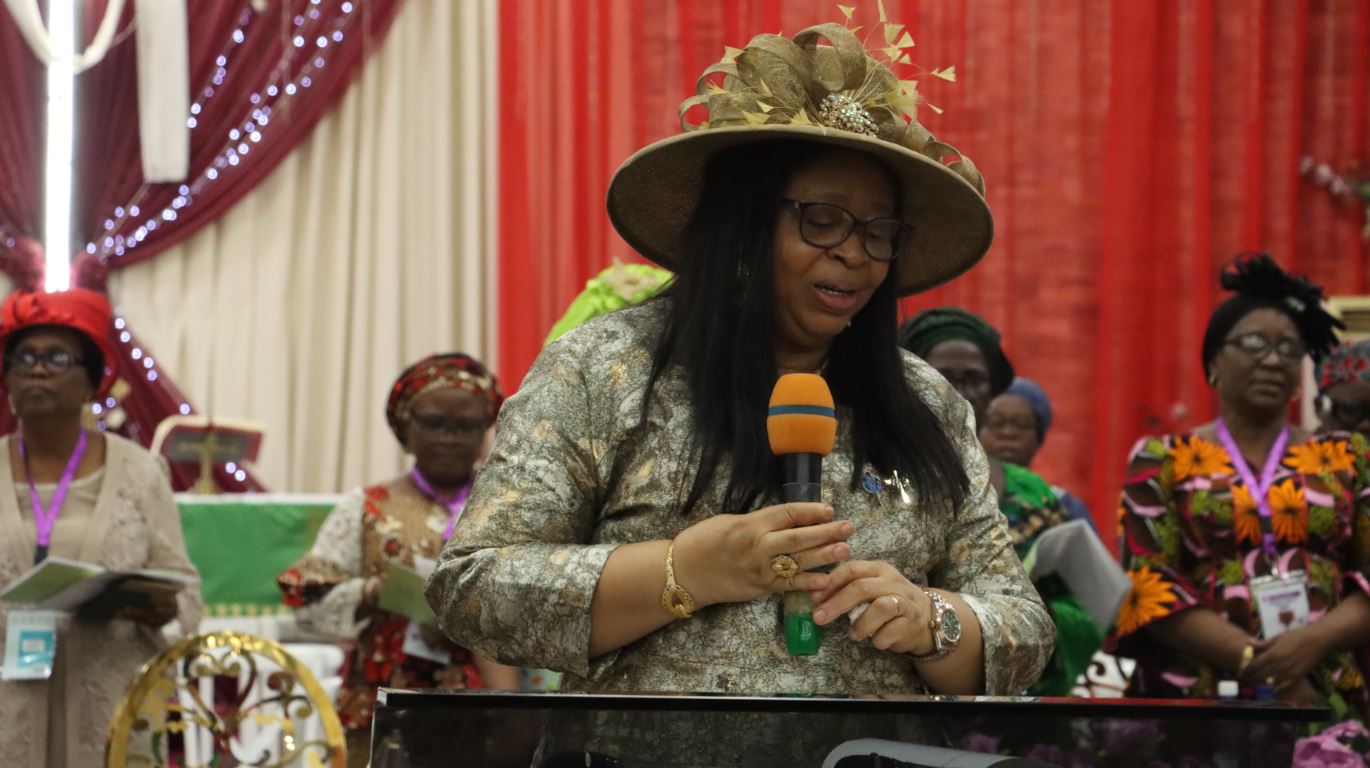 “When we resolve to do the Will of God rather than our pleasure and self-seeking, especially at challenging times, God is honored. The Will of God in the life of a believer encompasses the totality of human life. 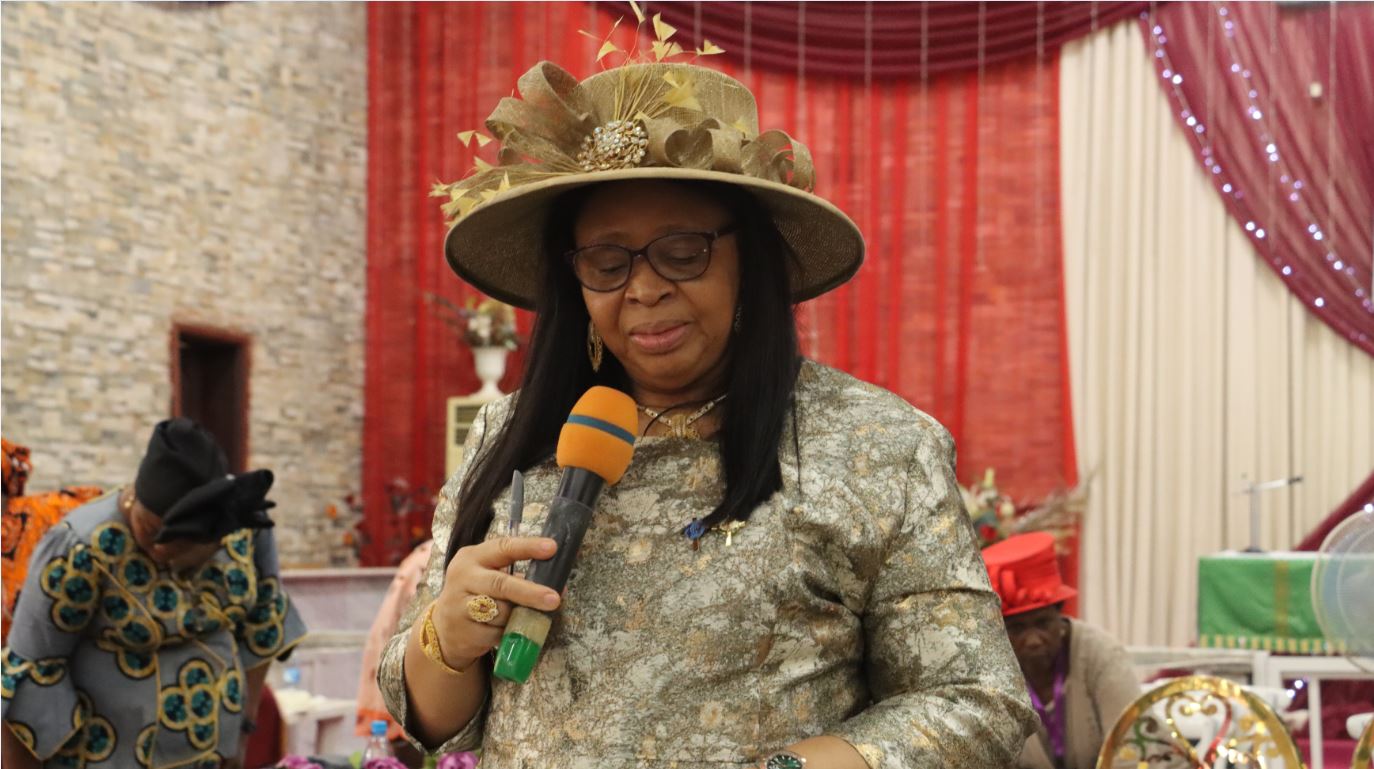 The primate’s wife gave this admonition in her presidential address, presented to the Mother’s Union Exclusive meeting, at the standing committee meeting of the church of Nigeria. As she called on them to develop and imitate the mindset of Christ which is selfless, compassionate, righteous, detribalized, and also renders service to humanity. 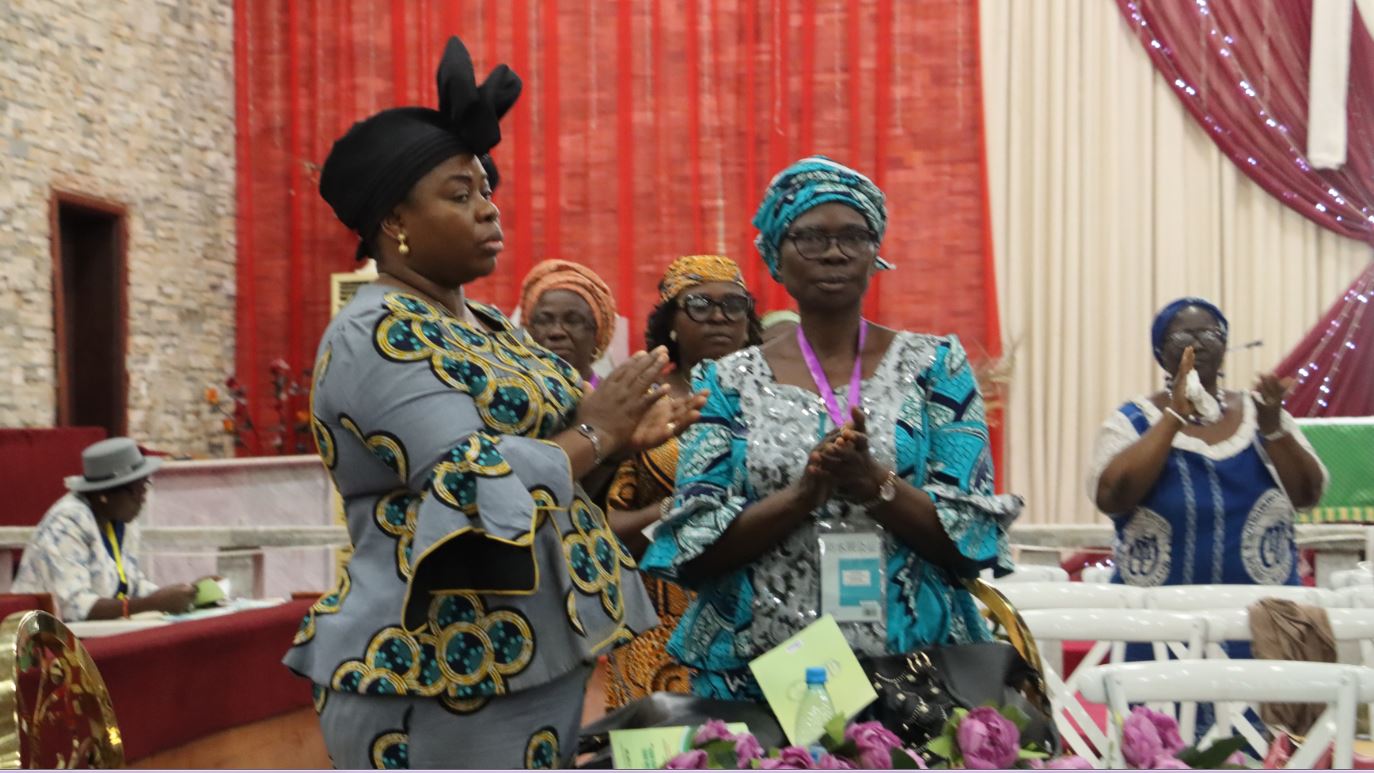 Speaking on the state of the nation, the president of the Mother’s Union, stressed the importance of women’s participation in the electoral process. She also joined other Christian bodies in Nigeria to condemn the Muslim- Muslim ticket of the APC. Adding that this is a plot to sideline Christians in a country where they are the majority. 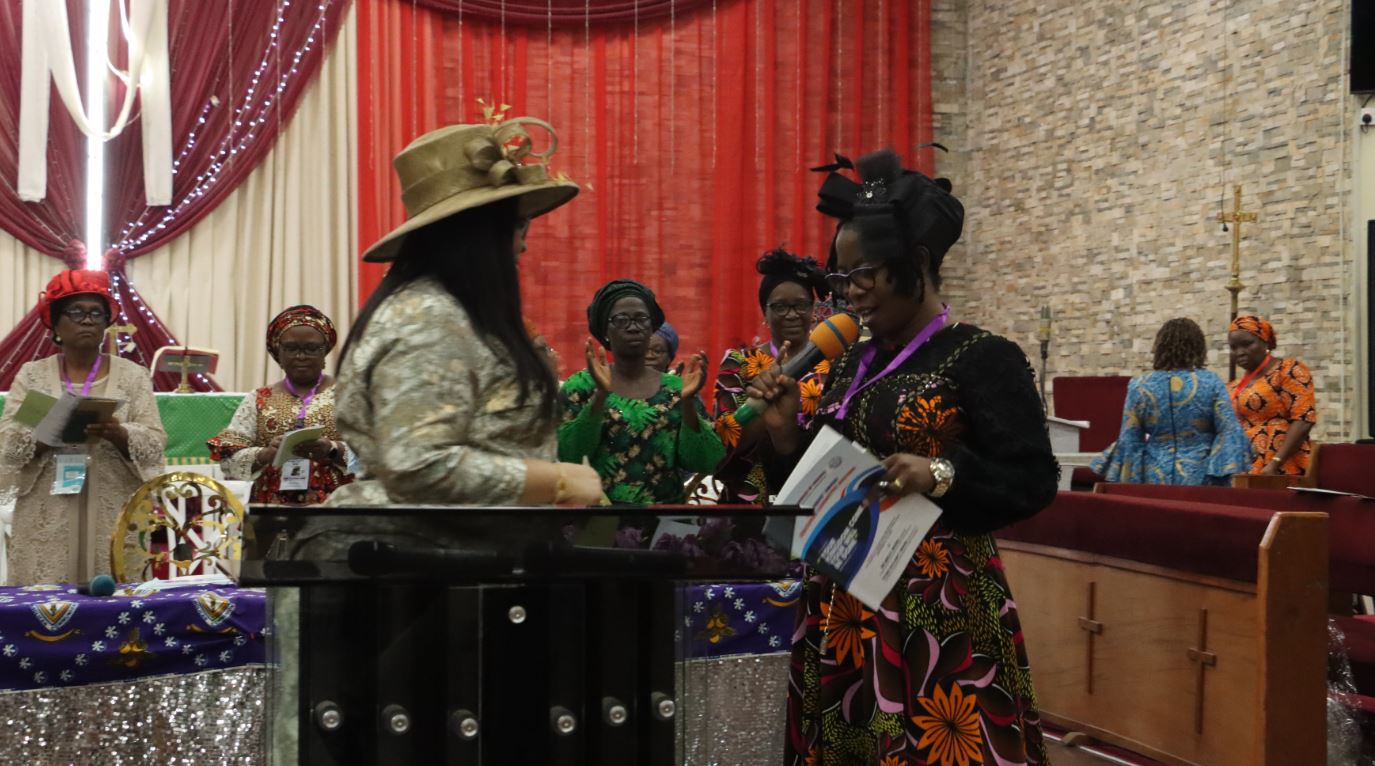 She further called on Nigerians to learn to tolerate their diversities and put aside religion, tribal and regional sentiments, and vote for integrity and for the unity of the country. 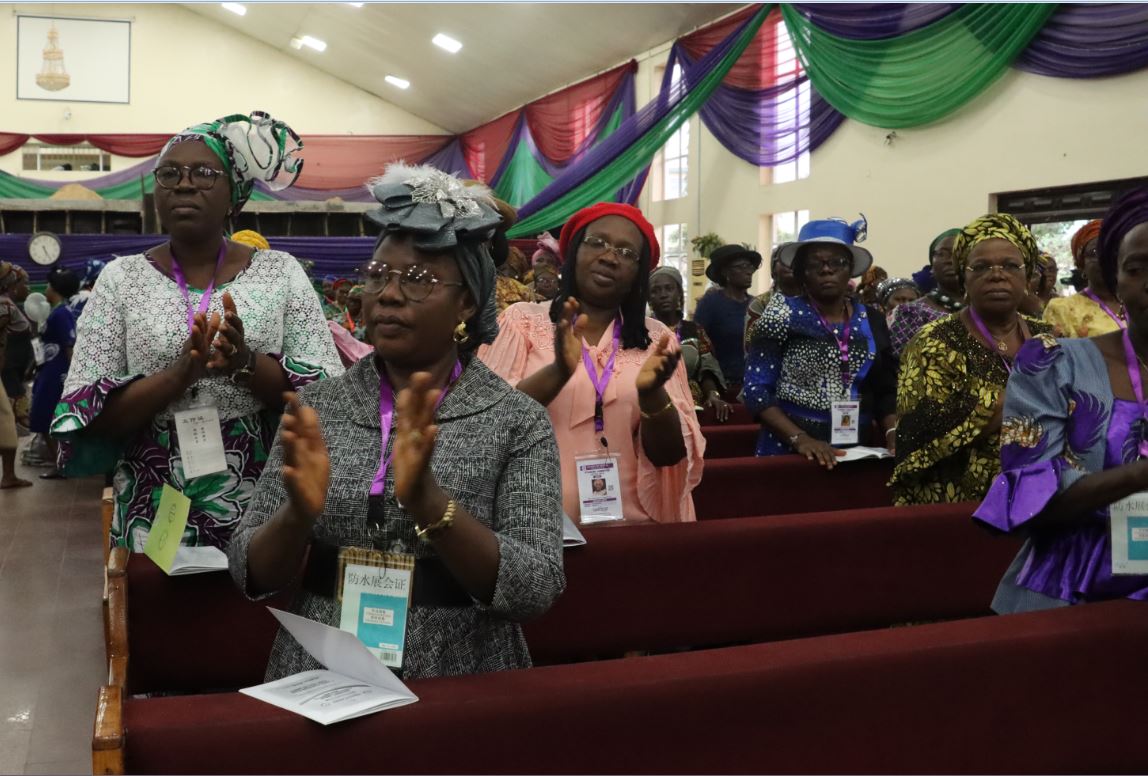 “Our participation as women in the electoral process is very crucial. The Mothers’ union join other Christian bodies in Nigeria to condemn the Muslim- Muslim ticket of APC.  We must tolerate our diversities and put aside religion, tribal and regional sentiments and vote for integrity, character and for the unity and progress of the country”. 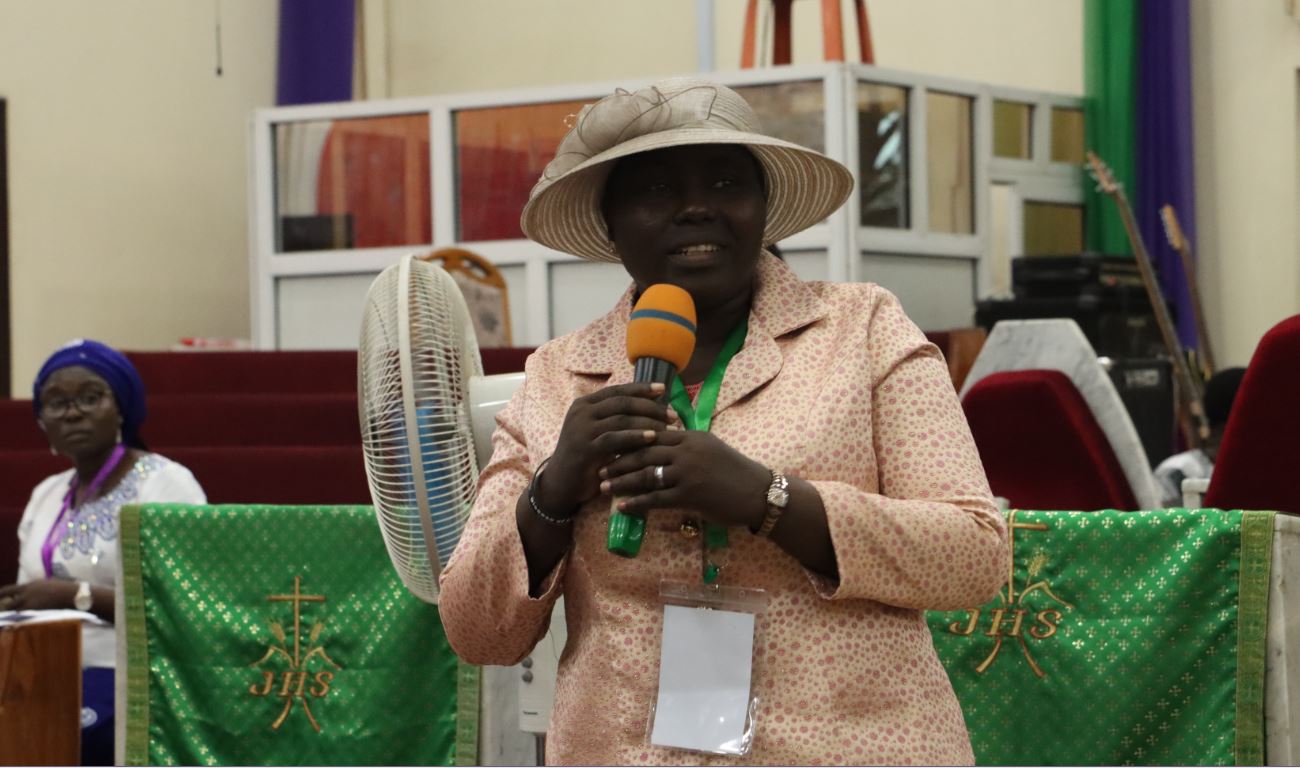 Speaking on the state of the Nigeria road, Mrs. Ndukuba, called on the federal ministry of transportation to rehabilitate the Nigeria roads for the easy and safe movement of people and goods, as she describes the present Nigeria roads as death traps. 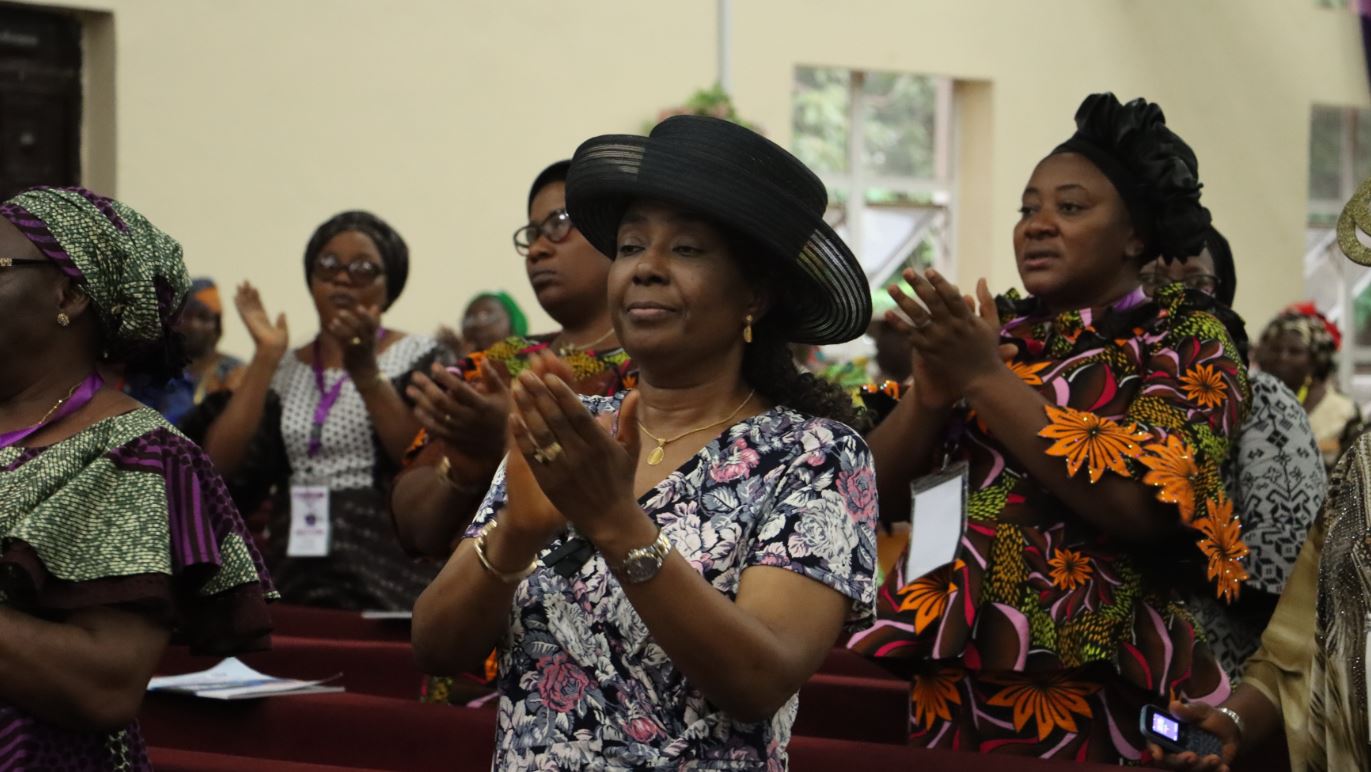 “Most delegates of this meeting came by air, not because they the exorbitant air-fare to pay or to show off, but because the Nigeria roads are death traps, unsafe and very bad which make travelers easy prey for accident and kidnappers. We are calling on the federal ministry of transportation to rehabilitate our roads nationwide for easy and safe movement”. 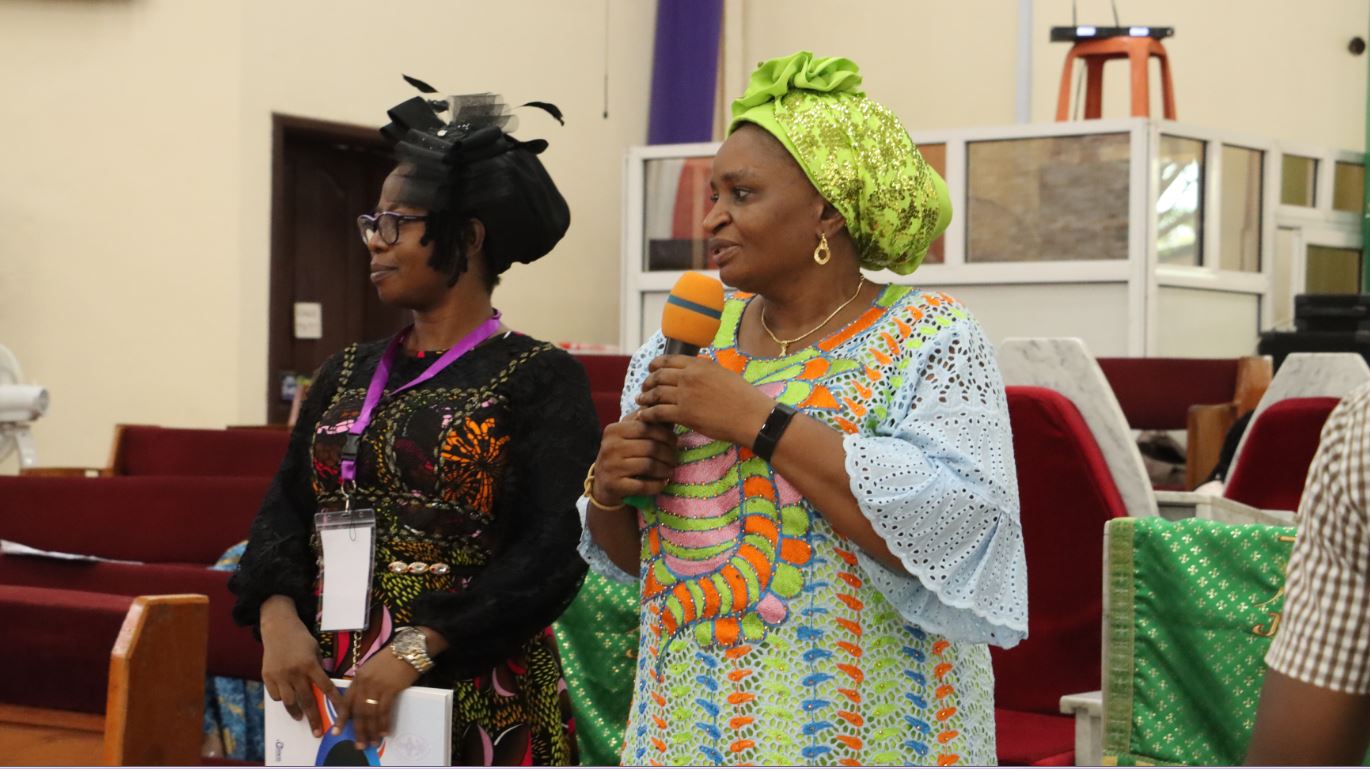 The women executive also acknowledged the efforts of the Nigerian government in plunging billions of naira to curb insecurity challenges bedeviling the nation’s developmental strides, and sanctity of life. Observing with deep concern, the deplorable crisis exemplified and fueled by widespread insecurity, kidnapping, maiming, banditry, etc. 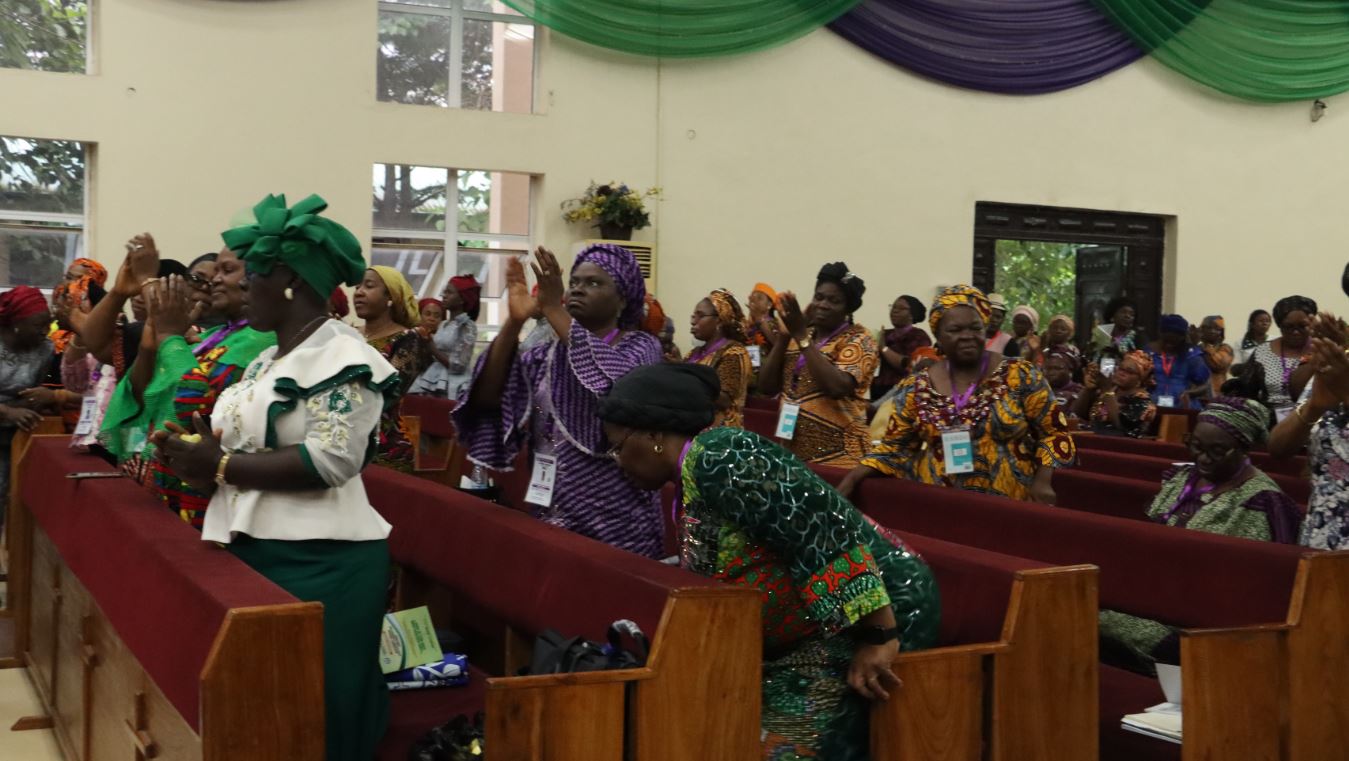 incessant strike actions embarked upon by the Academic Staff Union of the Universities. Urging the government to save the future of this country by repositioning the educational system of the country, where the welfare of the workers will be prioritized and remuneration revisited. 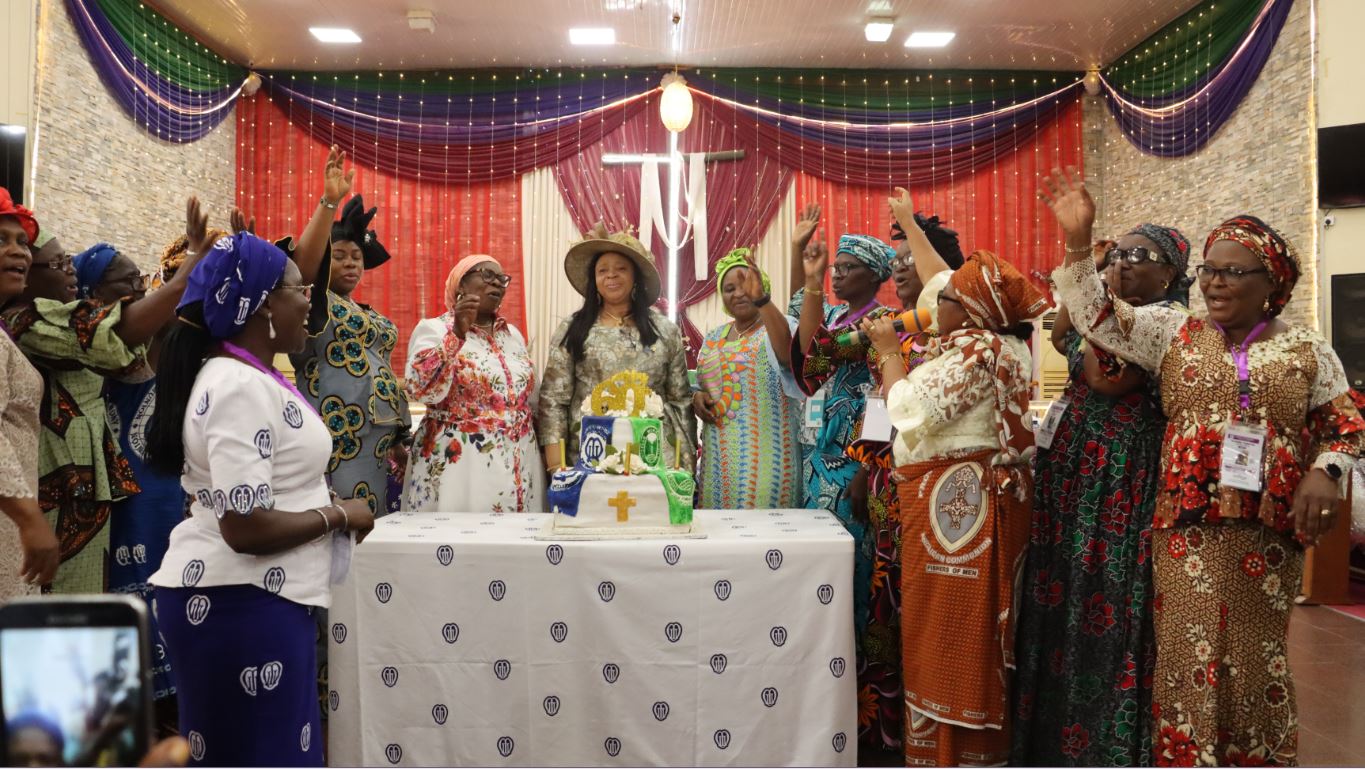 The event also featured the celebration of the primate’s wife’s 6oth birthday by the women executives, as she was showered with gifts. It would be recalled that the president of the mothers’ union recently clocked 6o years. 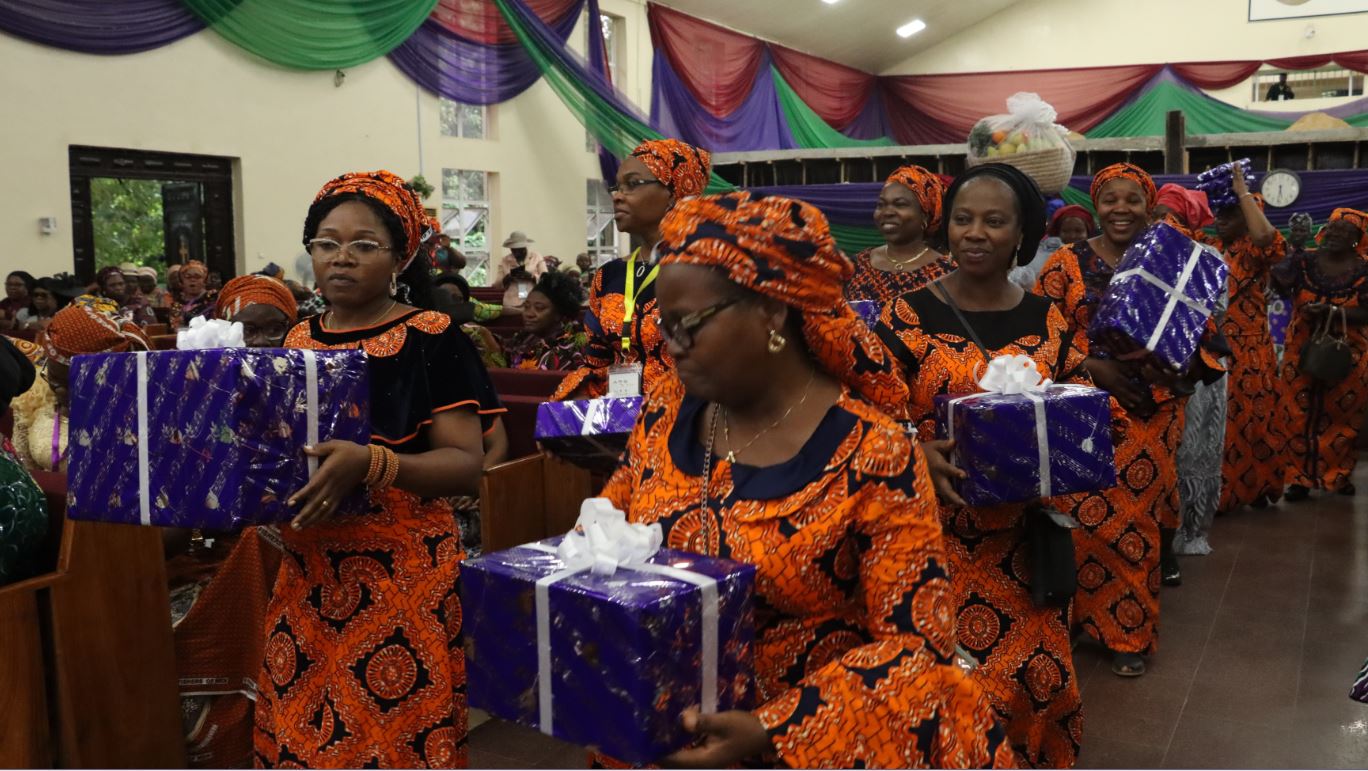