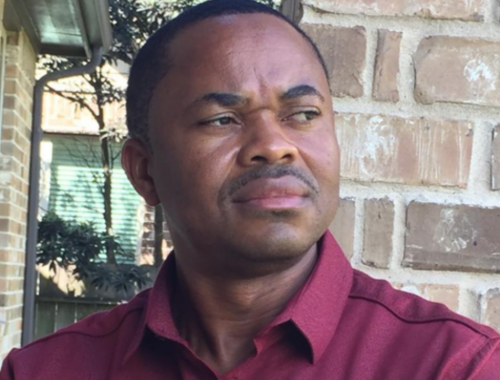 Apart from going to church every Sunday and surrendering to the Catholic church’s century-old worship rituals observed in Latin, my dad was hardly an overly religious man.

I remember being in this one prayer session where everyone spoke in tongues except him. It couldn’t have been that bad if cynicism was not written all over his face. His eyes darted back and forth in disbelief as if he was querying the celestial power of the anointing.

That day, I felt like the holy spirit perceived that he wasn’t there yet and decided it was best to let him alone. I watched my mother bury her head in shame but dad couldn’t be bothered. He was doing just fine with his Sunday-Sunday routine and wasn’t sure what that was all about. This was early in the days when the Charismatic Movement started making its grand entry into the Catholic church. Today it’s not about my dad and his faith. It’s about Christianity and the church in Nigeria, but I will get back to dad in a bit.

On April 12, 2020 while a wedding was taking place in Tegina Kabata village of Niger state, armed herdsmen stormed the church. In the end, 12 Christian faithful were macheted to death while the couple and some church members were later abducted to an unknown destination.

Between the third week of June and the middle of July, there have been no less than five attacks visited on the people of Zangon Kataf. Today, the Christian communities of Southern Kaduna state live under the terror of killer herdsmen and Jihadi groups who daily murder, rape and maim them on a whim.

Sometimes these murderers go the extra mile just to make some bold and unequivocal statements. On January 21, 2020 Rev. Lawan Andimi, the chairman of CAN in Michika local government area of Adamawa state who was abducted by Boko Haram fighters earlier that month was beheaded. This was after CAN already made a commitment to pay a whooping fifty million naira ransom as demanded by the insurgents to secure his release. This happened while we were still morning the gruesome murder of 11 Christians group beheaded in Maiduguri on Christmas Day of December 2019.

The whole idea is not to cause you nightmares by throwing up the scary statistics. That said, when you combine the wanton killings, burning down of Christian churches, looting and religious persecution of different kinds, there is no doubt that Christianity is under siege and no worst time in history to be a Christian in Nigeria. As I write this piece, Nigeria ranks only second to Pakistan in the number of Christians killed for their faith.

Following the Killing of the CAN chairman, the Northern Christian Forum of Nigeria issued a statement to the effect that “Murder of CAN chairman won’t break our trust in God”, the tone of which was defiant and commendable. What the body might not have reckoned however, was that when God created us in his own image, he trusted that we will do all that is necessary to protect that image. And that situations may sometimes require more than fasting and prayers. Did the Bible not talk about our Lord’s army? Ok, maybe not in a literal sense but the blood of those faithful cries every passing day to high heavens.

Somebody once defined insanity as doing the same thing over and over again and expecting a different result, yet that seems to be the factory reset for the Christian Association of Nigeria.

How about sending a delegation to the Vatican, UN or wherever? By now we expect to see western media houses flooded with videos of the gruesome killings. If you can’t fight for yourself, at least appeal to the conscience of the civilized world. Or maybe I have no idea on how to go about it but for Christ’s sake try something else beside fasting and prayer. CAN has since been operating as a loose association of Christian bodies and now is the time to come together as one under strong leadership. After all, the killer’s knife makes no distinction between a Catholic or a Protestant.

The Nigeria church is home to mega-churches and influential pastors who have the wherewithal to organize and make a difference but are busy darting around the globe in luxury birds, serving up arsinine conspiracy theories. Of course most come complete with fully armed security details even as they ask the rest of us to pray for God’s protection.

Lest I forget to finish off the story of my dad. There was another interesting part to his Christianity. Dad prided himself as a practical Christian which was to say he would meet you halfway between Moses(an eye for an eye) and Christ (giving the other cheek). In fact, his favorite quote from the Bible was “Faith without good work is dead”  King James version. Which is why I can only imagine what he would have to say to the current leadership of the Christian Association of Nigeria and the well worn call for fasting and prayers. In the current spate  of unprovoked vicious attack on Christian faithfuls, he probably wouldn’t advice a reprisal attack but at same time might not have minded amputating the hands of the attackers. And no he will not do that as a punishment but as a means to keep the offenders from continuing on the killing spree. That was the man I called dad.

Now just so we are clear, this whole piece is not about Muslims fighting Christians. It’s about an army of depraved men who belong in the societal fringes carrying out the most cowardly dastard act using the cloak of religion. I know it’s hard to imagine for us Christians given recent experiences but majority of our Muslim brothers are good people.

The word Jihad reflects crimes against humanity and evokes the images of mass slaughter and forced religion. What most of us easily forget is that jihad (holy war) also played a significant role in Christianity’s dark days. There was once upon a time in history when “Christians” killed both Muslims and Jews in the name of God. If in doubt, don’t just take my word for it. I recommend the book “An important evangelical work, Christian Jihad” by Caner and Caner for your reading pleasure.

Today, Christianity is under a serious attack by enemies that are unrelenting and constantly evolving. I believe it’s time to heed the Caners warning that vigilance is needed also today to see that the church’s freedom is not impeded by the state or a group. To protect that freedom, it’s imperative we deploy all that is necessary.

“Yea, a man may say, Thou hast faith , and I have works: shew me thy faith without thy works, and I will shew thee my faith by my works…. For as the body without the spirit is dead , so faith without works is dead also”.

Because sometimes you need to hear it directly from King James himself.

Dr. Agbo is the President and CEO of African Center for Transparency and writes from the United States