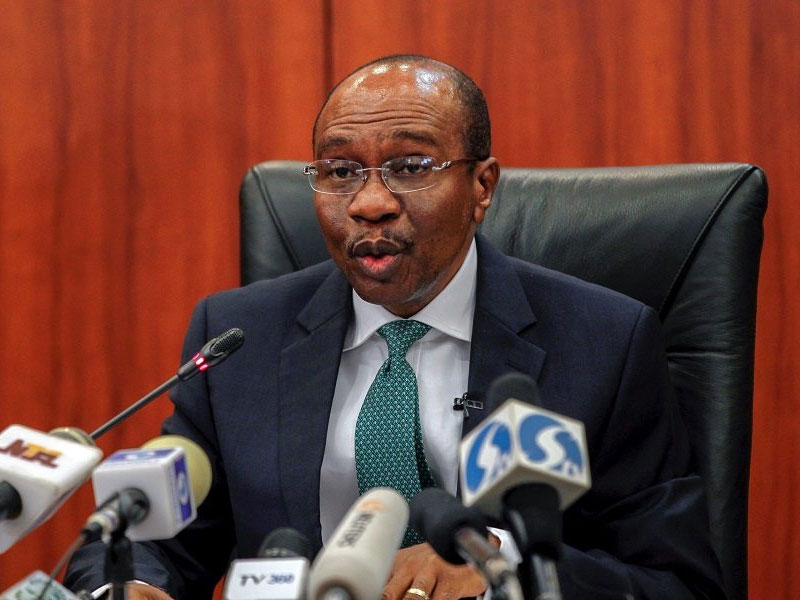 As part of its continued efforts to mitigate the impact of COVID-19 on households, businesses and regulated institutions, the Central Bank of Nigeria (CBN) has reduced interest rates on its facilities through participating Other Financial Institutions (OFIs) from nine per cent to five per cent per annum for one-year, effective March 1, 2020.

The bank, in a circular signed by the Director, Financial Policy and Regulation Department, Mr. Kevin Amugo, posted on its website yesterday, said CBN intervention facilities obtained through participating OFIs – Microfinance Banks (MFBs), Primary Mortgage Banks and institutions, among others, would be given a further one-year moratorium on all principal repayments, also effective March 1, 2020.

According to the circular, OFIs have also been granted leave to consider temporary and time limited restructuring of the tenor and loan terms for households and businesses affected by COVID-19, subject to the recently issued guidelines for restructuring affected credit facilities in the OFI sub-sector.

Expatiating on the decision of the bank, the Director, Corporate Communications Department, Isaac Okoroafor, said the approval was in line with the bank’s desire to alleviate momentary strain on households, businesses and regulated institutions triggered by the lockdown due to COVID-19.

He explained that CBN would also continue to monitor developments and implement appropriate measures to safeguard financial stability and support stakeholders impacted by the COVID-19 pandemic.

Meanwhile, some economists and financial market analysts have predicted that the CBN Monetary Policy Committee (MPC) would leave the benchmark monetary policy rate (MPR) and other tools unchanged at their meeting in Abuja, today.

The commentators made the prediction in separate interviews with THISDAY.
MPC had at its last meeting in March resolved to allow its interventions on COVID-19 to permeate the economy and had retained MPR at 13.5 per cent.

The committee had also left both the Cash Reserve Ratio (CRR) and Liquidity Ratio unchanged at 27.5 per cent and 30 per cent respectively. MPR is the rate at which CBN lends to commercial banks and often determines the cost of borrowing in the economy.

CBN Governor, Mr. Godwin Emefiele, had explained that the decision to keep all monetary policy tools unchanged was to allow previously announced interventions “time to permeate the economy and allow pandemic to wear out itself.”

But as the committee holds the meeting, which was rescheduled for today because of the Eid-el-Fitr holidays, the Managing Director/Chief Executive Officer of the Financial Derivatives Company Limited, Mr. Bismarck Rewane, said: “I don’t think there would be any change.

“This is the time to stabilise the patient (the country) and so I don’t think there would be changes. First and foremost, the level of capital formation and national savings are low, but at the same time, we have inflationary problems. So, I don’t think the policy makers at this point in time should tighten monetary policy, which is what they should do.

“The announcement of tightening can even send the wrong signals. So, for now, you can still tighten, but without adjusting MPR.”

“If for anything at all, this is the best time to drop MPR, but because of the level of uncertainty and there is not much clarity, I think things would be held stable,” he said.

Similarly, analysts at Nova Merchant Bank Limited predicted that at the end of the meeting, the committee would maintain status quo on key policy rates, especially MPR, “as we believe it will do little to support aggregate demand given that loan to deposit ratio has had more significant impact on lending rates.”

The Nigerian Gross Domestic Product Report – Q1 2020, released by the National Bureau of Statistics (NBS) on Monday, however, showed that the performance represented a contraction by 0.68 per cent compared to the 2.55 per cent growth rate recorded in the fourth quarter (Q4) 2019.

Also, the consumer price index, which measures inflation, hit a two-year high in April to stand at 12.34 per cent, according to data released by NBS last week.
The last time inflation was in this region was in April 2018 when it stood at 12.48 per cent.