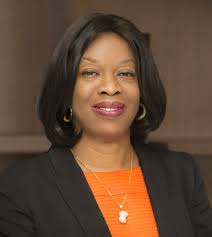 President Muhammadu Buhari has reversed the dismissal of Marilyn Amobi as the managing director of the Nigerian Bulk Electricity Trading Company Limited (NBET).

The directive is in a memo issued by the office of the secretary to the government of the federation (SGF).

In December 2019, Sale Mamman, minister of power, asked Amobi to step down with immediate effect in order to “restore sanity” in the management of the agency.

The minister also directed the constitution of a 5-man investigative committee to look into the allegations against the MD.

A general manager of the agency, Nnaemeka Ewelukwa immediately assumed office as the acting managing director of NBET.

Ewelukwa has been asked to step aside for Amobi to resume her former position.

Buhari also overruled the minister on the suspension of Damilola Ogunbiyi as the managing director of the Rural Electrification Agency (REA).

Before her suspension, Ogunbiyi, first female MD of the REA, had tendered her resignation to take up a job as the UN special representative for sustainable energy and CEO of Sustainable Energy for All (SEforAll).

Although the president reversed her suspension, he accepted her resignation.