Why We Back FG On Fuel Subsidy Removal– IPMAN, Others 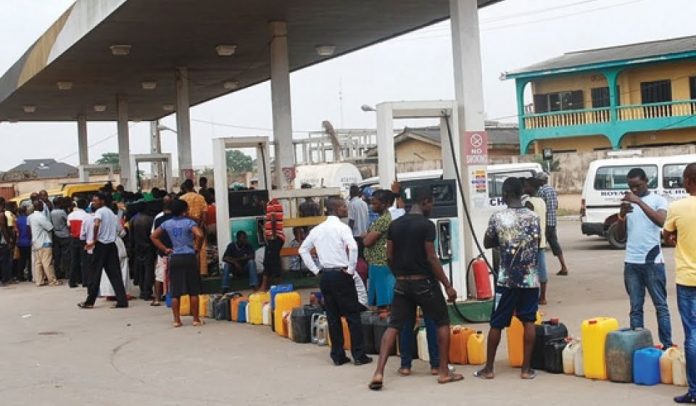 The Independent Petroleum Marketers Association of Nigeria (IPMAN) has explained why it is backing the Federal Government’s plan to remove subsidy on Premium Motor Spirit (PMS), also known as petrol by 2022.

IPMAN’s President, Chinedu Okoronkwo, told the News Agency of Nigeria (NAN) on Friday in Lagos that the Petroleum Industry Act (PIA) signed into law by President Muhammadu Buhari on August 16 had no provision for subsidy.

NAN reports that the Minister of Finance, Budget and National Planning, Zainab Ahmed, had announced that the government would remove fuel subsidy and replace it with a monthly N5,000 transport grant to about 40 million poor Nigerians.

Mr Okoronkwo said: ”We, as marketers have always advised the government to remove petrol subsidy because it is not in the interest of development of the downstream sector.

“We welcome the decision of the government to stop subsidising petrol by 2022 and we are hoping it will attract more investments to the sector, especially with the passage of PIA.

“What we want is that a level playing field be provided for everyone in the sector to encourage competition once the subsidy is removed.”

He, however, advised the government to reinvest the subsidy savings in critical areas such as healthcare, education, agriculture and other sectors that would increase revenue accruing to the country.

He said the 2022 deadline was realistic and its impact might be mitigated with the coming on stream of the 650,000BPD Dangote Refinery, Bua Group Refinery, Waltersmith Refinery and other modular refineries.

Mr Oyebanji, who is the Managing Director of 11 Plc, however, faulted the plan to replace the subsidy with cash transfer to Nigerians due to lack of a reliable data base in the country.

“In my personal opinion, I am of the view that such funds should be channeled to areas like education and mass transportation that would be accessible to ordinary Nigerians,” Mr Oyebanji said.

An oil and gas expert, Wilson Opuwei, said the conversation about fuel subsidy in Nigeria ”should have been a thing of the past because it was an obvious wastage of the nation’s resources”.

Mr Opuwei, who is the Chief Executive Officer of Dateline Energy Services Ltd., maintained that the elite were the major beneficiaries of the fuel subsidy regime.

He said: “We should let market forces determine the price of petrol and other products, not government dolling out subsidies with funds that we don’t even have.”