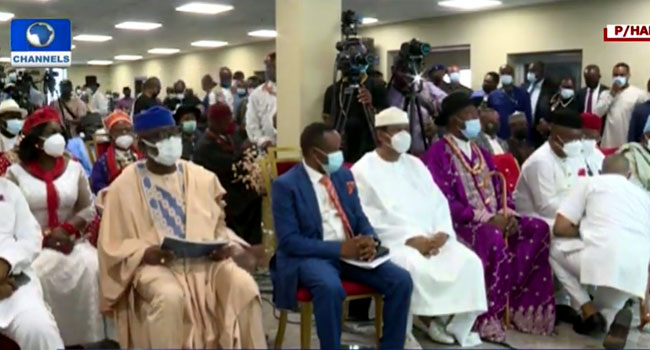 Other stakeholders including the Interim Administrator of NDDC, Mr Effiong Akwa, Minister of Niger Delta Affairs, Senator Godswill Akpabio were at the commissioning of the N16 billion new complex.

According to Akpabio, the completion of the 13-floor building shows the focus and determination of the commission.

Mr Akpabio said that the building which started in 1996 witnessed a slow pace of work until 2019 when President Muhammadu Buhari committed to its completion.

Akpabio who commissioned the building on behalf of the President described the successful completion of the building as, “A milestone which shows the commitment of President Muhammadu Buhari to the development of Nigeria particularly the Niger Delta region.”

He added that “I want to thank the President for the love he has for the Niger Delta Region and to say that, Mr President, this is a monument that stand to remember you in his positively.

“The East-West zone that you were committed to completing started in 2006 but together we have pledged that this time next year, you will also commission section 1-4 and the good people of Niger Delta will all be grateful to you. Generations will never forget you, Mr President.”