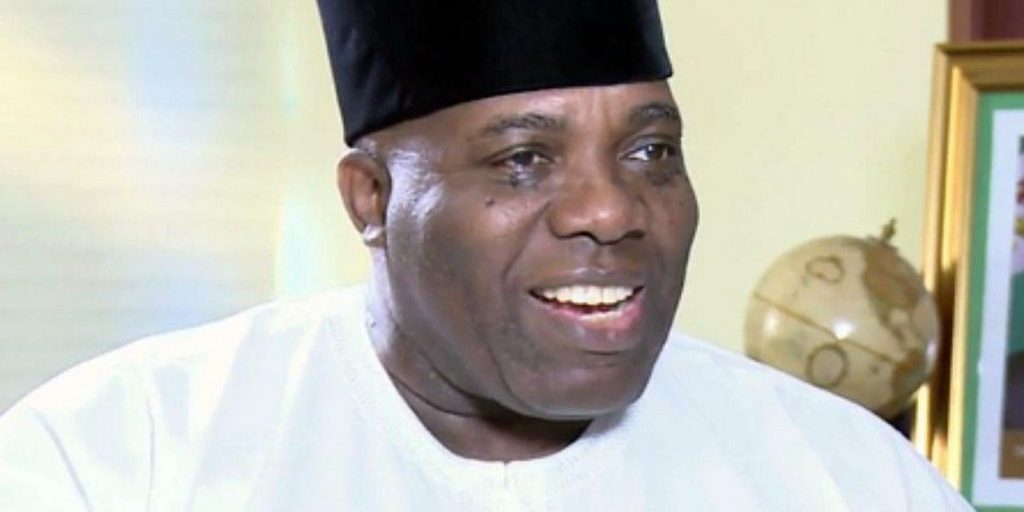 Ex-Presidential aide, Dr Doyin Okupe and his wife, Aduralere, have been discharged from an isolation centre in Ogun State.

They tested positive for coronavirus on April 23 and underwent treatment.

They were discharged on Tuesday morning.

Okupe, who stated these, on his twitter handle @doyinokupe, thanked Governor Dapo Abiodun and medical personnel at the centre for their recoveries.

He tweeted: “On the 23rd of April my wife aduralere and I tested positive to covid19 virus. To the Glory of God we were discharged this morning after obtaining 2 negative reports.‘’I thank Almighty God for His Mercies. I thank Gov Dapo Abiodun,d hon com of health dr Coker & staff of d centre.’’ 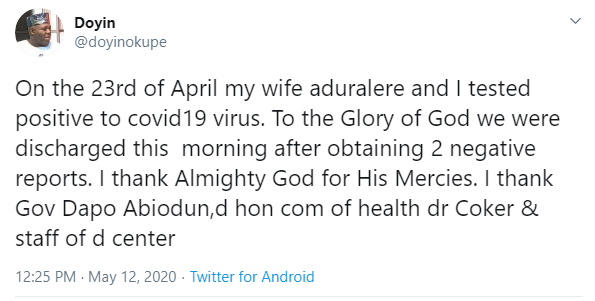