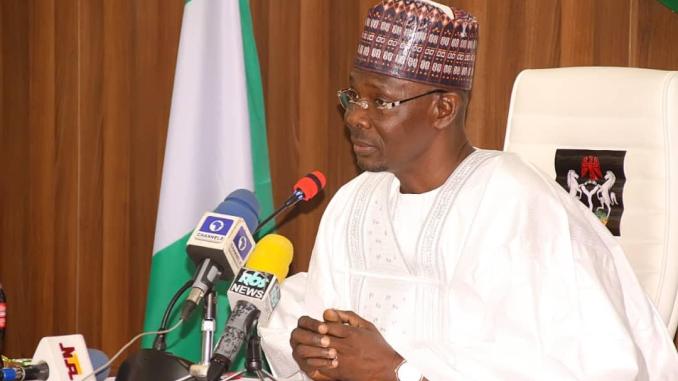 Governor Abdullahi Sule of Nasarawa state has again raised alarm over the regrouping of Boko Haram members in three Local Government Areas (LGAs) of the state.
Sule stated this on Monday, in his opening speech during an expanded security council meeting at the government house Lafia.
The governor said he has contacted the security men in Abuja where mobile special forces were sent to the state.

He said the three LGAs include Wamba, Nasarawa and Karu.
“Unfortunately, a lot of them being members of Daru Salam that have turned into Boko Haram. They have now actually re-grouped in places like Bakono, Kabusu, Pander, Danbata and Gidan rice in Nasarawa, Wamba and Karu LGAs.
“From what we have seen so far, there are renewed activities of this dislodged bandits, we have these bandits that are in Utu in Toto LGA that were recently dislodged,” he said.

The governor further said the state has continued to witness influx of unknown Fulani herdsmen especially in Wamba, Karu, Doma and Awe LGAs due to what had happened in Ondo and Oyo states to Hausa/Fulani community which had worsen the situation.
He however, said the special forces are divided into five units and sent to Gitata, Mararaba-udege, Ogunba Tunga, Gudi Moro, Abaka in Farin Ruwa areas to monitor the situation in those areas.