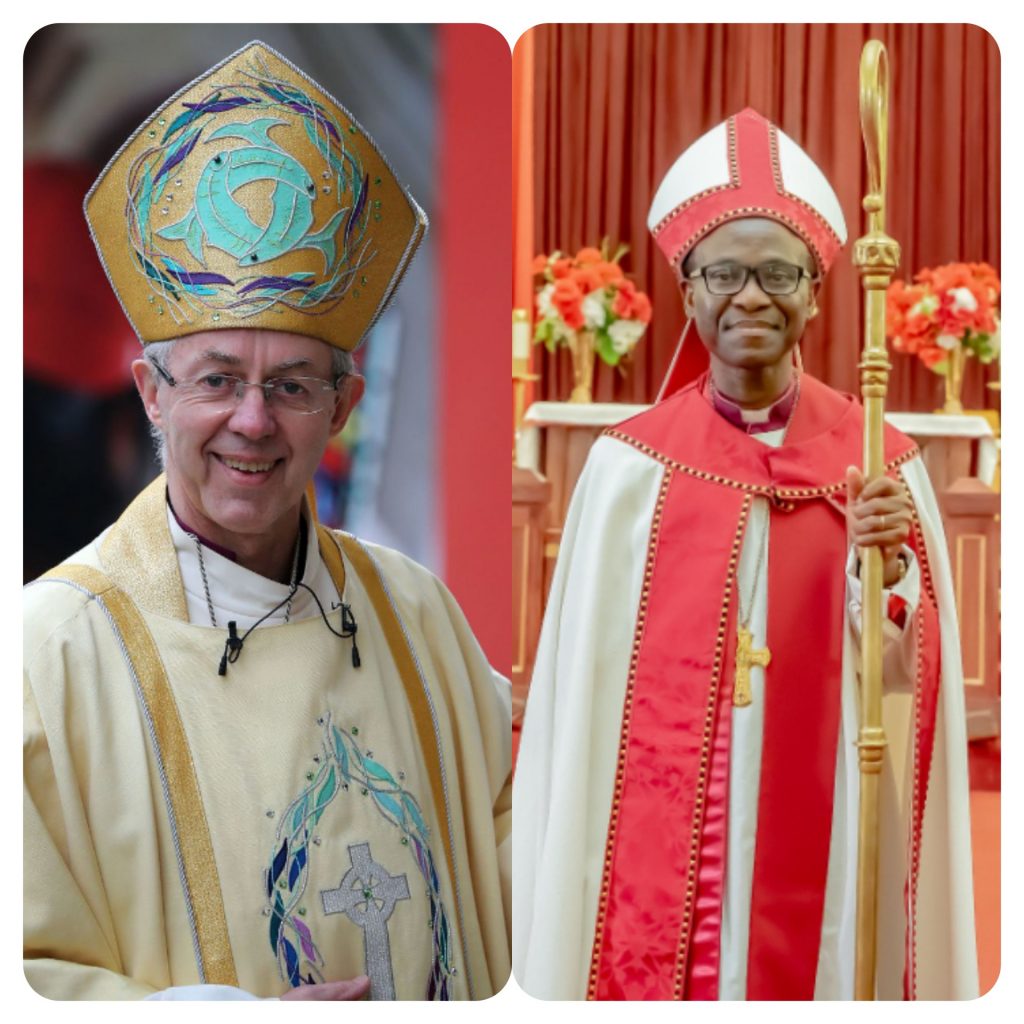 The bishop of the Anglican Diocese of the West and coordinating bishop of CONNAM, the Rt. Revd. Dr. Felix Orji has responded to the letter of the Archbishop of Canterbury, the Most Revd. Justin Welby 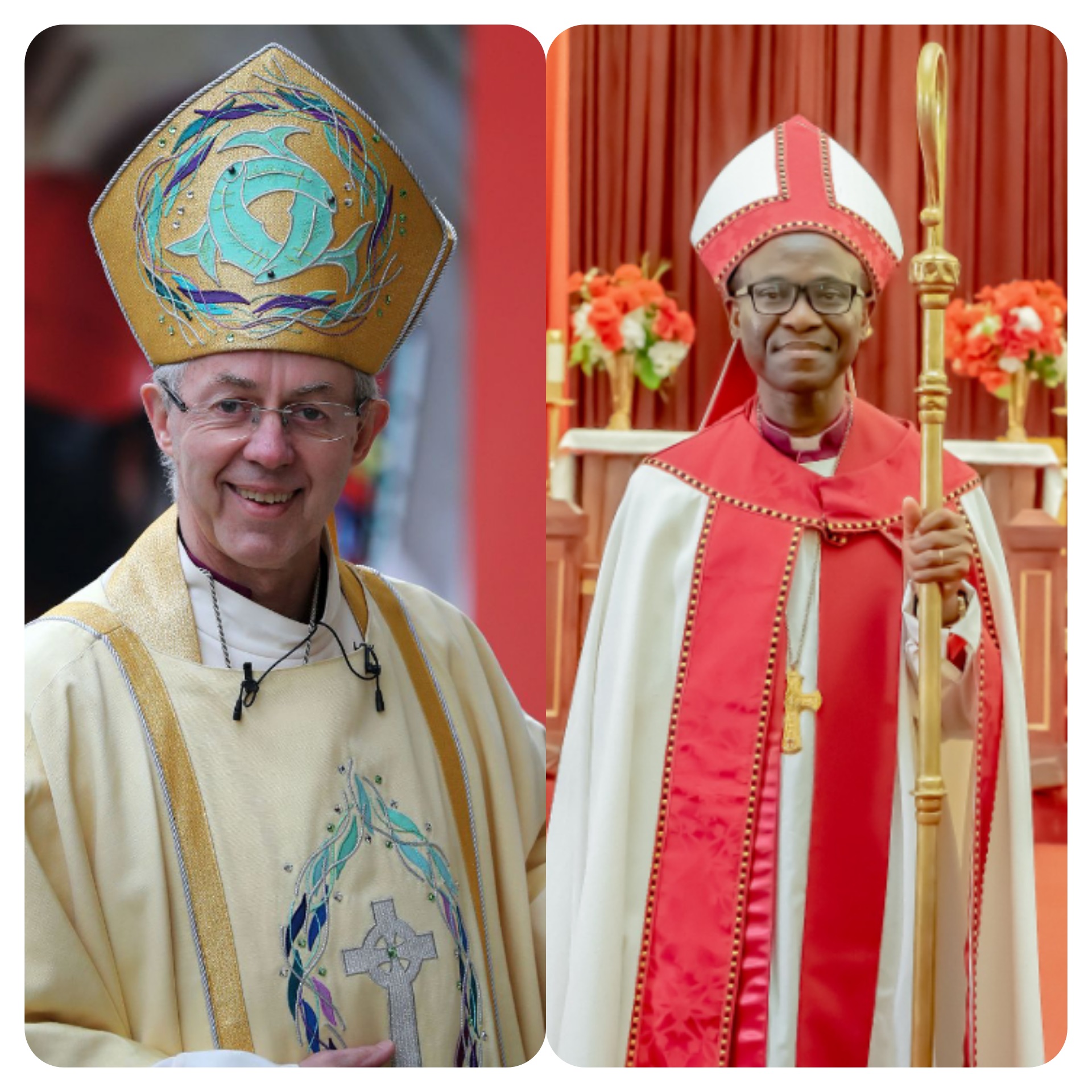 stressing that the statement by the Archbishop of Canterbury on Lambeth 1:10 is a classic example of a non-committal affirmation of the validity (read EXISTENCE) thereof.

‘’This statement by the Archbishop of Canterbury on Lambeth 1:10 is a classic example of a non-committal affirmation of the validity (read EXISTENCE) thereof. It is intentionally ambiguous so that his statement is useless for use by conservatives in the Anglican Communion.  So, based on what he has written Archbishop Welby is not really committed to Lambeth 1:10 and he believes that the orthodox stance of Lambeth 1:10 on sex and marriage is injurious to the unity of the Anglican Communion. Hence his letter is vague and intended to accommodate everyone but ended up obfuscating the truth. The Bible is much clearer on the issue- marriage is for one man and one woman and that is the only context for sexual activity. It’s that simple. The confusion and hurt in the Anglican Communion are the results of refusing to follow the clear teaching of Scripture on this issue of human sexuality and marriage’’. – Bishop Felix Orji, OSB.

The Archbishop of Canterbury, the Most Revd. Justin Welby, had on Tuesday, the second of August written to all of the bishops of the Anglican Communion ahead of the Lambeth Conference.

The letter reads below:

“The Archbishop of Canterbury has written to all of the bishops of the Anglican Communion ahead of the Lambeth Conference discussion today on Human Dignity. Here is the text of his letter:

Dear Sisters and Brothers in Christ,

As the Lambeth Conference continues, I give thanks to God for our time together, online and in person, and I express again my sadness that not all Anglican Bishops and spouses are participating. Above all, I feel this gathering is affirming that we belong to one another in Jesus Christ and that as Anglicans we are called to share his Good News with a world in need – across a great diversity of cultures and contexts. May God’s Holy Spirit inspire and empower us to share Christ’s love with all those we are called to serve in the challenging years ahead.

I wanted to write this letter to you now so that I can clarify two matters for all of us. Given the deep differences that exist within the Communion over same-sex marriage and human sexuality, I thought it important to set down what is the case. I write therefore to affirm that the validity of the resolution passed at the Lambeth Conference 1998, 1:10 is not in doubt and that the whole resolution is still in existence. Indeed, the Call on Human Dignity made clear this is the case, as the resolution is quoted three times in paragraph 2.3 of the Call on Human Dignity.

The Call states that many Provinces – and I think we need to acknowledge it’s the majority – continue to affirm that same-gender marriage is not permissible. The Call also states that other provinces have blessed and welcomed same-sex union/marriage, after careful theological reflection and a process of reception.

In that way, the Call states the reality of life in Communion today. There is no mention of sanctions, or exclusion, in 1.10 1998. There is much mention of pastoral care. We have a plurality of views. As Lambeth 1.10 also states: “all baptized, believing and faithful persons, regardless of sexual orientation are full members of the Body of Christ” and to be welcomed, cared for, and treated with respect (I.10, 1998).

What is also clear is that Lambeth 1.10 itself continues to be a source of pain, anxiety, and contention among us. That has been very clear over the course of this Lambeth Conference. That is also part of the current reality of our Communion. To be reconciled to one another across such divides is not something we can achieve by ourselves. That is why, as we continue to reflect on 1 Peter, I pray that we turn our gaze towards Christ who alone has the power to reconcile us to God and to one another.

There is of course much more to reflect on after the Conference and I will be writing to you all again after I have had the opportunity to reflect further.  For now, on this matter on which we are so divided, I want to repeat a sentence from the Call: “As Bishops, we remain committed to listening and walking together to the maximum possible degree, despite our deep disagreement on these issues.”

Let us abound in love for all, for our brothers and sisters are never our enemies. Let us above all focus on the great issues – which we discussed with much energy – of being God’s Church for God’s world, serving with humility and grace, and bringing glory to the one who when we were still sinners died for us (Romans 5:8)”.

Your brother in Christ