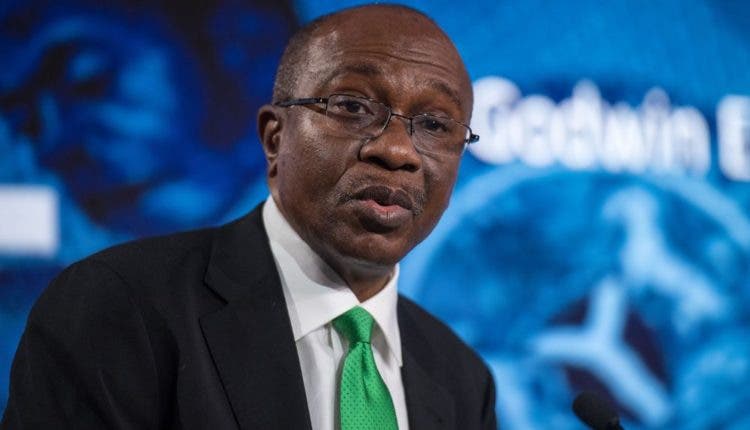 THE Central Bank of Nigeria (CBN) has told state governments to act as good debtors by paying the debts that they owe to both commercial banks and the apex bank in order to be creditworthy.

At the end of its Monetary Policy Committee (MPC) meeting on Tuesday, CBN Governor, Mr Godwin Emefiele also disclosed that the bank retained the Monetary Policy Rate (MPR) at 11.50 per cent along the asymmetric corridor at +100/-700 basis points around the MPR; CRR at 27.5 per cent; and Liquidity Ratio at 30 per cent.

Answering questions after reading the communique, Emefiele said the debts owed by the states were in two categories: “there are intervention facilities granted by the bank and there is a bilateral facility granted by the deposit money banks to them.

“They went to deposit money banks, they asked for loan, they signed the offer letters with those banks, they gave an Irrevocable Standing Order to the Federal Ministry of Finance that on a monthly basis MOF should deduct from their monies and pay the banks for the loans they have taken.

“I am aware that the banks have written to Finance and they have copied me that they want their money. “If it was the bilateral agreement, in fact, the privacy of contract here, I am not part of it so they should pay their loans.

“On the CBN intervention facility to the state governments, we are engaging the National Economic Council and CBN is also insisting on its loan to be paid but after the outcome of engagement between CBN, Finance and NEC we will begin to take the monies but, in any case, it is good for you to be a good debtor.

“If you take a loan, you pay so that when you go back to the bank you can get but if you refuse to pay, you will never smell the doorstep of the banker again”, he declared.

The communique noted that the twin problems confronting the Nigerian economy that must be addressed relate to stagflation, reflected in rising inflation with simultaneous contraction in output.

NPC also noted that the strategies put in place to rein in inflation through the use of series of administrative measures by the bank to control money supply through liquidity mop up in the banking industry had started to yield results.

MPC believed that measures aimed at reigning inflation and boosting productivity should include boosting consumption and investments, as well as diversifying the base of the economy through FX restrictions for the importation of goods and food products that can be produced in Nigeria. It also urged the bank to continue to put in place measures that will boost export earnings.

It urged the government to avoid an entire nationwide lockdown should the country be confronted with Covid-19 resurgence as experienced in 2020, as this will reverse the wholesome gains jointly achieved between the government and the central bank in response to the outbreak of the pandemic.

MPC reiterated its call to the government to intensify efforts towards addressing the security situation in the country to ease supply bottlenecks and bring down food prices. While realising the country’s huge indebtedness, MPC advised the government to collaborate with Nigeria’s huge diaspora, through the issuance of diaspora bonds targeted at specific infrastructure projects.

“Project-specific diaspora bond issues could conveniently pay itself back without imposing a burden on government finances.

“It noted the complementary role this would play in boosting foreign exchange supply, accretion to reserves and easing of the current exchange rate pressure.”