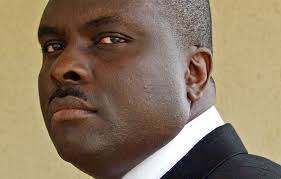 Ahmed Idris, the Accountant General of the Federation, on Tuesday said the £4.2m looted by ex-Delta State Governor, James Ibori, has been returned to the state.

The Attorney-General of the Federation, Abubakar Malami had on March 9 said the loot would be used for the construction of the second Niger Bridge, Abuja-Kano road, and Lagos-Ibadan Express road and not returned to the Delta State Government where it was pilfered from.

He argued that the law that was alleged to have been breached by Ibori was a federal law and that the parties of interests involved in the repatriation of the funds were national and not sub-national governments.

“The major consideration relating to who is entitled to a fraction or perhaps the money in its entirety is a function of law and international diplomacy,” Mr. Malami said during his Tuesday appearance on Channels Television’s Politics Today.

But the Accountant-General told the House of Representatives Ad hoc Committee that recoveries are made by the Federal Government on behalf of states.

According to him, any recovery arising from looted funds from a particular state would go directly to the states.

“It was paid to Delta State,” he said when asked where the money was diverted to. “So such recoveries go specifically to those states. Honourable Chairman, any recovery arising from the looted funds from a particular state goes to the state. The state governors will not even allow this to fly.”

“You know they will not. They will take the Federal Government to court for holding their money. So we don’t joke or play with that, we pay them their money.”

His remarks come a week after The Federal Government announced that it had received the £4.2million seized from the associates of the convicted former governor from the United Kingdom.