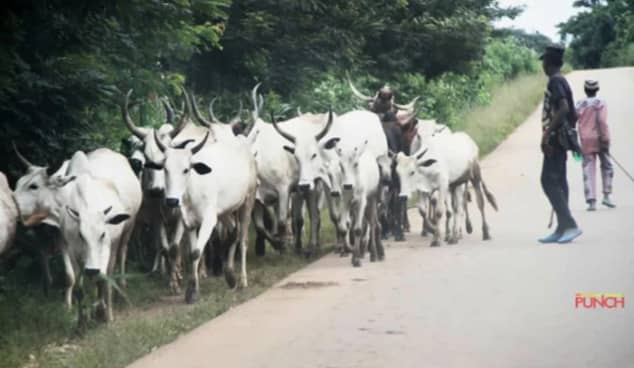 The Coalition of Northern Groups, in a statement on Sunday, said the Southern governors unfairly profiled the entire business community of herders as the sole cause of the bulk of the security challenges in the region in their resolution in Asaba, Delta State.

It accused the governors of deliberately leaving out the Indigenous People of Biafra and the Eastern Security Network among others in identifying causes of security challenges in their domains.

The CNG’s position was contained in a statement by its spokesman, Abdul-Azeez Suleiman, titled ‘Response to the Asaba Declaration by Southern Nigerian governors.’

It added that the southern governors neglected to acknowledge that just as development and population growth had put pressure on available land and increased the prospects of conflict between migrating herders and local populations, so also had the mass movement of millions of people from the South into the vast interior of the North and the permanent nature of this movement.

It also accused the southern governors of failing to attribute the current national woes to the regime of the All Progressives Congress led by the President, Major General Muhammadu Buhari (retd.).

The statement read, “Against the backdrop of these observations, on grazing ban, the CNG emphatically repudiates the vilification and targeting of the entire pastoral community for vilification, systematic dehumanisation, profiling, alienation or any action that will render them objects of attack and persecution.

“The CNG categorically calls on all pastoralists and by extension, all northerners living as minorities in the South, whose lives and livelihoods stand threatened by this regime of hostile and damaging policies to be ratified by the southern governors, to immediately relocate with their livestock assets to the North.

“We demand absolute guarantee of protecting the lives and property of the pastoral communities as they relocate to the North, by ensuring their movement is not impeded by any legislation or obstacle imposed by a state or a community in the South.

“We demand the federal and northern states governments to immediately identify suitable lands across the region and create grazing reserves and cattle routes through resort to extant provisions of the Land Use Act and other related laws.”