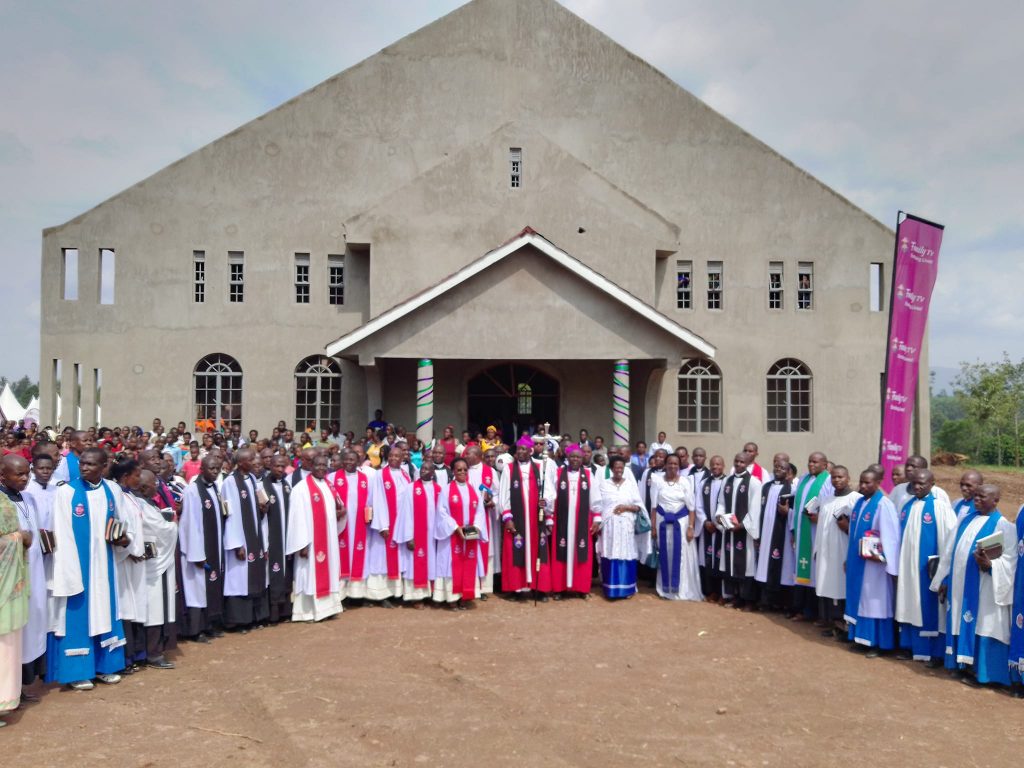 The Archbishop of the Church of Uganda, The Most Rev Dr. Stephen Samuel Kaziimba Mugalu has lauded the Rt Rev Amos Magezi for his visionary leadership of the five-year-old Diocese of North West Ankole and for laying a strong foundation for its sustainable holistic transformation 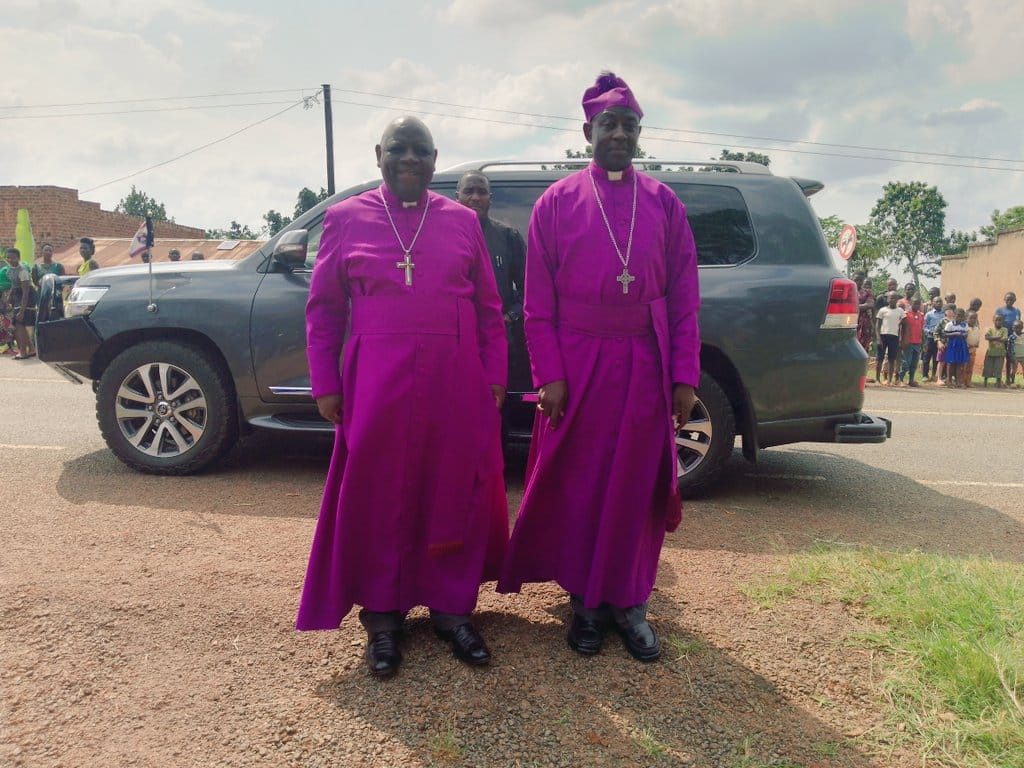 “I have toured a number of development projects established by the Diocese and read about others in the Bishop’s report and I am very impressed. My brother Bishop Amos Magezi is a visionary leader. I encourage you to give him all the support he needs to achieve his dreams for this young Diocese.” Archbishop Kaziimba. 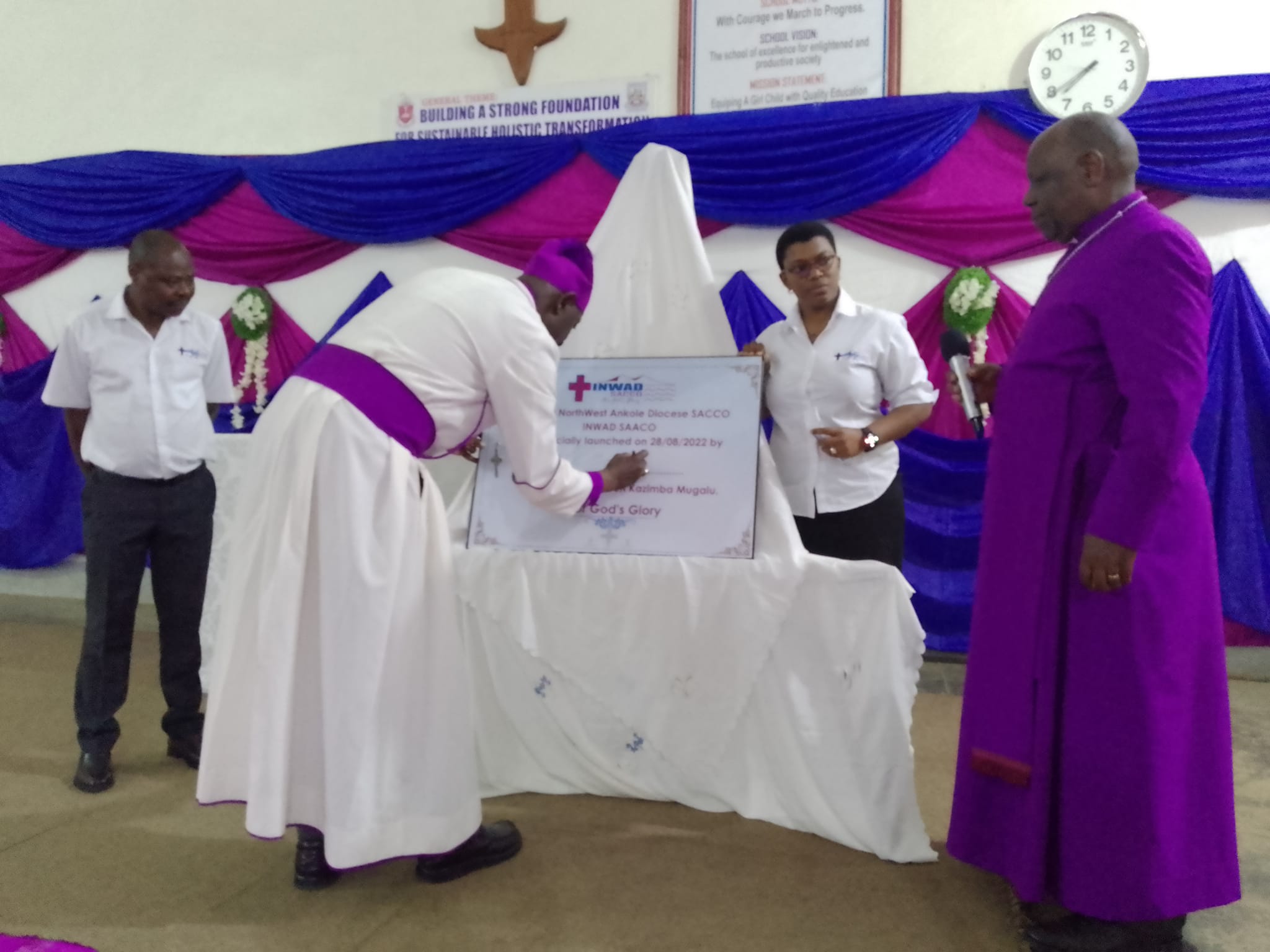 The Archbishop made the remarks while addressing stakeholders of the Diocese of North West Ankole at St. Paul’s Cathedral, Ibanda today as he concluded his two days official pastoral visit in the Diocese. 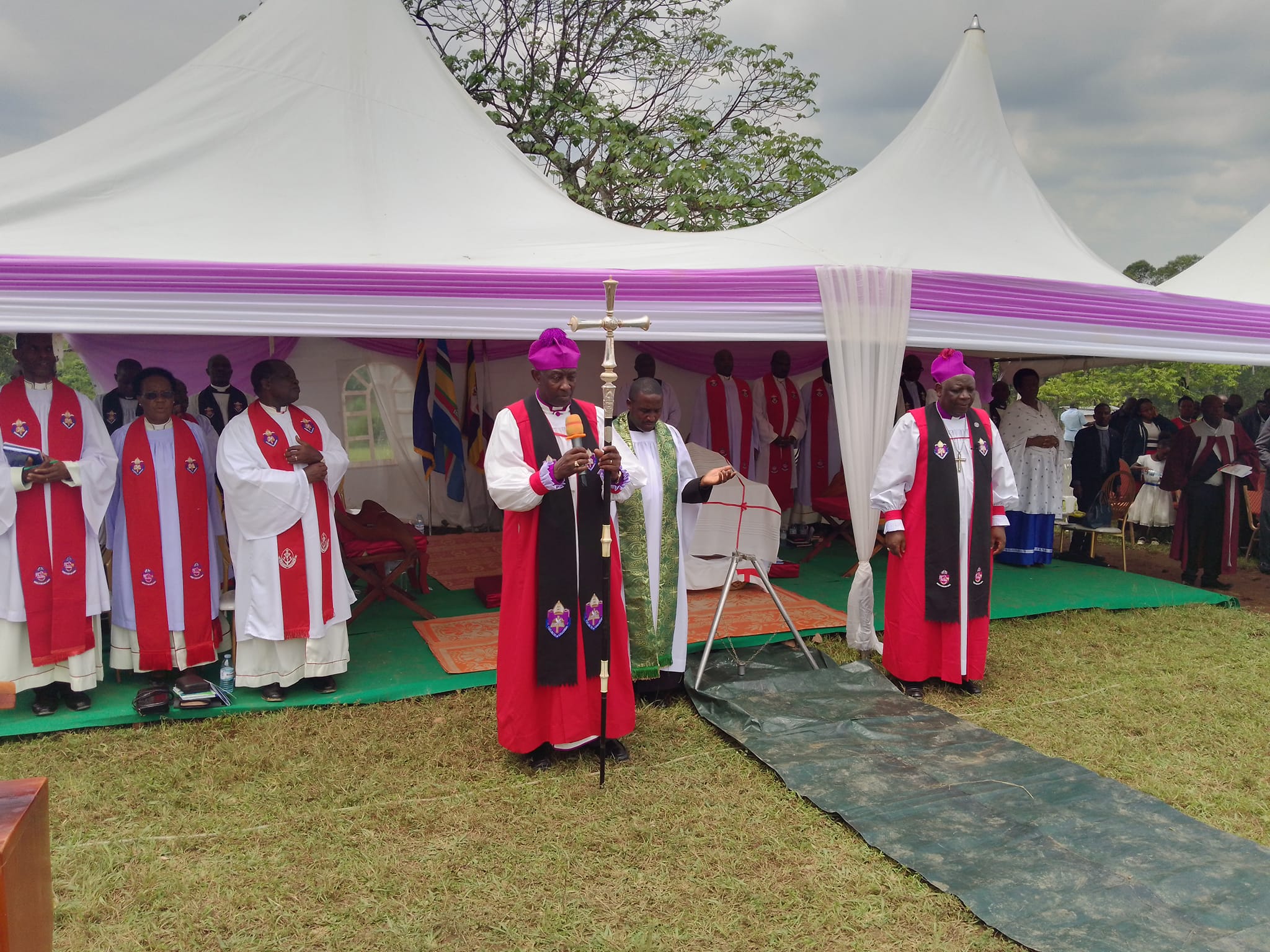 He charged the stakeholders to ensure that the Diocese continues to establish income-generating projects and to have all Church land titled. 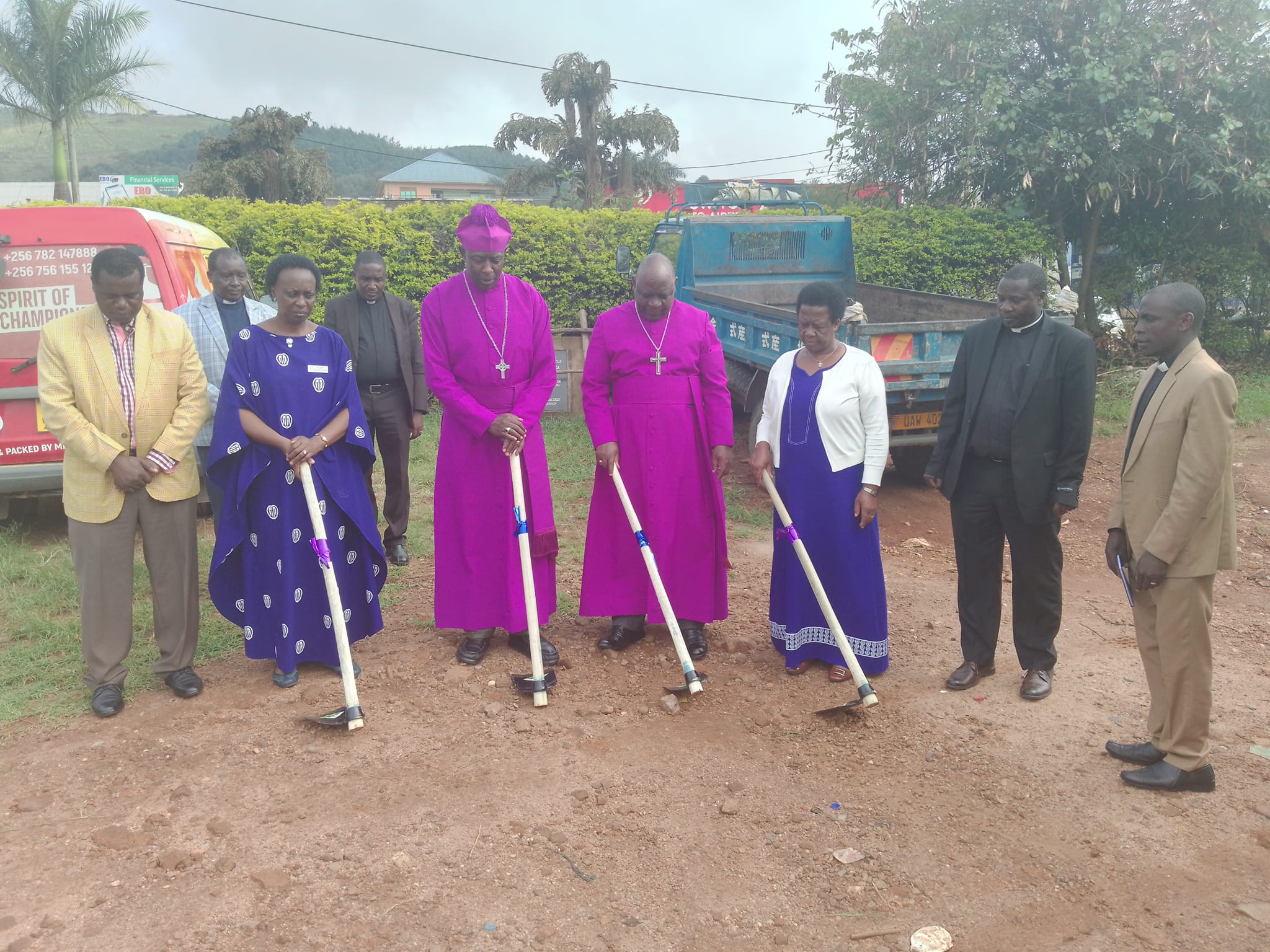 “Our Church land is vulnerable if it remains idle and untitled. Ensure that every piece of land we have has a land title. Plant trees along all its boundaries and never let anyone use Church land without a written agreement. On baptism and confirmations, a tree should be planted for each candidate. In so doing, we shall protect our land, conserve the environment and generate income.” Archbishop Kaziimba guided. 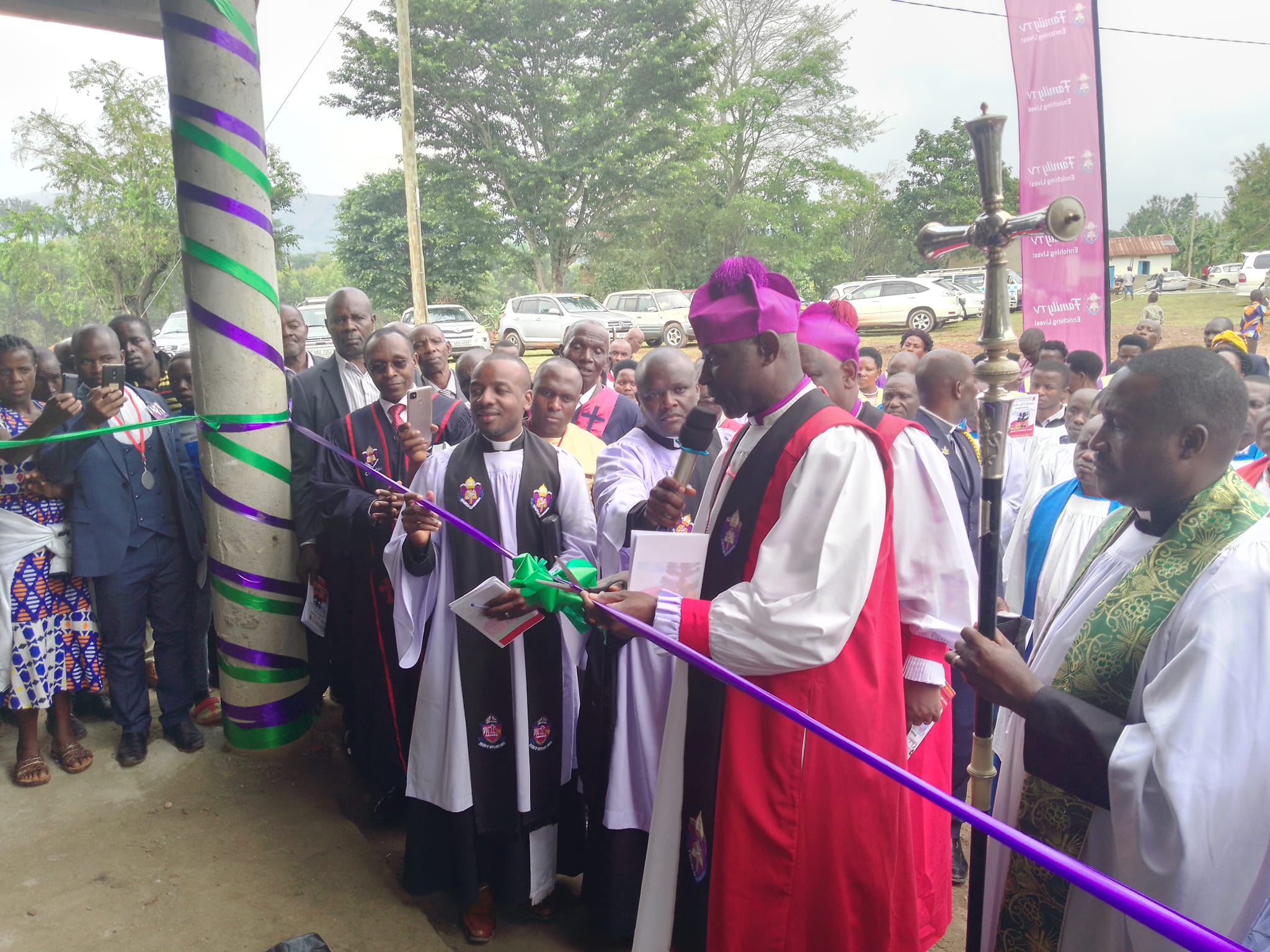 He called for faithfulness and integrity while dealing with Church money and assets and appreciated the Diocese for supporting the Province by remitting their quota on time.

He thanked the Diocese for establishing the Ibanda North West Ankole Diocese (INWAD) SACCO which he launched and joined on Sunday evening. He called upon members and friends of the Diocese to join and support the SACCO. 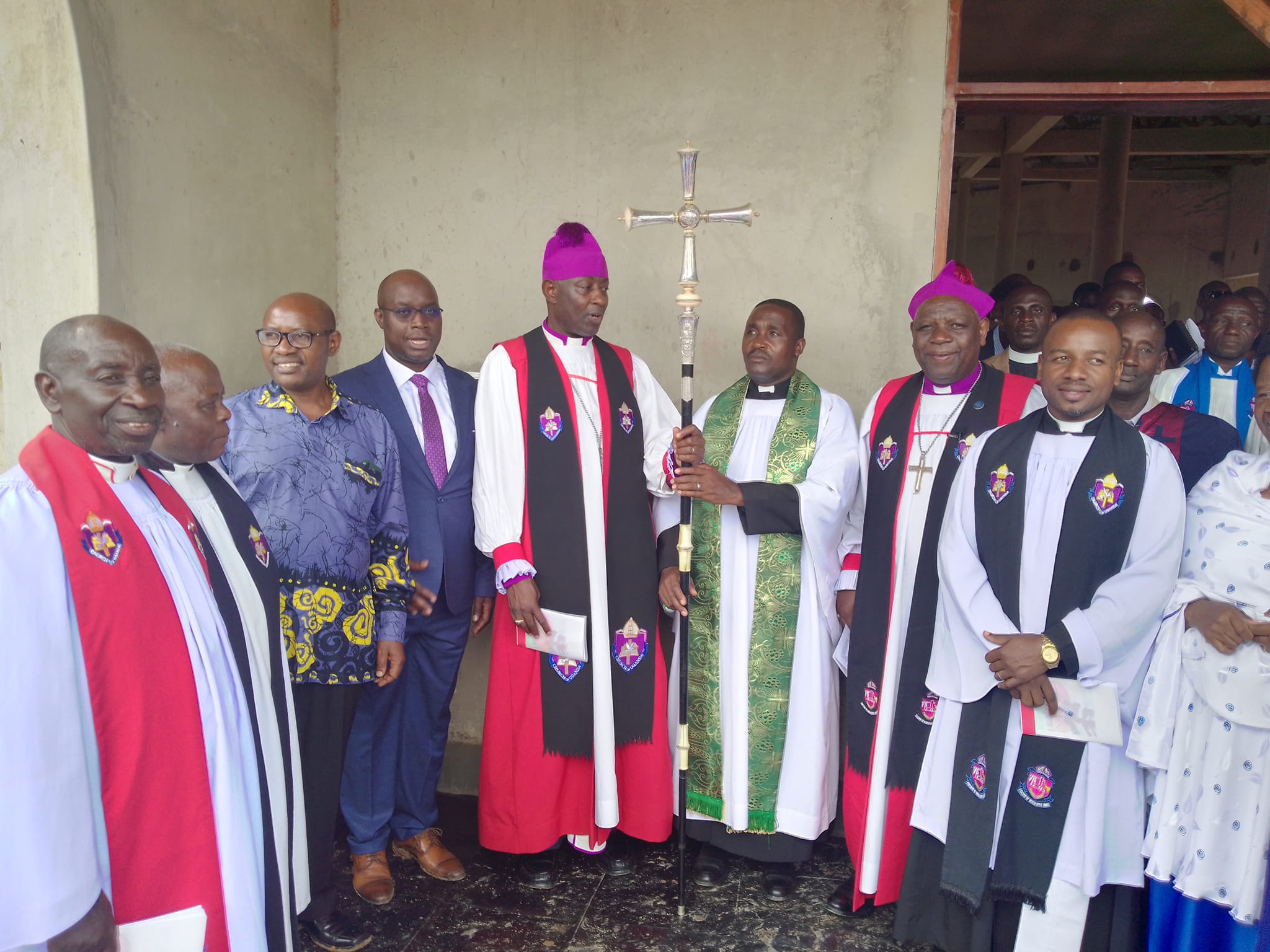 Archbishop Kaziimba charged clergy and other Church ministers to prepare for retirement when it’s still early though joining savings and insurance schemes. 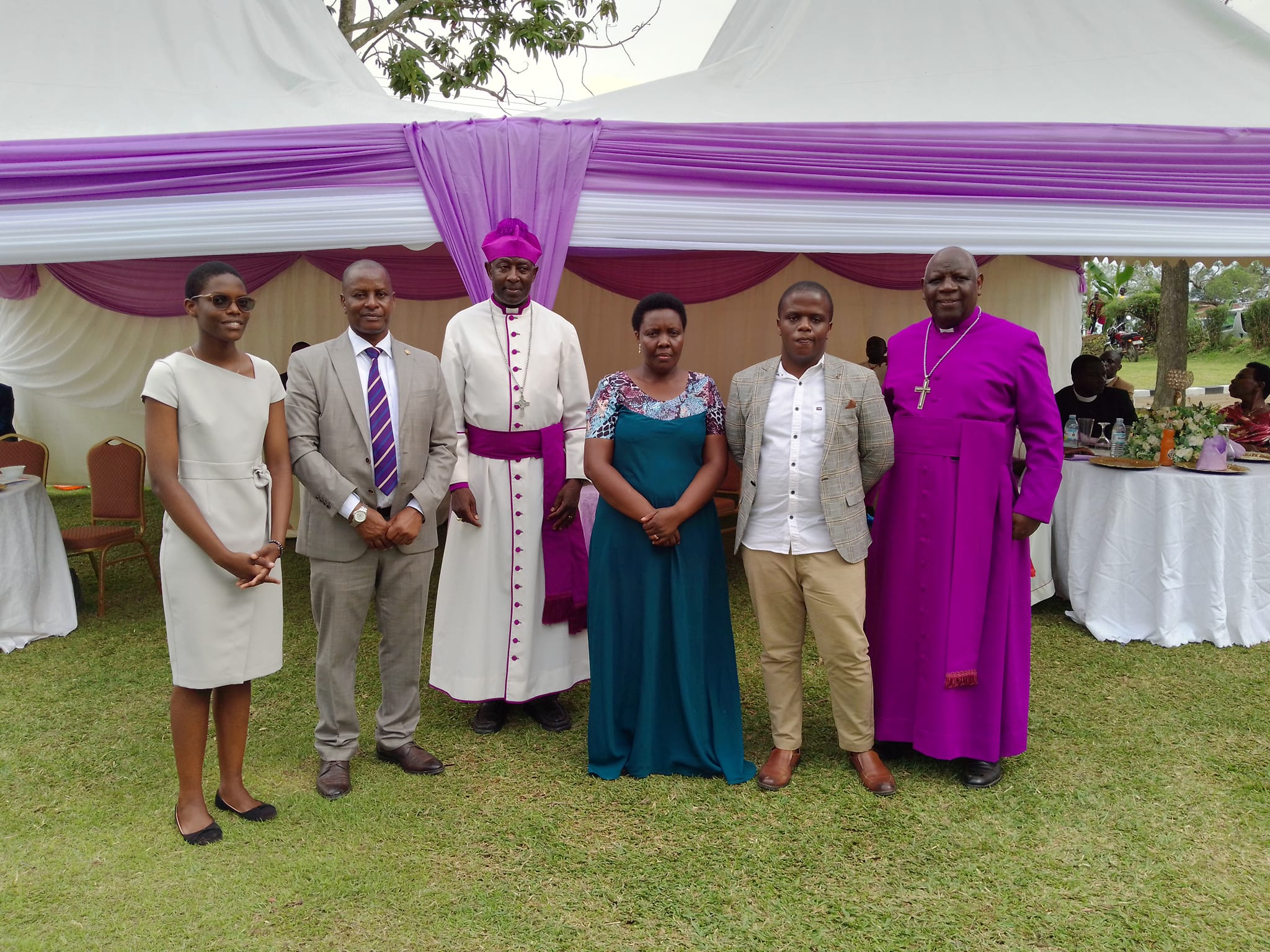 “The lockdown was announced when the Diocese was two years. This somehow slowed down the speed of growth and development of a young Diocese. The good news is that this came after we had just launched a 10-year Diocesan strategic development plan (2019-2028) with an overall goal of laying a strong foundation for sustainable holistic transformation.” Bishop Amos Magezi said. 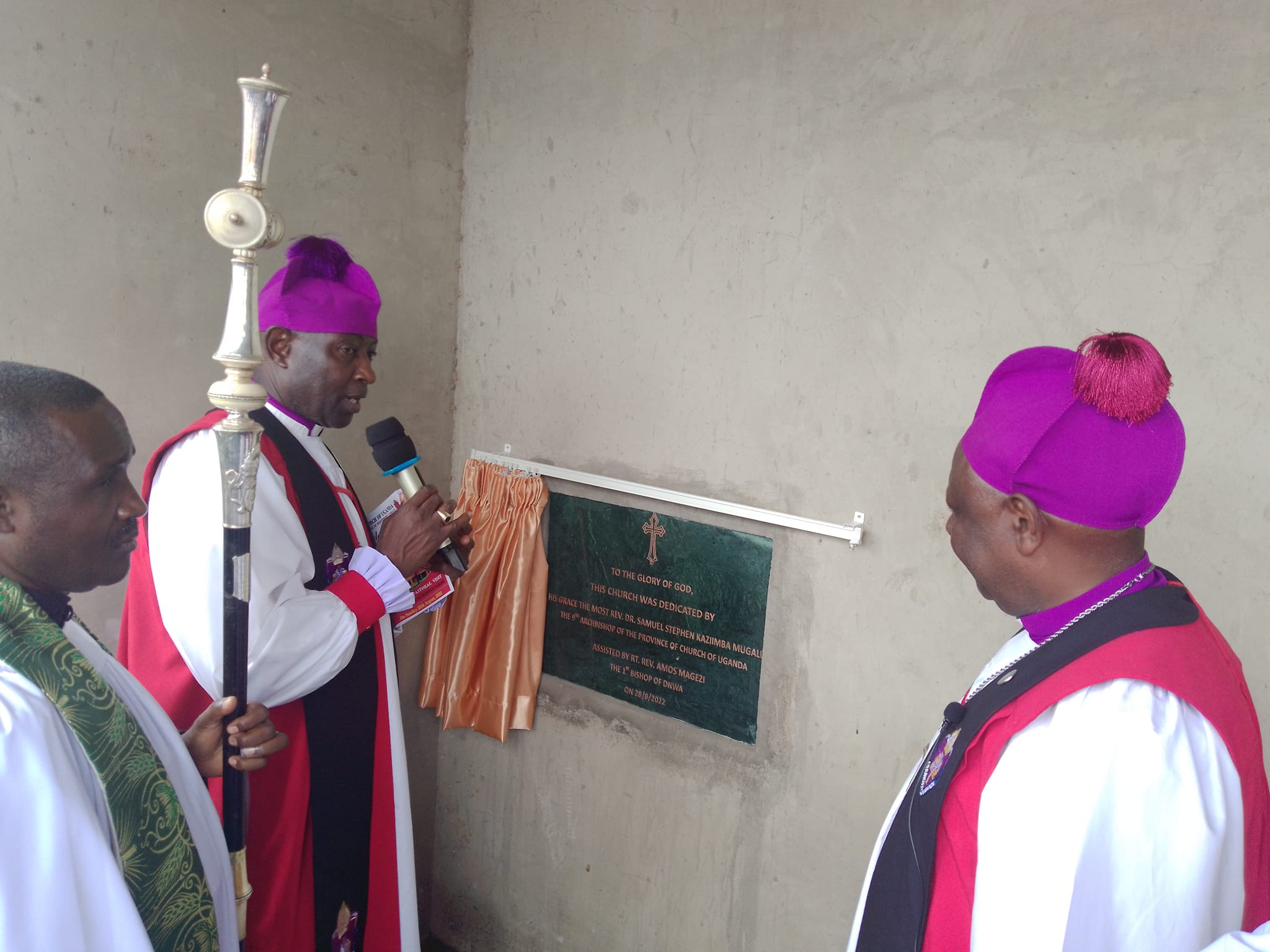 On mission focus, Bishop Magezi said, in the last five years, they have deliberately, intentionally, and aggressively done great work in evangelism and discipleship in order to grow the Diocese numerically and spiritually. 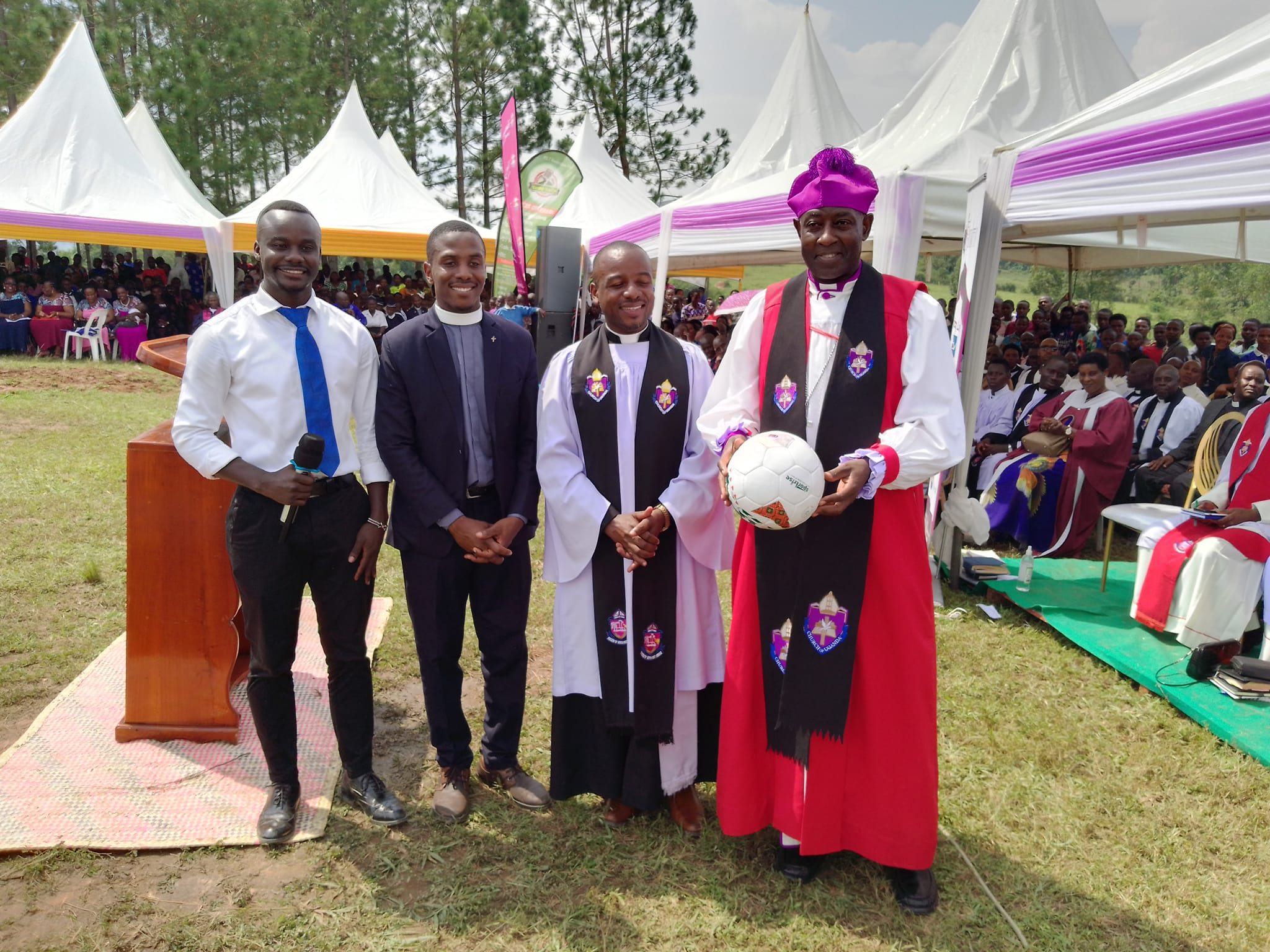 “11627 members have been baptized, 6440 members confirmed, 626 wedded in the Church, 32 new Churches have been planted, 13753 households, 5 new Parishes, and two new Archdeaconries have been inaugurated and every year we conduct pre-Easter and pre-Christmas missions at parish levels and other levels.” Bishop Amos Magezi.

He said, the Diocese received 10 heifers from Operation Wealth Creation (OWC) and established a dairy farm at Rwobuzizi Parish, purchased a coffee factory and acquired a land title for it, and mobilized households to grow coffee (planted 30,000 seedlings), and the Diocese established four coffee demonstration gardens and planted 10,000 seedlings on Church land. 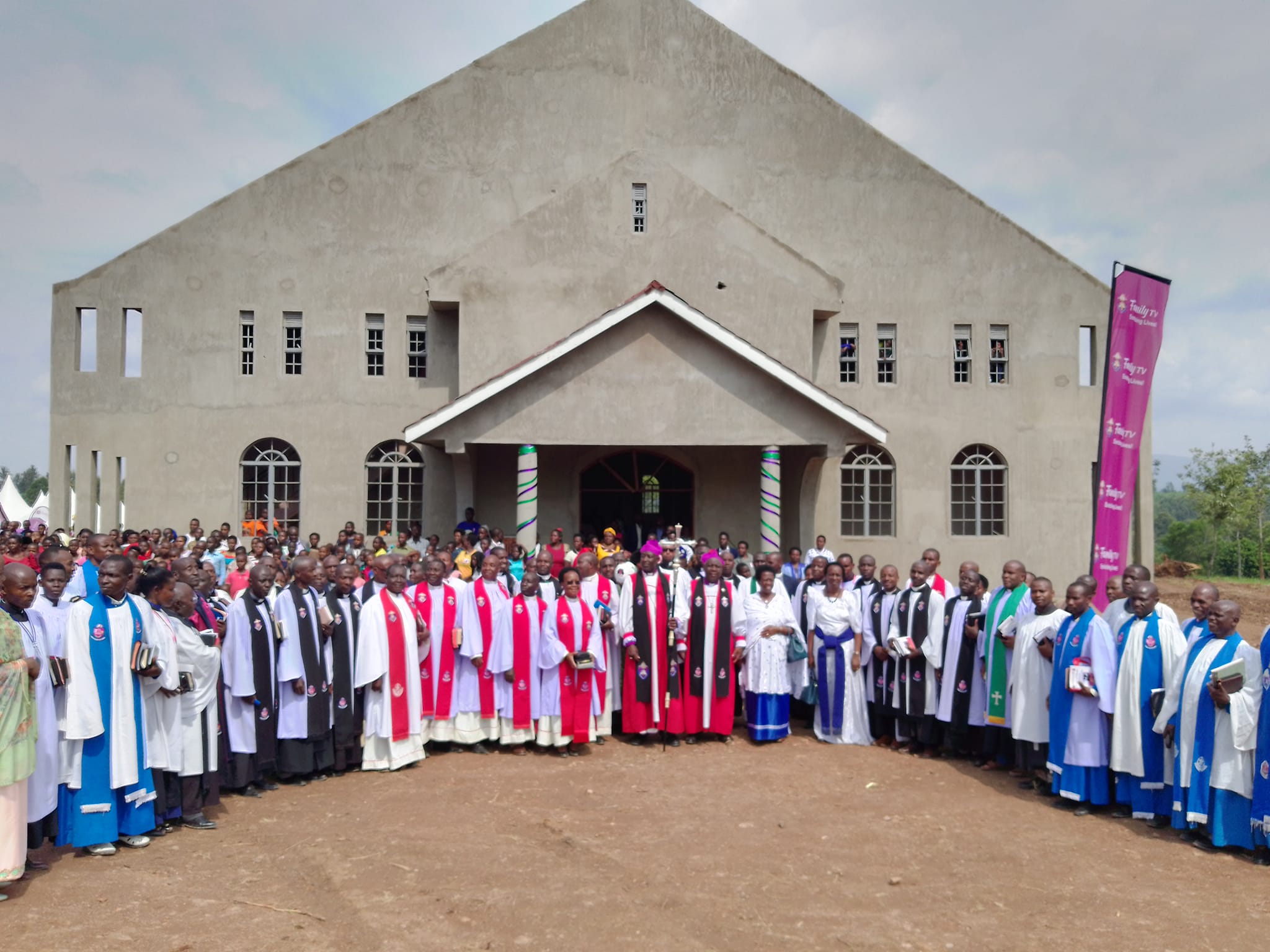 During his pastoral visit, the Archbishop commissioned St. Peter’s Church of Uganda Kijongo Parish on Sunday where he led a holy communion service before commissioning the Ibanda North West Ankole Diocese SACCO.

Today, he broke the ground for the construction of Ibanda Sunrise Plaza, a proposed four-storied commercial building in Ibanda town along Main Street to generate income for the Diocese. 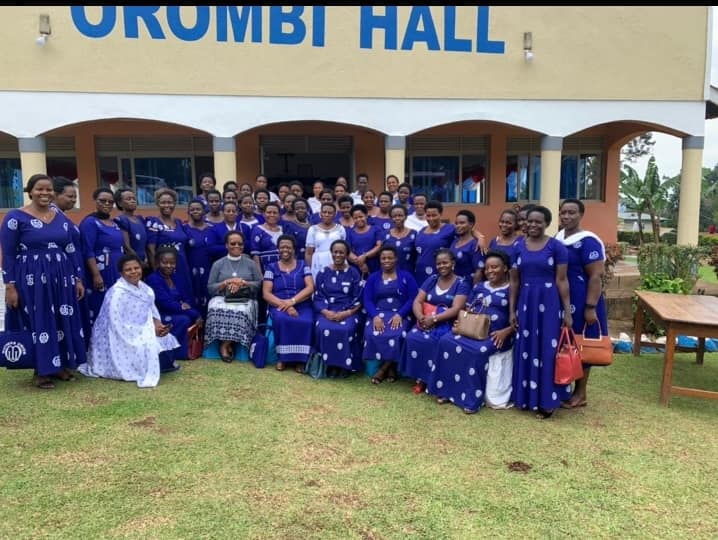 The Archbishop was accompanied by Canon Dr. Ruth Senyonyi the Provincial Mothers ‘Union President who commended the work done by the Union through prayer and establishing godly families. She asked Fathers to utilize a similar approach for the families to be safe havens for all.