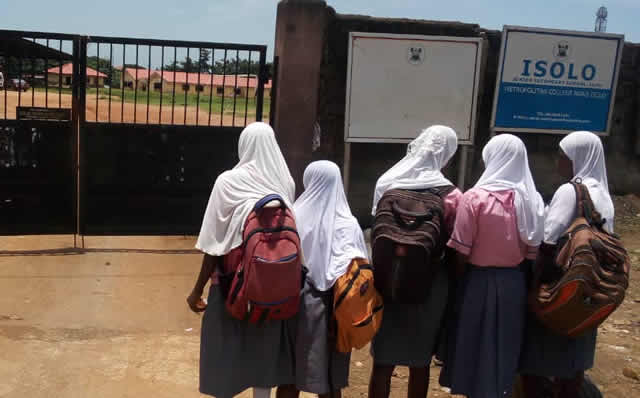 The Evangelical Church Winning All and the Church of Nigeria Anglican Communion have both denied the allegation that they have agreed to the Kwara State government’s directive for the use of hijab to be used by Muslim female students in their schools.

Oja-Iya, and Bishop Smith Memorial College, both in Ilorin the state capital, are among the 10 schools which are involved in the hijab controversy rocking the state.

The Chairman, ECWA District Church Councils, Rev. (Dr.) Vincent Akintunde, said the issue of hijab was subtly introduced by Muslim groups into a case of ownership of the schools which is still pending in court

He said, “We would like to put the records straight by asserting that ECWA is totally against the use of hijab in our grant-aided mission schools. We wish to inform the general public that our initial concern was not the use of hijab, but ownership of the schools. Muslim groups subtly introduced the issue of hijab to the case to distract us from our primary concern, even while the matter is still pending in the Supreme Court.

“We consider the re-opening of the 10 grant-aided mission schools and the permission to use hijab by government as premature, ill-motived and gross violation of the rule of law.”

Their Anglican counterpart vowed not to change the doctrines of the church and the foundation laid by the founding fathers of their school.

Archbishop Israel Amoo of Kwara Anglican Diocese said warned security agencies against taking a bias stance, adding that the state should not be taken to be an Islamic state.

Settlement Reached by Anglican and Episcopal Dioceses of South Carolina