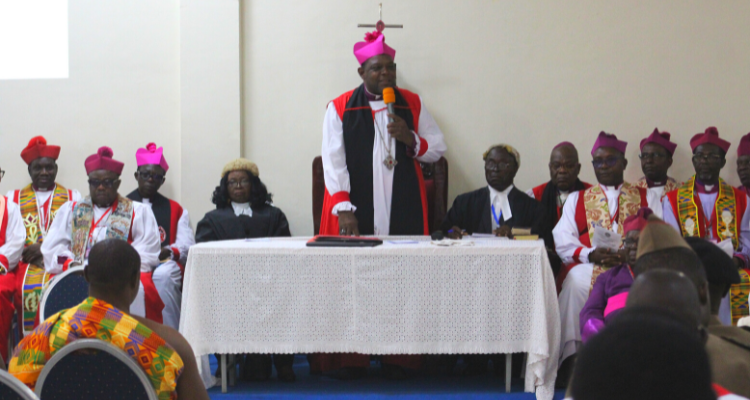 The Anglican Internal Province of Ghana (IpG) has called on the three Arms of Government to maintain a high standard of discipline in the discharge of their duties.

On the theme: “Repositioning for Church Growth and Advancement in a Pluralistic and Challenging Time of Ours – Exodus 17: 8- 16”, the triennial Synod brought together past Archbishops, Bishops, Clergy and Lay Leaders meet to reflect, take stock, and strategise for the growth and advancement of the Church. 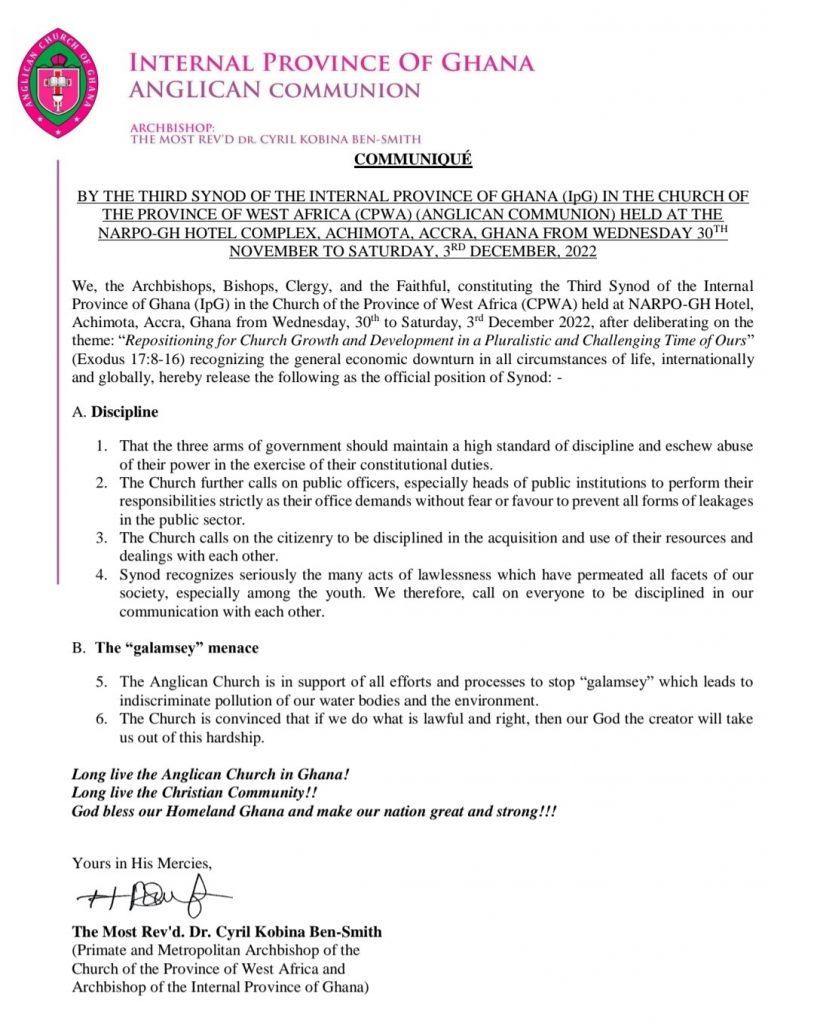 The Anglican Church called on public officers, especially heads of public institutions, “to perform their responsibilities strictly as their office demands without fear or favour to prevent all forms of leakages in the public sector.”

It further called on the citizenry to be disciplined in the acquisition and use of their resources and dealings with each other.

“Synod recognizes seriously the many acts of lawlessness which have permeated all facets of our society, especially among the youth. We therefore call on everyone to be disciplined in our communication with each other,” it said.

On the “galamsey” menace, the Church said, it was in support of all efforts and processes to stop the destructive phenomenon which had led to indiscriminate pollution of the country’s water bodies and the environment.

The Church said it was convinced that “if we do what is lawful and right, then our God the creator will take us out of this hardship.”