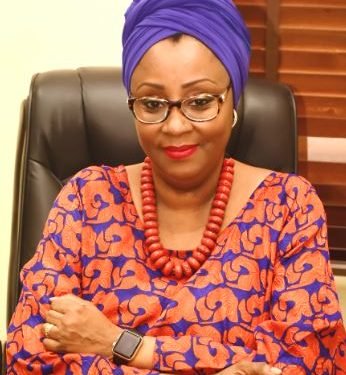 For the First Lady of Kaduna State, Hajia Hadiza Isma El-Rufai, a long time hobby turned sour during the week when many of her 80,000 followers on Twitter, broke away from the usual banter and light discussions, to call her out for allegedly not using the platform to condemn last week’s killing in Kajuru Local Government Area of the state.

Obviously taken aback by the unexpected turn of events on the platform which was normally used to appreciate her fans and supporters of her husband’s administration, Mrs. El-Rufai, with her responses, invited more trouble from her angry followers.

More than a dozen people were killed last week in Kajuru when gunmen attacked a village. Responding to their criticism of her silence on the resurgent killings, she said in a tweet; “I don’t tweet about serious matters like governance and politics. Though I’m married to a governor I’m not part of government.”

The statement drew more flak from angry respondents who expressed dissatisfaction at her attitude towards the killings with many reminding her of how she campaigned vigorously for her husband during the elections and wondered when she decided not to be part of “serious matters like governance and politics.”

The issue was still trending at press time though the First Lady appeared to have decided to leave her displeased followers to their opinion on the matter hoping to regain their friendship later for the platform to quietly return to the “language, humor and other light-hearted issues” which she insists it is actually meant for.