Why Southeast governor is angry with traders 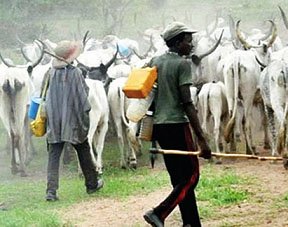 Elders and political leaders have been called upon to intervene in the face-off between some traders and a Southeast state governor who was accused of “behaving like a woman’ in the way he handled the herdsmen/ farmers clashes in the state.

The matter took a dangerous dimension when opponents of the governor produced a computer aided picture of a woman with the face of the governor. Posters of the caricature were also sighted at a popular market in the state capital, forcing the angry governor to shut it down.

Today, the traders are begging the governor to have mercy on them and reopen the market even as they produced some large posters displayed in the market in which they clearly expressed regret for their actions.

But insiders said the governor is still too angry to heed their plea. All hopes are not lost, however, as political leaders in the state are said to have offered to put in a word for the traders.