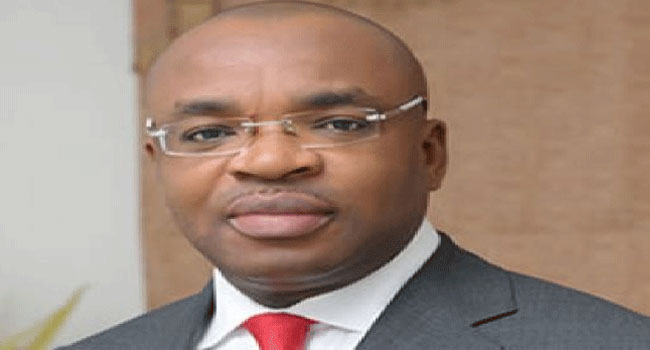 The Akwa Ibom State Government House, Uyo has been deserted, following an alleged increase in the number of workers infected with the dreaded COVID-19 pandemic.

No fewer than 16 Government House Press Corps members, who allegedly showed symptoms of COVID-19, are quarantined at the Ibom Multispecialty Hospital, Uyo.

Also, some correspondents of national dailies, who had contacts with members of the press corps, have been placed on self-isolation for a period of two weeks.

Rumours of the COVID-19 in the State Government House first arose early in May, when a state-based reporter claimed that some aides of Governor Udom Emmanuel were COVID-19 positive.

The government denied the rumour and the journalist was arrested for allegedly spreading false information.

Read Also: Eight Ogun health workers test positive for COVID-19
However, a reliable source who craved anonymity, said on Monday that scores of workers at the Government House might have been infected with the virus.

During a visit to the Government House yesterday, it was observed that official activities were at the lowest ebb, as most offices remain shut.

Senior Special Adviser to the Governor on Media/Chief Press Secretary Mr. Ekerete Udoh could not be reached for comments on the issue as he did not answer calls from our correspondent.

However, Commissioner for information Mr. Charles Udoh told reporters through a telephone interview that nobody has tested positive to COVID-19 in the Government House.

“Dr. Akpabio, the governor’s personal physician and the Permanent Secretary Government House Dr. Nathaniel Adiakpan are not positive and as far as I am concerned, no commissioner is positive,” he said.