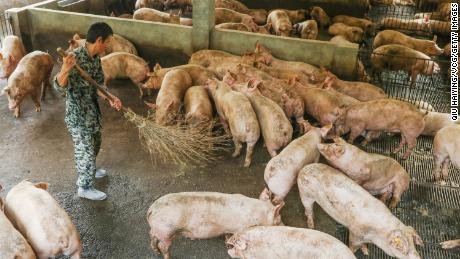 A new strain of swine flu that can infect humans and has the potential to cause a future pandemic has been discovered by Chinese researchers, this is according to a study released in the scientific journal Proceedings of the National Academy of Sciences (PNAS)on Monday.

The disease, which researchers called the G4 virus, is genetically descended from the H1N1 swine flu that caused a global pandemic in 2009.

G4 now shows “all the essential hallmarks of a candidate pandemic virus,” said the study.

Researchers discovered G4 during a pig surveillance program that ran from 2011 to 2018, in which they collected more than 30,000 nasal swab samples from pigs in slaughterhouses and veterinary teaching hospitals across 10 Chinese provinces.

Further tests showed that G4 can infect humans by binding to cells and receptors, and it can replicate quickly inside airway cells. Although G4 holds H1N1 genes, people who have received seasonal flu vaccines won’t have any immunity.

G4 already appears to have infected humans in China. In Hebei and Shandong provinces, both places with high pig numbers, more than 10% of swine workers on pig farms and 4.4% of the general population tested positive in a survey from 2016 to 2018.

There is no evidence yet that G4 could spread from person to person, but researchers warned that the virus was on the rise among pig populations, and could “pose a serious threat to human health.” Transmission of the virus from pig to human could “lead to severe infection and even death,” said the study, which called for stronger surveillance and control of the virus’ spread.

WHO Expresses Concern Over Current Surge In COVID-19 Cases