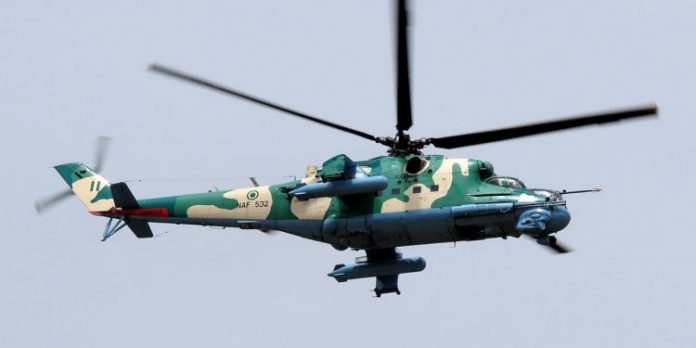 The Nigerian Air Force (NAF) has deployed additional special forces to southern Kaduna, to boost the ongoing fight against bandits and suspected ethnic militia who have been terrorising residents of the area.

The Air Officer Commanding, NAF Training Command, Air Marshal Musa Mukhtar, addressed the troops before their departure to the southern part of the state on Sunday.

He asked them to complement the efforts of the Nigerian Army troops attached to Operation Safe Haven, by providing both ground and air power during the operation against the criminal elements.

Mukhtar, however, warned the troops to respect the human rights of the people of Southern Kaduna during the operation.

He asked the team of security operatives, numbering 32 and trained in all aspects of counter-insurgency operations, to crush the bandits.

The deployment of additional troops comes as the military steps up operation to combat the rising cases of attacks by bandits and suspected ethnic militia in the area.

Many people have been killed with others injured, while hundreds of families have been displaced as a result of the conflict which has been lingering for many years.

In the past month, army troops, police officials, and other security agencies have been deployed to the troubled areas, even as the attacks seem unabated.

Before the departure of the additional batch of special forces, they were supported with versatile military hardware to aid the onslaught against the enemies.

In his reaction, the state governor, Nasir El-Rufai, commended NAF for the deployment of the security operatives to the troubled part of the state.

In a statement on Sunday by the Commissioner for Internal Security and Home Affairs, Samuel Aruwan, the governor said he received the news of the deployment with joy and appreciation.

According to the statement, the deployment of the special forces to southern Kaduna is a demonstration of the collective will of President Muhammadu Buhari, El-Rufai, the Defence Headquarters, and NAF to tackle the security challenges in the state.

“We are looking forward to meeting the officers and men of the NAF special forces shortly after their induction,” it said.