Who Says Buhari Is Not In Full Control? 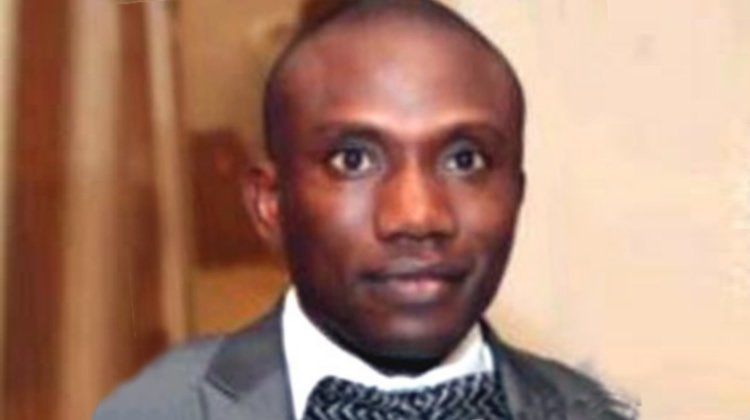 Forget that the President variously spoke at Nigerians, we should at least be grateful that he found time to respond to some of the most topical issues that Nigerians have grappled with in the last six years. The taciturnity and communication by proxy of the past had dug such a gulf between the President and the people that even many of his ardent supporters could no longer recognise whom they routed and voted.  The leader brought himself to speak to the led last week, hurray!

Out of this last point came the beneficial import of the interviews: it opens the eyes of Nigerians to Buhari’s mindset and position on many issues. Unless you want to continue to live in self-delusion, Buhari left no one in doubt about anything at the end of those interviews.  He was clear and unapologetic about his stand as should be. This piece attempts to highlight some things that came out as clear as crystal from the Arise News interview, particularly.

The first point is that the President is hale, hearty and of sound mind.  So, henceforth, people should stop their illusions about his suffering from dementia or any sort of illness that eats at the capacity of men to recall or stay in focus. Whether you are employing this alleged incapacity as an excuse or accusation for Buhari’s action or inaction, you should get out of that fool’s paradise and wake up to the reality that he is in full control of his faculties as much a man of whatever age he is can be.

What else do you need to convince yourself that Buhari is lucid? He recalls (even though, he seems fixated on events in Nigeria’s pre-independence years), how the Native Authority was and how intelligence was gathered. He remembers that there was a gazette for cattle grazing in the 1960s. He would never forget how he sent people to jail for unproved accusations of corruption and locked them up until they were able to prove their innocence in the 1980s

He proves to know everything going on around him. Recall his derisive expression when Lagos State Governor, Babajide Sanwo-Olu, went to see him with photographs from the #EndARS protests last October? The President explained his evident bewilderment at Sanwo-Olu’s enthusiasm last week when he said the governor brought an album, which he put aside! Can you beat that?

He also recalls that two governors from the South-West came to him about the incursion of herdsmen. He told us exactly how he sent them out his presence like a school headmaster would his pupils. Of the unnamed governors, he painted a very effective picture of men who did not know their remit and that has in fact, generated discussions about the goings-on in the states.  Anyone who thinks Buhari is not in total grasp of his actions or refusal to act has another thing coming.

The second thing from the interview is that Buhari remains a reluctant democrat. Although he seems to be conversant with the 1999 Constitution, he cannot hide his irritation with the processes and procedures of democracy and would indeed prefer that he was still a military dictator at this time. He remembers how he dealt with corruption in the past and wishes he could still evoke such powers.

The President’s “we will deal with them in the language they understand” comment is another reflection of his failed days as a military dictator. While no government should condone the destruction of public assets, insurgency, banditry and what have you as is currently going on in the South-East, North-East and North-West, not all problems need the kind of military solution that Buhari threatens here. This is more so when these are citizens whose main grouse is about perceived injustice or inequalities and when previous military actions had only worsened the situation. But it looks like Buhari’s instinct is to watch people make fools of themselves for as long as his temperament allows and then, he wields the big stick. Constant conservations and engagements required of democratic governance are not likely to ever be his favourite considerations.

Buhari also seems to find it difficult to condone dissent. He sees the #EndSARS protests of last year as an attempt to remove him from office and the inability of Nigerian youths to “behave” as contributory to the situation in the country including the dearth of foreign direct investment.

The interview shows that the President has scant regard for Nigerians. He probably still sees himself as the disciplinarian head of state who should make all citizens fall into the straight and narrow path or suffer for the misdeeds of some of their compatriots. So, he told the NTA interviewer: “…The present governor made an album and came to see me. I said, ‘Thank you very much.’ I took the album, put it in my archives and I told him to tell the Lagosians to walk… After an administration bought over 200 buses, for some people to come and burn them? So, let them walk.” The President does not see that the citizen is his employer in a democracy and that there is no justifiable reason for innocent people to suffer for the infractions of criminals that the state is too inefficient to arrest and bring to book. Even the way he claims to have sent away the governors who do not have the wherewithal to deal with the security situation in their states is an indication of that patriarchal complex.

It is however an irony that despite this complex, the President fails to see the enormous opportunity his office bears for the galvanisation of ideas that could move Nigeria forward. He goes on about the three tiers of government and the need for governors to live up to their responsibilities, but he fails to realise that the performance or lack of it of governors ultimately reflects on his assessment. The powers and respect that a Nigerian president wields position a visionary occupant of that office as a rallying point for the governors to collectively lift Nigeria out of this doldrum. Nigerians would remember how much former President Olusegun Obasanjo did to drag state and local governments to positively affect the people, especially in the areas of education and health.

Most importantly, the interview shows that Buhari supports the open grazing of cattle regardless of the pains it has brought on Nigerians. It also reveals that he does not appreciate the limitation of governors in the circumstance. Somewhere during the interview with Arise News, he acknowledges the fact that non-Nigerian herdsmen graze cattle armed with sophisticated weapons like AK47, but he unwittingly owns up to being unable to curb the excesses of these people, (apart from the ineffective shoot-on-sight order against anyone carrying AK-47, which has not produced any culprit!). Yet, he sends governors, who do not control the security forces, back to their states to explore local intelligence in solving the problems of marauding AK-47 wielding herdsmen.

Most governors, even those in the North, seeing the dangers that open grazing portends to peace in the country, the repugnancy of the open grazing system as well as the economic benefits of ranching, have rejected grazing. But Buhari, who is busy sending governors back to their states and ignoring calls for help from places like Benue, (which have faced attacks for years, is supporting a system that has made thousands of homes desolate and turned communities into burial sites.