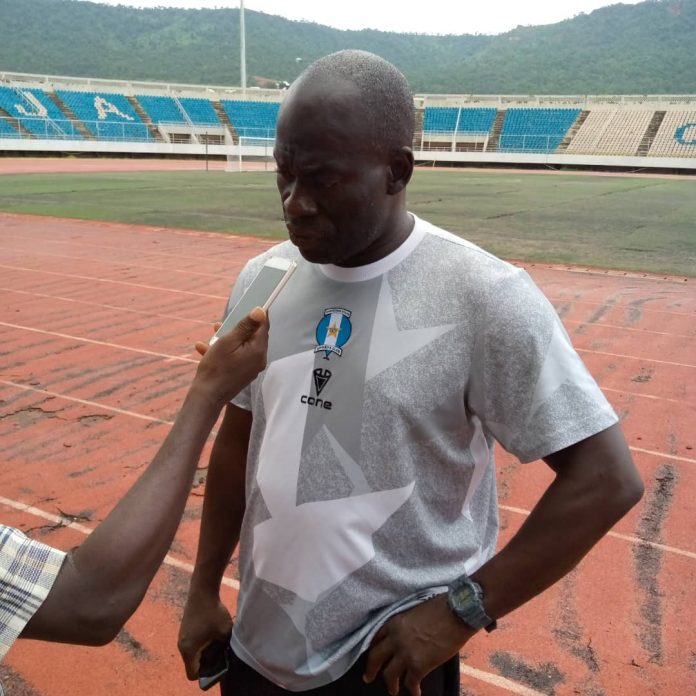 Chief coach of Shooting Stars Sports Club (3SC), Edith Olumide Agoye, beileved his team did not deserve to lose the Aiteo cup round of 32 tie to Gonbe United FC.

The Ibadan soccer lords, though dominated the largest part of the 90 minutes of the encounter decided on Thursday at the Lokoja Confluence Stadium, eventually fell to the northerners, to exit the competition.

Speaking after the team bowed out by 3-5 during the ensuing penalty shoot-out after scores at 90 minutes stood at 0-0, Agoye declared emphatically that the Oluyole Warriors were unlucky not to have wrapped up the game within regulation time.

“It was not just our day today, losing out in such manner despite playing so well was unfortunate but there is nothing we can do about it than to accept the defeat,” said the ex Shooting Stars forward.

The former Gateway FC and Prime FC handler stated that the team will shift attention to the league where the club is battling to secure promotion from the NIgeria National League (NNL) to the Nigeria Professional Football League (NPFL).

“We are very happy with what we have done so far but it is obvious nothing has been achieved yet. We still have the playoff to negotiate, we will continue to work very hard, we will put this FA Cup defeat behind us and we will push forward going into the league proper.

“The ambition of the team is to get to the elite division, which is the NPFL, we are very happy with our journey so far, we will continue to work very hard so that at the end of the season, the ambition will be realized.

In Thursday’s duel, the Ibadan soccer lords dominated the proceedings but could not just hit the target, despite creating number of chances, especially in the first half and towards the of the second half.

The team would also feel cheated by referee Hayatou Muhammed from Kogi state’s wrong decisions as he ignored two clear penalty offences by the Savannah Scorpions in the first half of the match, including a glaring foul on Hycient Nwankwegu, where he awarded a free kick instead, a decision that sparked off reactions from fans.