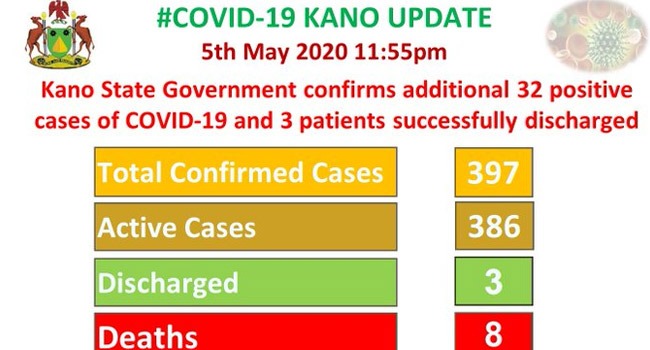 32 health workers in various hospitals across Kano State have tested positive for the coronavirus.

The state government confirmed this in a report via its Twitter handle in the early hours of Wednesday.

Although the government didn’t specifically state that the 32 cases were all health workers, the Chairman of the Nigeria Medical Association in the state, Sanusi Bala, confirmed this to Channels Television.

The new infections bring the total number of cases recorded in the state to 397.

Three have, however, recovered and been discharged while eight persons have died.