Trump Says US Must Reopen Even If More Americans Die 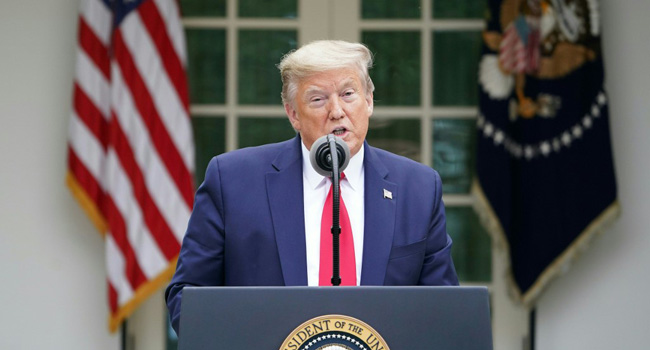 US President Donald Trump launched headlong into his push to reopen the country on Tuesday, saying Americans should begin returning to their everyday lives even if it leads to more sickness and death from the pandemic.

Trump, speaking in Phoenix during his first trip outside Washington in more than a month, said he’s preparing for “phase two” of the US response to the coronavirus. That will include disbanding the White House task force of public health experts, including Anthony Fauci and Deborah Birx, that have steered the government response to the outbreak so far.