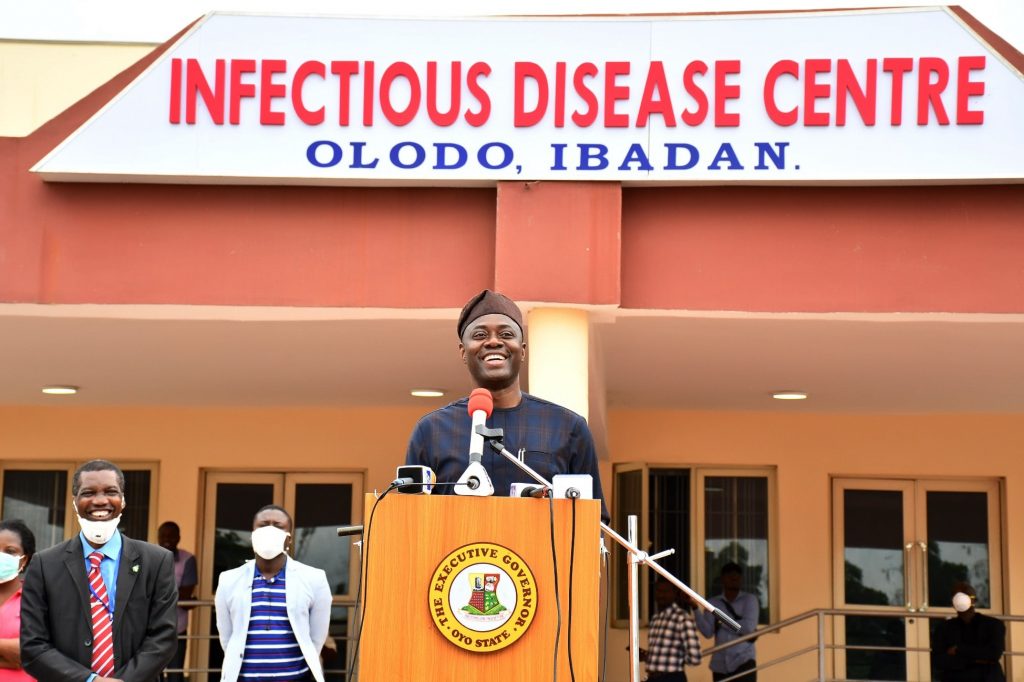 Thirty workers in a factory in Oyo state have tested positive for coronavirus.

The factory, which is located at Ibadan South West Local Government, has subsequently been sealed.

The 30 workers are part of the new 31 new cases in Oyo state.

Governor Seyi Makinde disclosed these in his COVID-19 updates.

Although the Governor did not give the name of the organisation, he hinted it has been sealed.

The factory, according to him, is located at Ibadan South West Local Government Area of the state.

The axis is known for having a large concentration of factories, manufacturing companies and industries in Ibadan, the capital city.

He assured that the organisation would be deconterminated, calling for calm on the parts of the public.

Assuring that contract tracing of the cases had begun, the Governor promised to give an update on the additional measures that would be given as soon as it is available.

He also said the state had recorded 31 new cases.

According to him: “The Covid-19 confirmation tests for thirty-one suspected cases came back positive.

“Thirty of these cases are members of staff of the same organisation based in Ibadan South West Local Government Area.

“The organisation has been shut down and will be decontaminated.

“We urge members of the public to remain calm as the situation is under control. Intensified contact tracing has already commenced.

“We will give an update on any additional measures that may need to be taken.

“The remaining one case is from Egbeda Local Government Area.

“People who believe they could have come in contact with a COVID-19 case in Oyo State;

“People with respiratory disease symptoms. Healthcare workers who have been in contact with the high-risk groups, above.”