Yoruba leaders to Kwara Gov: Save our Obas from oppression 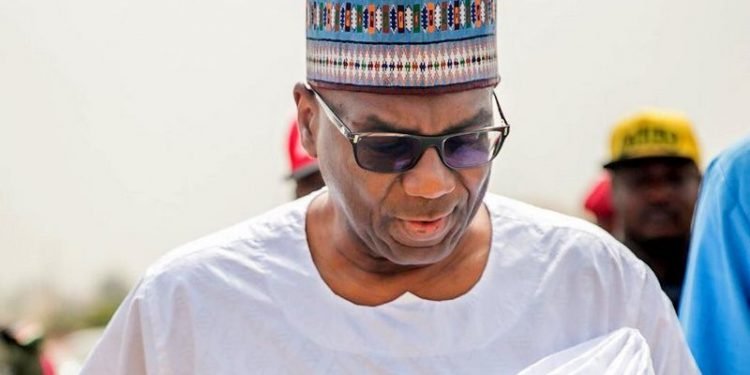 The Committee of Yoruba Leaders in Asa, Moro, Ilorin West, Ilorin East and Ilorin South Local Government Areas of Kwara State, has appealed to Governor AbdulRahman AbdulRazaq to help put an immediate end to alleged oppression of some traditional rulers in that part of the state.

The group said in a statement in Ilorin that the governor should “correct the imbalance, and ameliorate the past injustices meted on the traditional chiefs of Moro, Asa, Ilorin West, Ilorin East and Ilorin South LGAs, in the overall interest and continued peaceful co-existence of the entire people” of the state.

It drew attention to the 1997 verdict of a Kwara State High Court which held that Moro is not part of Ilorin Emirate, and the 2014 judgement of another high court in the state which restored the 3rd Class status of the Oba of Jebba, and by implication that of the Ohoro of Shao, and other traditional chiefs in Ilorin.

It faulted claims by the Magaji Nda of Ilorin, Alhaji Salihu Woru Mohammed that the agitation of the Yoruba has no basis.

It said: “It should be noted that the deafening agitation of Moro people is the crest of a wave of struggle for emancipation, that Yoruba Traditional Rulers be graded/upgraded, particularly the Oba of Jebba and the Ohoro of Shao, and be separated from the Ilorin Emirate Council.

“This demand is not unfounded as it is in consonance with the judgement of a Kwara State High Court delivered in 1997 in Suit No. KWS/231/89, which held that Moro is not part of Ilorin Emirate.

“It is this same obnoxious Emirate system that has been responsible for the intermittent de-grading and non-grading at all of all native Yoruba Traditional Rulers not only in Moro but including Asa, Ilorin West, Ilorin East and Ilorin South Local Government Areas.

“Further still, another judgement of the Kwara State High Court delivered in 2014 in Suit No. KWS/2c/2009 which restored the 3rd Class status of HRM the Oba of Jebba, and by implication that of HRM the Ohoro of Shao, and other Traditional Chiefs in Ilorin, remains sacrosanct and very much alive.

The refusal of the erstwhile administrations of Dr. Bukola Saraki and Alhaji AbdulFatah Ahmed to implement those judgements was due to the subterranean influence of Ilorin Emirate hegemonists, in conspiracy with the former Governors to illegally subvert the genuine wishes of the people of Moro, Asa, Ilorin West, Ilorin East and Ilorin South LGAs, for self-determination and freedom.”

The Committee of Yoruba Leaders argued that the British colonial administration, at different times in 1907, 1913 and 1916 in the old Northern Region, graded the Ohoro of Shao and the then District Head of Ipaiye, both in Moro LGA, as well as the Balogun Ajikobi and Balogun Gambari of Ilorin, as Traditional Chiefs of different classes.

“It is also a fact that the Emir of Ilorin was only recognized as Graded Chief after them in 1920,” it said, adding: “Both the Ohoro of Shao and the Oba of Jebba were graded as 3rd Class Chiefs by Adamu Attah’s Administration in 1983.

Their grading was later withdrawn by the Latinwo administration in 1984 through the subterranean influence of the Emir of Ilorin.

“Their 3rd Class status as Traditional Chiefs was restored by Governor Muhammed Lawal in 2002 but it was again withdrawn, through the influence of the Emir of Ilorin by Dr. Bukola Saraki when he came into office in 2003.

The discomfiture of Ilorin Emirate Council is its refusal to accept the reality of co-habiting with any graded Chief under the oppressive Emirate system.”