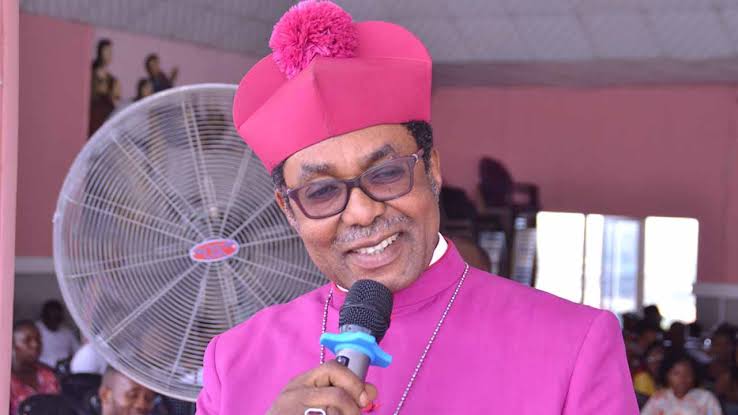 The Archbishop of Enugu Ecclesiastical Province, and bishop of Enugu Diocese, Anglican Communion, His Grace, the Most Revd. Emmanuel Chukwuma has urged Nigerians to reject expired politicians in the 2023 elections.

Archbishop Chukwuma made the call during the inauguration of Renaissance Polytechnic in Awka south Local government council of Anambra State, at the weekend. The Polytechnic is owned by the Anglican Church of Awka diocese. According to him, those running the country are expired and should be shown the way out for the younger ones with a new spirit of leadership.

He said there is a new spirit among the younger ones, which according to him, is about getting PVCs to vote out all the expired politicians in the country.

He also kicked against the federal government’s donation of N1.4 billion to the Niger Republic for the purchase of vehicles while the nation has no money for education, health care delivery, and others.

“The federal government action is crazy, unacceptable, and wrong. Why should the federal government donate such a huge amount to another country, when they say the government has no money to support education? Honestly, our politicians are out of their senses. We should make sure we vote out them next year for people with values to take over the leadership of the country” he said.

It would be recalled that the Federal Government has confirmed that it purchased vehicles worth N1.14billion for the Government of Niger Republic, as the Minister of Finance, Budget and National Planning, Zainab Ahmed, had last week argued that Buhari has a responsibility to purchase 10 Toyota Land Cruiser V8 vehicles for the Nigerien government “in the best interests of the country”.

The record which was sourced from the ‘appropriations’ page of the Ministry’s website showed that in July 2022, N1,145,000,000 was approved for payment to Kaura Motors Nigeria Limited to supply the SUVs.

According to the archbishop, Nigerians are ready and willing to vote for people who will lead the country with sincerity and honestly and not these “expired people” that caused pain to the masses.