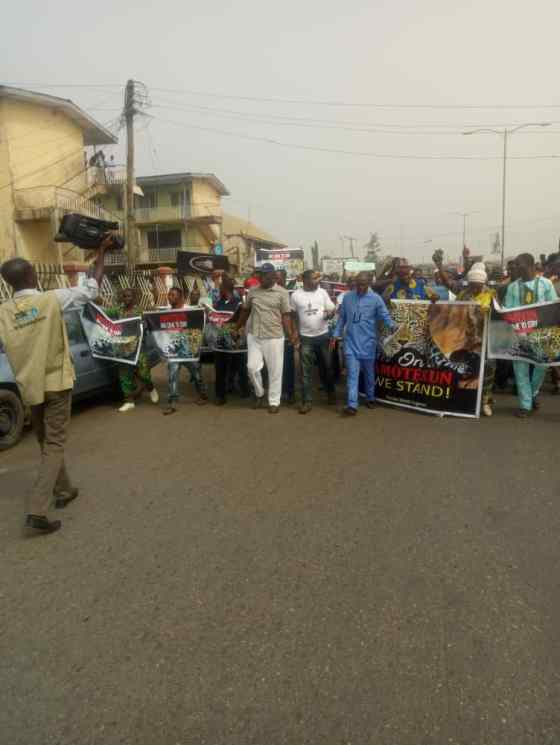 Members of the Yoruba World Congress thronged the streets of Osogbo, Osun State capital in solidarity for the Western Nigeria Security outfit codenamed Amotekun outlawed by the Federal Government 48-hour after its inauguration.

The group which consist of Agbekoya, hunters guide and other stakeholders converged at the Nelson Mandela Freedom Park Osogbo at about 9:20 am before it commenced procession through major streets of the state capital.

Security operatives, consisting of Police, Department of State Security, Civil Defense Corps were also visible in their numbers to ensure that the protest is not hijacked by hoodlums.

The procession started at exactly 10:30 led by the coordinator, Dr. Akin Adejumo and escorted by the security operatives.