Yahaya Berates Politicians On Use Of Money, Impose To Candidates

Bishop of the Diocese of Kaduna, Church of Nigeria (Anglican Communion), Rt. Reverend Timothy Yahaya, has cautioned politicians over the use of money to influence the electorate in the forthcoming general elections. 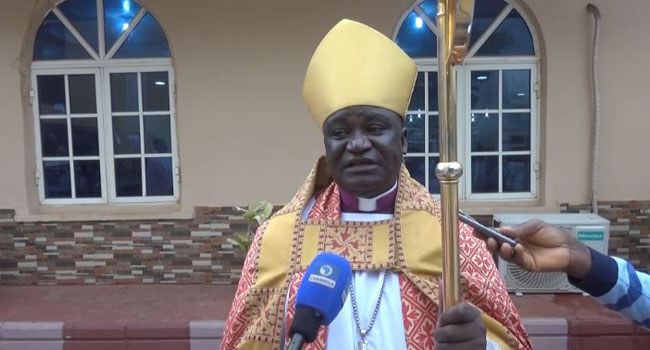 He also frowned at the imposition of candidates on Nigerians by the political class, saying it is against the tenets of democracy.

While calling on the Independent National Electoral Commission (INEC) to conduct free, fair, and credible elections, the Bishop appealed to other stakeholders in the electoral process not to impose candidates on the people because the winning votes come from the majority.

Speaking at the Second Session of the 22nd Synod of the Diocese held recently at the St. Paul’s Anglican Church, Kaduna, Yahaya, who, however, was optimistic that the socio-economic woes being experienced by Nigerians will be over in 2023, said: “Today, we see Naira and Dollar rains because the election is at the corner. Is democracy for sale? The money of the people pooled from the people is used to buy positions in our country. Do you mean the entire intelligent agencies in this country cannot trace where these monies are coming from, arrest the people behind the spree and bring them to book? Are we just going to fold our arms and let it go this way?

“There is only one seat in Aso Rock and not 10 seats. We call on INEC to follow every word of the Electoral Act and be seen to be independent, free, and fair to conduct a credible election where everybody will be happy.

“In a democracy, it is the majority that has the votes. But from our own position, some cabals impose leaders on us. They collect Naira and Dollars to appoint people who cannot lead anywhere. Nigerians are getting wiser and I call on them to get their PVCs and vote not based on religion or tribe. Don’t vote for mediocrity. Whoever you are going to vote for, find out his antecedents and what he has done for Nigeria.”