Upholding The Law And Achieving Greatness || By Archbishop Enyindah 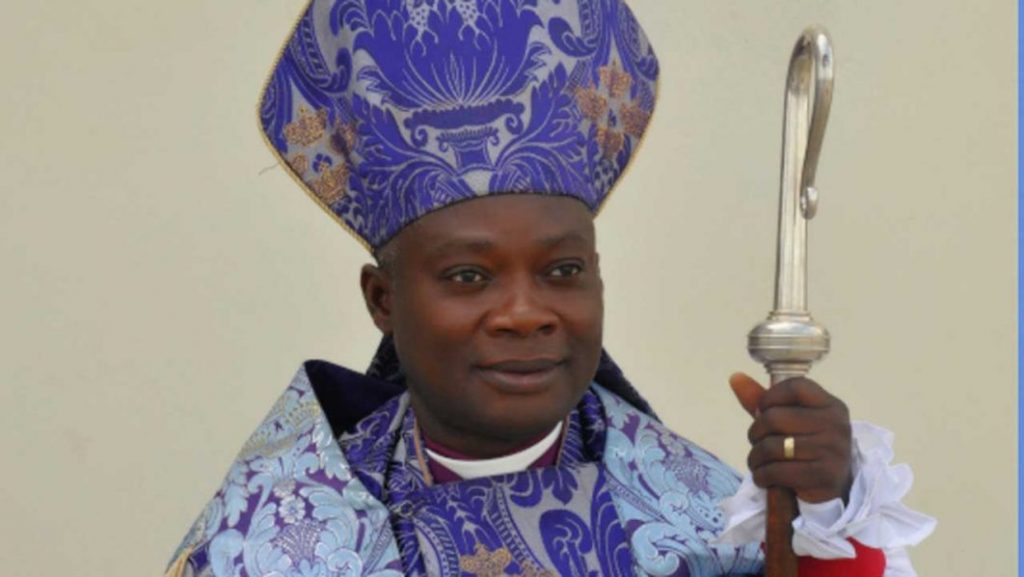 Text: Matt.5: 17-20
Preamble
My sermon will be based on the only lesson appointed and read to us by His Excellency the Governor, Matthew 5:17-20 with the topic, “upholding the law and achieving greatness”.

Greatness is the feat every individual, family, organisation, institution, nation desires and strives to achieve. Every one of these wants to achieve greatness and be seen as great. Like every other phenomena, greatness can only be achieved, by following some rules and regulations or by application of Godly principles.

In this Christian life, we are called to follow the law of God. In fact, in the book of Matthew, Jesus has been laying out what a follower of God looks like. Some of us may see and hear what God wants us to do; how He wants us to live and we will say, ‘this is impossible!’

Here, we see Jesus delivering the most famous sermon in history: the Sermon on the Mount.
Firstly, speaking on what is popularly known as the beatitudes (the blessings) in Matt 5:3-12, He told us that we are blessed, if we live as God has called us to live.

Secondly, in Matt.5: 13-16, He told us to live as influencers in the society and the world at large, as salt and light.

In our text, Matt 5:17-20, He speaks to us regarding the law of God.
Here, Jesus did not relax the standard for God’s law at all. He clarifies that we are called to ultimate righteous living. We are called to doing things in the right way. How can we possibly accomplish this?
To accomplish this, we must know some truths relating to the law of God from this passage.
• Jesus fulfils the law (vv. 17-18)

Remember that most of the content that Jesus was teaching His listeners was unusual to them. It was countercultural.

So, many of Jesus’ listeners might have thought that Jesus was against the official Jewish teachings of the day, or against the teaching of the law and prophets.

The “law and the prophets” referred to the historic teachings of the Old Testament, the word of God as given to God’s people before Jesus’ earthly ministry, which at that time was the only Bible that the Jewish people had. The laws consist of three categories: ceremonial law, civil law and moral law.

The moral law (such as the Ten Commandments) is the direct command from God and requires strict obedience. God’s laws were given to help the people love God with all their hearts and minds and relate well with one another. However, throughout Israel’s history, these laws had been often misquoted and misapplied.

By Jesus’ time, religious leaders had turned the laws into a confusing mass of rules. When He talked about the new way to understand God’s law, He was actually trying to bring people back to its original purpose. Jesus did not speak against the law itself, but against the abuses and excesses to which it had been subjected. This is confirmed in John 1:17 for the law was given through Moses; grace and truth came through Jesus Christ.
Jesus is saying, “Don’t be misinformed! I didn’t come to do away with the law and prophets!”
He did not come to work around the law, but to perfectly obey and fulfil it.
• Greatness follows obedience to the law (v. 19)
Jesus makes it very clear that if we don’t obey the law, we are least in the Kingdom of heaven, and if we do obey the law, we are great in the Kingdom of heaven. Well, that’s pretty straightforward.

Yet, it’s also confusing. Why? Because all of us will fail at some point in our lives, on at least one part of the commands of God!

So, if we do, according to this verse, we are called least in the Kingdom of heaven. That is not a good situation!
Sometimes, we may be tempted to think that some of the sins we commit are not that big of a deal and do not matter.
But listen to Jesus in this passage. He says, “Whoever breaks one of the least of these.”
Which means that every little command of God matters. Don’t minimise your sin, because it’s not minimal to a holy God.
Jesus also says that if we do obey God’s commands, we will be called great.
Who doesn’t want to be great? I want to be great!
The question is: “How do we obey the law, so we can be great in the Kingdom of heaven?”
Jesus answers the question for us in verse 20.
For I tell you, unless your righteousness surpasses that of the scribes and Pharisees, you will never get into the kingdom of heaven.

That takes us to our last point:
• We will fail at the law (v. 20)
The point here is that God’s standard of being great in the Kingdom of heaven is obedience to the law, even in the little things.
Romans 3:23 says, “for all have sinned and fall short of the glory of God.
I don’t have to convince you of all of this. You know yourselves. You know no man is perfect.
In fact, the standard that Jesus gives us for righteousness would have floored His listeners at the time.
He said we must be more righteous than the scribes and Pharisees.
The scribes and Pharisees were the pinnacle of righteousness in that day.
The people would die to be as righteous as the scribes and Pharisees, and Jesus says that you must be more righteous than they are.

If that’s the case, there’s no hope for us to be able to be righteous enough.
No! The truth is that on our own, we are unable to the law. That’s why we need Jesus.
We need the righteousness of Jesus to help us obey the law!
Jesus did fulfil the law. He was perfectly obedient, even in the little things. His righteousness did exceed that of the Pharisees.

Jesus paid the penalty for our unrighteousness, and we will receive the blessing of being called great in the Kingdom of heaven because of His righteousness.
1 Peter 3:18 tells us, For Christ also suffered for sins once for all, the righteous for the unrighteous, that he might bring you to God.

In order for us to live righteously, and become great in the Kingdom of heaven, something has to change in us. We have to submit our ways and will to God through His Son Jesus Christ and allow the Holy Spirit to lead us.

Application
How does all this concern us as a people running a judicial system? The judiciary is the third estate of the realm in a democratic system of government, an important pillar upon which government stands, the interpreter of the law; the last hope of the common man. The Judiciary is under constitutional obligation to uphold the law and do justice to everyone. These appellations make the job of the judiciary a very difficult one, I must say. It is difficult because you must have to answer or defend your name at any cost.

Every nation, just like Nigeria, has a Constitution, which is the law that should guide all we do. The states also go on to make laws, which guide how they should operate. The judiciary has the responsibility of interpreting this law.

Today, like it was in the history of the Israelites and the days of Jesus, there are some who would misinterpret, misquote, misunderstand, miss apply, abuse and distort the laws of the land, mainly for personal interest. Some will even resist and protest against the interpretation and application.

Or still, is it a matter of the highest bidder? Or he that pays the piper dictates the tune?” One then questions where is the integrity of the judiciary?

Is it the case of bad eggs in the basket? If that is the case, then it will do us well to reform the system and regain credibility, as we have been calling for the reformation of the law enforcement department- the police and others.

And I am sure it is not about the welfare of the judiciary, because I know that in Rivers State, for example, the judges have good houses and good cars and they are not owed salaries.

In this country, it is observed that someone can be convicted of a crime and he contests an election and wins and another commits the same crime and he is imprisoned.

The law should not be prejudiced against some people or judgements perverted because of status. Let our judges be like a judge I read about. He started proceedings in court with this announcement: “Gentlemen, I have in my hand two cheques: a bribe you might call it. One from the defendant for $15, 000 and the other from the plaintiff for $10, 000. My decision is to return $5, 000 to the defendant and try the case strictly on its merits.” That is justice. We want to be treated with justice.

In other words, justice has to do with equal application of the law. We want the law to be applied equally if this country must achieve greatness. There should be no room for selective justice. The law should treat the rich and the poor equally. If this is so applied, some people will not be languishing in corrective centres because they have nobody, while some who have somebody are walking freely on the streets.

They say that “Justice delayed is justice denied.” There is also a saying that “delay is dangerous”.
When there is a delay, freedom is lost and money is lost. Time is also lost. It could even lead to death. What causes the delay? Is it the lawyers or the judges? Or is it the case of “I have nobody”.

In John Chapter 5:1ff, a story was told of a certain man who was sick for 38 years and sat by the pool of Bethseda. Sick people got healed when the water was stirred by an Angel and they jump in first. Jesus asked this man if he wanted to be healed and the man complained that he had “nobody” to put him into the pool when the water was stirred. Those whose justice is delayed and denied, could it be a case of I have “nobody”. They have nobody to help them get justice, while those who have somebody, who have contacts and connections get justice.

This is a perversion of justice. Leviticus 19:15 says do not pervert justice and Deut. 27:9 Cursed be the man who perverts justice.

In this country, people disobey the law with impunity. People disobey court judgments and orders. Check out the developed nations, they are developed because the people follow the rules of living. When we travel to these countries, we are very careful to obey their laws, less we contravene the law and face its consequences. A country where the laws are not obeyed can never be great. We should obey the laws of the land because it is for our good and for us to be great.