Updated: Six Dead, Others Injured As Building Collapses In Lagos 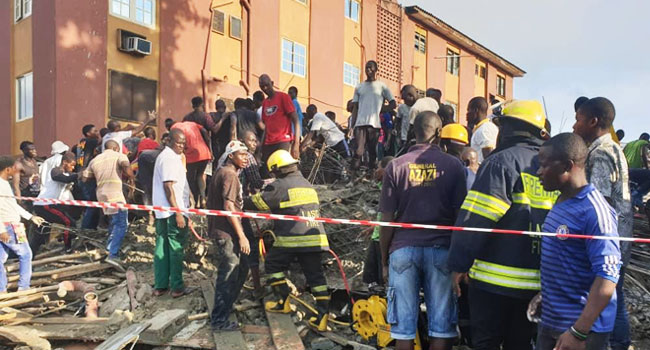 The Lagos State Emergency Management Agency (LASEMA), confirmed this in a statement on Sunday.

Ten others equally sustained minor injuries during the incident, the agency added.

According to the agency, the building located at No. 60 Odo Street, Obalende, Eti-Osa, was under construction when it collapsed partially and explained that the fatalities include one woman and five men.

“The emergency response plan has been activated and all responders are en route the scene,” DG/CEO LASEMA, Dr Olufemi Damilola Oke-Osanyintolu, said.

He also urged residents to remain calm and keep away from the area.

This comes just weeks after a three-storey building collapsed in the Ejigbo area of the state.