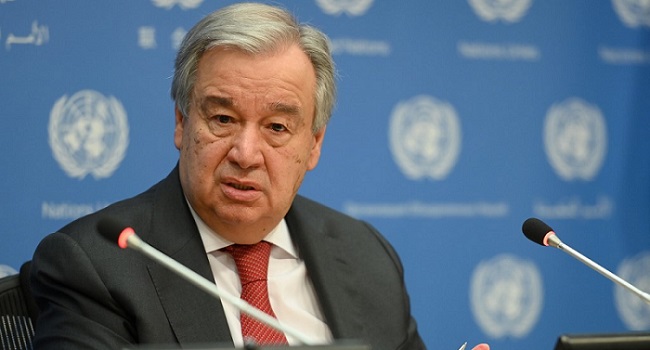 UN Secretary-General Antonio Guterres said Wednesday that the developed world could learn lessons from the preventative measures taken by many African countries to stem the spread of the coronavirus.

“COVID-19 has made much slower progress (in Africa) than the predictions that were made at the beginning” of the crisis, Guterres said in an interview with RFL radio in France.

This has been largely thanks to the fact that “most African governments and organisations took in time very brave prevention measures which provide a lesson for some developed nations that did not,” he added.

There have been fewer than 3,000 COVID-19 deaths from 88,000 cases of the disease registered throughout the African continent, relatively low numbers compared to over 320,000 deaths worldwide.

Guterres also called for a more regularised easing of debt repayments for the poorest countries.

Last month, G20 and Paris Club creditor nations agreed to waive most debt payments for the world’s poorest countries in 2020 as a result of the coronavirus crisis, but Guterres called this move “insufficient”.

“We need to prepare targeted debt relief and a more comprehensive, more structural approach to avoid at all costs in the future a series of bankruptcies that could lead to depression” on the global level, he said.

A total of 41 African nations are involved and on Tuesday Mali became the first to secure a moratorium in debt payments from the Paris Club of creditor nations, a French finance ministry source said Tuesday.