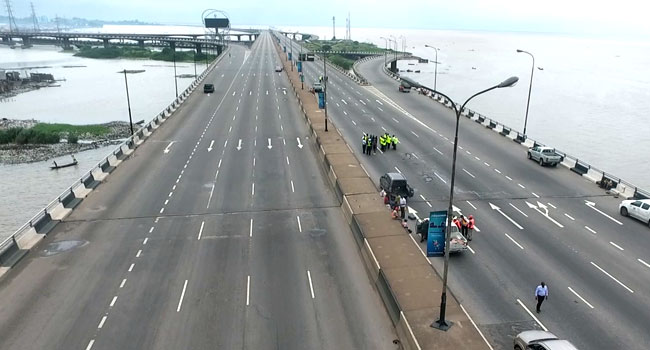 The Lagos State Government has asked Lagosians to use alternative routes during the partial closure of the Third Mainland Bridge which is ready for use.

In a statement issued by the Ministry of Transportation on Friday, the government said the six-month exercise to be embarked on by the Federal Ministry of Works and Housing would target “fixing the worn out expansion joints on the structure of the bridge.”

The Commissioner for Transportation, Dr Frederic Oladeinde, who signed the statement noted that the state government was committed to the free flow of traffic during the period.

He stated that ongoing repair works on the alternative routes highlighted for traffic management were being rounded up in readiness for the partial closure slated for Friday, July 24.

Raising concerns on some failed sections of the alternative routes, the Commissioner confirmed that the bad roads have been fixed.

The commissioner also advised motorists heading towards Ikeja and Ikorodu from Osborne Road, Ikoyi in the morning to make use of the Carter Bridge to access Eko Bridge through Ijora Olopa which would lead them through Funsho Williams Avenue to Doman Long Bridge to Ikorodu, or use Carter Bridge to Iddo through Oyingbo to Herbert Macaulay to Jibowu and link Ikorodu Road.

For motorists coming from Victoria Island, the state government asked them to utilise Ozumba Mbadiwe Road to Falomo Bridge through Alfred Rewane to Old Kingsway Road, Osborn to Ilubirin and Catter Bridge.

As a second option for this category of motorists, he advised them to take Bonny Camp to Independence Bridge to Marina Bridge through Apongbon to Eko Bridge, Ijora Olopa, Iddo, and Oyingbo.

Alternatively, Oladeinde stated that motorists can also use Oshodi/Charity through Agege Motor Road to access Cappa to link Ilupeju Bypass or Mushin to get to Town Planning Way to link Ikorodu road or access Moshalasi/Idi-Oro from Mushin to access Funsho Williams avenue and connect Eko Bridge to get to Apongbon or use Empire road to access Yaba to link Oyingbo-Iddo axis.

“In the same vein, Motorists coming from the International Airport to Lagos are advised to use Oshodi-oke to get to Town Planning to link Ikorodu road,” the commissioner said.

He however disclosed that repair works are ongoing on the remaining routes highlighted for traffic diversions to enhance free traffic flow along the corridor during the rehabilitation works.