The Reign of Illegal Miners 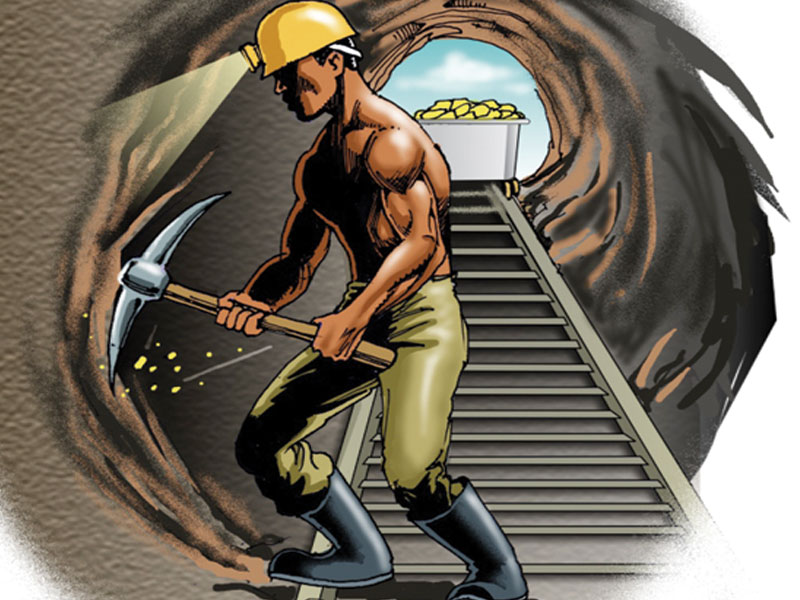 That the latest audit report of the Nigeria Extractive Industries Transparency Initiative (NEITI) on the country’s solid mineral sector confirmed the prevalence of illegal mining activities is disturbing. Although produced for the 2018 accounting year, the comprehensive audit explained that except for isolated cases of registered cooperative societies operating in accordance with the law, the sector is largely challenged by illegal miners. No fewer than 31 of such miners, including foreigners, were recently arrested at different locations in Osun State. What several of these cases across the country indicate is that Nigeria has now become a hotbed for illegal mining of minerals, with serious consequences for the economy and national security.

According to NEITI, the production data made available by the 69 extractive companies it covered in the audit was largely in respect of industrial minerals such as limestone and granite; leaving the metallic, precious metals and gemstones largely unreported. Out of these companies, four refused to open their books for audit, suggesting that they may be involved in some improper acts. While we commend the leadership of NEITI for opening the eyes of Nigerians to many of the loopholes being exploited to deny our people the benefits of their natural resources, the authorities will do well to act on the report.

Meanwhile, we must acknowledge some of the reforms initiated by the current administration. These include improving mobility for field officers and organising artisanal miners into cooperatives, etc. The challenge is how to sustain these efforts and improve on them to significantly reduce the incidence of illegal mining across the country. There should also be more focus on how to properly organise the sector to attract local and foreign investors. This will help to ensure proper value-addition, rather than just exporting the raw minerals. Experience from the oil and gas sector should be useful here.

Nigeria’s solid minerals sector is essentially private-sector driven. Through a cadaster-like system, the government allocates mineral titles to investors and subsequently provides oversight functions through policy direction and regulations. The country’s law in the sector also specifies who could be in possession of or purchase minerals, and establishes Minerals Buying Centre (MBC) which according to NEITI are currently 103 across the country. But from Osun to Zamfara and elsewhere, illegal mining is now the name of the game though this has a long Pan-African background and Nigeria must learn lessons from other countries.

In the mid-1960s, Senegalese and Malian small-scale miners were arrested on the Congo-Uganda border with coffins accompanied by wailing women. The coffins were said to be carrying dead bodies for burial among relatives. These ‘dead bodies’ crossing the border were however wraps containing diamond and other precious metals. In the Central African Republic, Seleka militants were reportedly receiving AK47 guns from Indian traders in exchange for diamonds and uranium dug from locations in which village communities had been slaughtered and dispersed. Similar accusations have been made against Rwandan and Ugandan military officers landing helicopters in eastern Democratic Republic of Congo (DRC) following their defeat by Zimbabwean, Angolan and Namibian troops defending the independence of post-Laurent Kabila’s DRC.

More disturbing is that except for Botswana perhaps, African political and business groups have shown little interests in adding local value to raw materials or minerals excavated from the continent’s earth for domestic and export consumers. Nigeria which is huge in solid minerals deposits has equally seen an influx of questionable interests. The spate of illegal mining activities in Zamfara, Kaduna, Katsina, Niger and even in Kogi have already thrown up security challenges, with reported cases of banditry and widespread community unrest. No reasonable country should allow such brazen challenge of its territorial authorities.

Illegal miners remain potent dangers to our economy and national security. The relevant authorities must move quickly to halt their illicit acts before it is too late.