Take The Gospel To The Unbelievers – Bishop Ekpenisi Urge Clergy 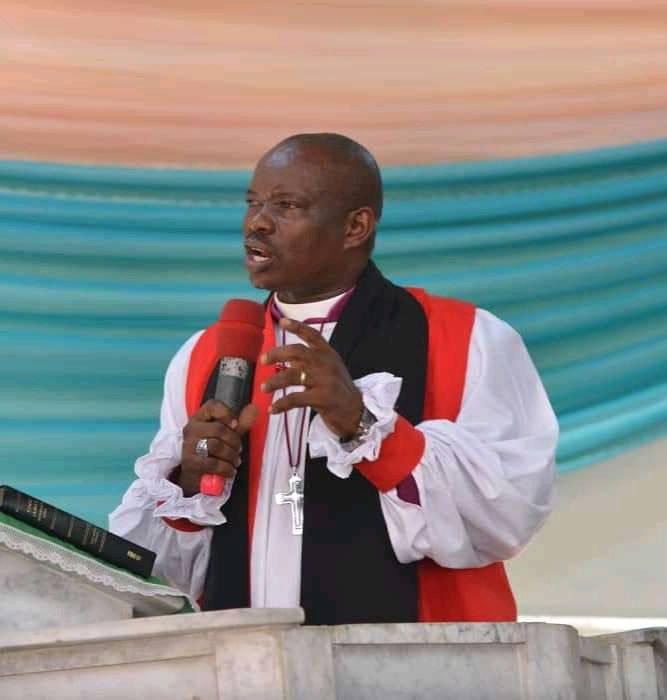 The Anglican Bishop of Ika Diocese, The Rt. Rev’d Godfrey Ifeanyichukwu Ekpenisi  has charged his clergy and Church Teachers to be ministers that reach out to the people outside the church.

This was at the 2020 Clergy School of the diocese held at Ibru Retreat Centre, Agbarha-Otor from Wednesday 19th to Friday 21st February, 2020. The bishop said that the choice of the theme of the programme which was “Anglicanism and Missiology in the 21st Century”, was borne out of his interest in raising disciples for core missionary engagement in their immediate environment which he emphasized was their first missionary field. He explained that the Anglican Church in her methods of evangelism and mode of operation shows that it is a missionary church in essence.

Speaking to over one hundred clergymen and catechists from Ika diocese, Bishop Ekpenisi condemned the attitude of some church workers who make little or no efforts to reach out to the unbelievers in their areas of ministries. He said that no physical structure can have equal value with a soul won for Christ and stressed that the missionary work of the church does not just mean to make someone a church member but ranges from winning of souls to discipling of won souls until they mature to disciple others.

The Bishop reiterated that Ika Diocese will roll out a programme he called operation 1.1.3 to awaken the consciousness of members on the important commission of missions and evangelism. He explained that the programme means that each one will reach another person in the next three months. 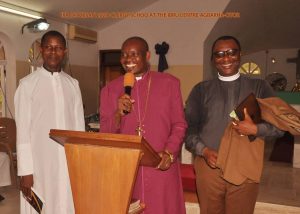 The Bishop of Ika Diocese Rt Rev Godffery Ekpenisi wth the Rector of Ibru Centre and a Speaker Ven Dr Princewill Ireoba and the Chairman of Planning Committee and Speaker Ven Dr Jonathan AduduGiving the keynote address at the event, the bishop elect of Etsako Diocese, Ven. Felix Olorunfemi said that the church building concept of evangelism, where the church only invite and wait for people to come for programmes in the church, is the greatest hindrance to evangelism and urged the ministers to avoid being trapped in the web of the present day sensational and emotional messages which are aimed at giving the people what they want rather than what they actually need.

He emphasized that the church must be on the move through regular evangelism, education, health care and other welfare services that would help to open the mind of people for the gospel, asserting that “when a church begins to sit, it begins to sink”.

Concluding the clergy school, Bishop Ekpenisi charged all the workers in the diocese to purposefully take the gospel, which is the power of God unto salvation for anyone who believes, to the door steps of all and sundry in the community where they serve and those in their contact on the social media.