We note with disappointment and deep concern the unfolding of events after the resignation of the former Prime Minister.  What we have experienced is not a system change, but merely a change of Prime Minister. 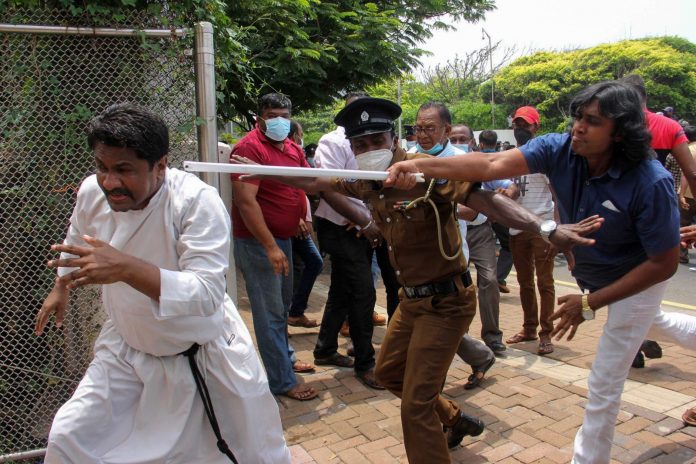 Apart from this change, the Cabinet remains almost the same, and it is politics as usual: what, in the present grave economic crisis, was an almost farcical parliamentary battle over the post of Deputy Speaker and the Prime Minister quibbling about parliamentary procedure. In the past few days, Parliament clearly demonstrated the validity of the claims of young protesters and civil society: that Sri Lanka’s politicians are out of touch with reality and therefore Sri Lanka needs a system change.

The people of this country are yearning for a radical reform of the legislative and executive structure and radical change in the politics of the country. The call for the resignation of the President and the government was based on the fundamental premise that the existing governance structures had failed the people and impoverished the nation.  The appeal from the protesters, religious leaders, professional organizations, civil society, trade unions, and the wider public was for the formation of a broad coalition of political forces as an interim measure to address these burning issues.  They called for constitutional reforms to abolish the overmighty executive presidency, strengthen independent institutions, promote accountability, and protect the rights of minorities. They also demanded accountability from those, directly and indirectly, responsible for the economic debacle. However, it is becoming increasingly clear that what has now emerged, apart from a change in Prime Minister, is a “new” government that will not address the basic demands of the people and will brush aside the factors that led to this situation in the first place.

The focus of Parliament seems to be on how to ensure that its members whose properties were damaged in the recent indefensible violence are compensated; how MPs obtain fuel, and the return of the former Prime Minister (or de facto Prime Minister?) to Parliament. One wonders what the costs incurred by taxpayers for such a return are. Meanwhile, many parents and students in our schools are anxious about whether and how they will travel to examination centers for the GCE Ordinary Level examinations that remain scheduled to commence on 23 May. The shocking disconnect between our elected politicians and the people continues despite the extraordinary political developments of the last two months.

We wish to remind the Legislature and the Executive that the cry of our people has not stopped demanding the following;

The people are tired of watching parliamentary proceedings which have now descended to the level of teledramas at huge public expense.  We question the good faith of the President and Prime Minister with respect to the manner in which the new administration was established.  They owe it to the public to be transparent in the understanding that they have reached regarding support and cooperation.  It is difficult to fathom how an individual who was rejected by the people and who failed to get elected by a popular vote was thrust to such high office because of the support of a political party that overthrew his administration not so long ago.  The country needs, at this time of crisis, true leaders who can respond to the clear demands of the people and the present crisis, in good faith. The events of the past week, sadly, demonstrate that we are missing an opportunity for meaningful change once again.