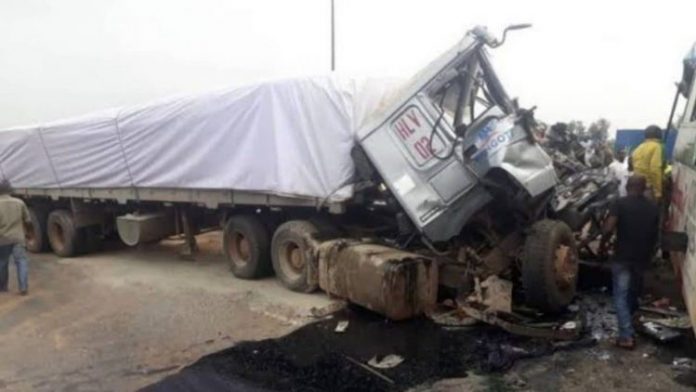 The sector commander of the Federal Road Safety Corps (FRSC) in the state, Ahmed Hassan, confirmed that Sixteen people have been killed in a car accident in Ondo State on Saturday.

According to him, the incident occurred in Akungba-Akoko, after the brake of a truck failed and the vehicle rammed into shops in the market, killing and injuring many.

The truck was loaded with bags of rice.

Officials of the FRSC who arrived at the scene shortly after the incident, said the bodies of the victims had to be removed from beneath the truck.

According to Hassan, eleven persons had died on the spot, while five others who were rushed to the hospital also died.

The remains of the deceased have been deposited at the mortuaries at the state specialist hospital, Ikare-Akoko, and the General Hospital in Iwaro-Oka.

It was gathered that the truck had brake failure and ran into traders at the market.

The truck was conveying rice and was coming from the Ikare-Akoko axis before it rammed into the market.