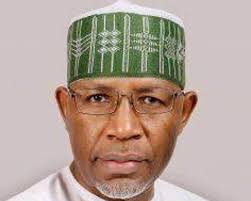 The Nigeria Senate on Wednesday confirmed Mr. Lamido Yuguda as the Director-General of the Nigeria Capital Market.

Chairman of the Committee, Senator Ibikunle Amosun explained that the nominees appeared before its Committee for screening and their profiles were judged satisfactory.

According to him, the Committee worked within the time limit given to it because of the volatile nature of the Capital Market, saying that vacuum should not be left as a result of the absence of the Director-General.

The report said: “That the Senate do receive and consider the report of the Capital Market on the confirmation of the nomination of the following persons for appointment as Director-General and Commissioners of the Securities and Exchange Commission.”