Reps Order NECO to Pay Over N6bn To FG 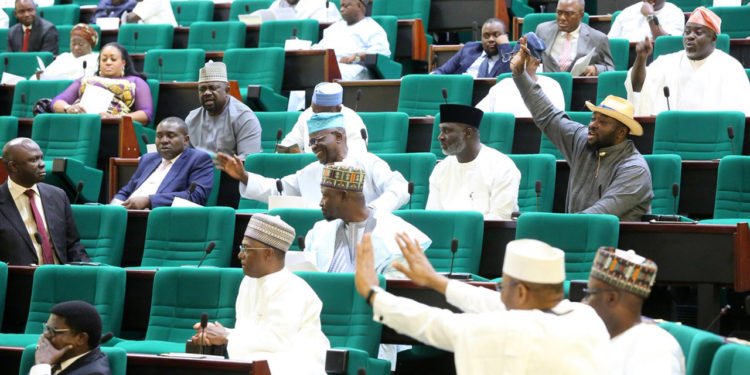 The House of Representatives Committee on Finance has frowned at the level of indebtedness of the Nigerian Examination Council (NECO) to the federal Government through shortfall of the remittances of its operating surplus from 2014 to 2019.

According to the chairman of the committee, James Abiodun Faleke at a hearing on the matter on Wednesday, NECO is owing the Federal Government N6.6bn in unremitted surplus.

The drama began when Dr. Jacob S. Ekele, who represented the Chief Executive Officer of NECO, Mr. Abubakar Gana was asked how much the organisation has remitted to government coffers for the years 2014 to 2018

Ekele said they remitted N6million to the federal government coffers.

This prompted Faleke to ask what was the initial sum from which the N6 million was removed from.

“N6 million is 20 percent of X, what is X?,” Faleke said putting the session into an exam-like atmosphere.

But the committee discovered that NECO made N6. 18 billion for the year 2014 of which N6 million only was remitted as 20 percent of operating surplus.

Ekele, who came with the Head of Finance and Account, told the committee that the organisation has remitted N1.5 billion in 2018

“We have a substantial remittance in 2018, we remitted N1.5 billion and its in that summary and we have receipts,” he stated.

He also told the lawmakers that 19 States, which paid for their citizens were still owing NECO.

But members wondered why the operating cost of NECO jumps yearly so as to affect the remittance to the federal government.

Ekele told the lawmakers that the number of candidates, and the Examination expenses all dictate how much how’s to government.

In response to this, the committee did a quick calculation of the number of students annually, the amount paid and the number of years and discovered that NECO was in default of over N6.6 in remittances.

The committee eventually asked NECO to present its audited report from 2011 to 2019, the reconciliation report between the organisation and the auditor general’s office.

Faleke while speaking on the outstanding N6.6 billion said they would do a complete status enquiry on NECO,. “We will tell our colleagues at PAC. When you have done those reports, the negative balances between you and auditor general and also between you and AGF office.

“The next time you are coming, come with receipt of payment. (Of the N6.6 billion).”