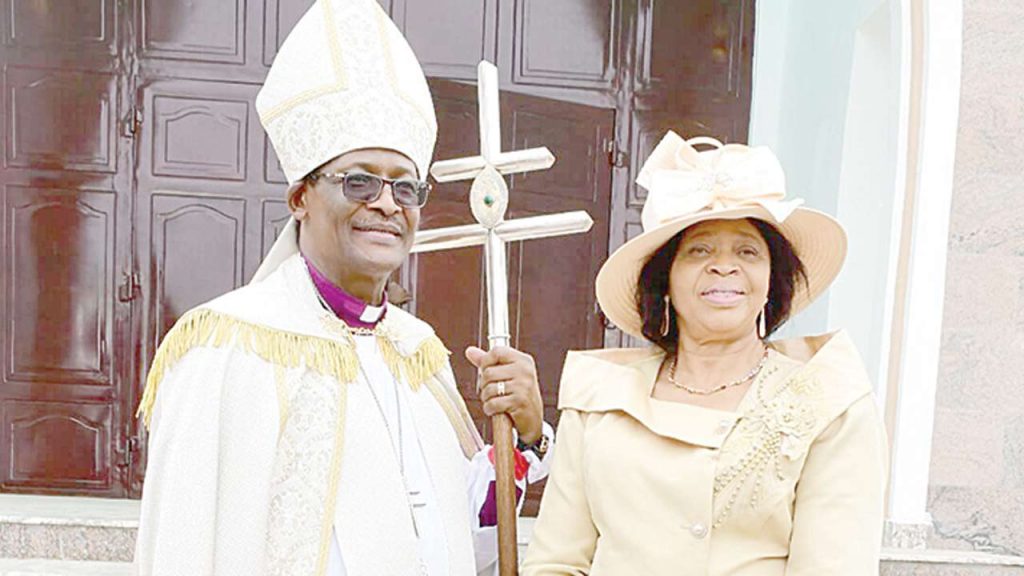 The Church of Nigeria, Anglican Communion is set for a new phase of ten years of evangelical revival targeted not only at building the capacity of members of the church to live a life that pleases God and qualifies them for eternal life but also to raise them as intentional disciples of Jesus Christ that would transform the society in which they live through their exemplary lifestyle . Also to preach the undiluted word of God that would turn people away from all social vices and other ungodly acts that are not in consonance with the will of God.

Leading this revival is the new Primate of the Church and Metropolitan Archbishop of Abuja Diocese, Most Reverend Henry Ndukuba. He is passionate in seeing  christians step up deliberate and sustainable drive to impact the society towards eradicating or curbing many acts of ungodliness bedevilling the nation such as corruption, indiscipline, hate, violence, armed robbery, kidnappings, ritual killings and all forms of immorality.

According to him, this task has always been an all time mandate given by God to all Christians but many Christians had gotten used to living a subsistent life, concerned more about meeting their present needs and just being able to survive rather than going out of their way to bring people to the knowledge of God’s will and obedience to it in all that they do so that people will live right and the world would be a safe and conducive place for all.

Primate Ndukuba had declared in March this year, during his inauguration as the fifth head of the church in Nigeria that his mandatory tenure of ten years in office would be “a decade of God’s reign.” While pledging to uphold the Anglican orthodoxy, strengthen the teaching of the word of God and attend to all areas of need for the spiritual and physical growth and development of the church, he pointed out that he would focus on re-evangelism and discipleship to establish the reign of God over the church and the nation at large.

He further drove the point home during the eleventh synod of the Diocese of Abuja in July this year charging the church to brace up for an evangelical revival towards transforming the society at all levels beginning from families to communities and the various sectors of national life such as educational system, politics and governance, business and finance, the media and entertainment sectors and see that God’s will reigns over all.

Explaining further at the synod , he said: “More than survival, God’s children and church must live in fullness. We must live the kingdom life and have the kingdom mindset to pursue, overtake and recover all the souls and resources that God has given us….The  beggarly mentality must be done away with as we stand in faith and the word of God to declare and pray that God our Father, will have his way, His will be done among us as in heaven.”

Though Primate Ndukuba was installed at a time when the country was coming under lockdown and doors to churches were closed soon after as a result of the corona virus pandemic, he hit the ground running working towards strengthening existing institutions of the church and setting up various committees and work groups to chart the way forward to the next level of the future of the church. Beyond that he initiated online sunday services through the church owned Advent Cable Network Nigeria Television ( ACNNTV) that bring worship on Sunday to many homes. It was an innovation of worship that has become popular to all our members as well as Christian faithful world wide.

With the lockdown now substantially eased and doors to churches reopened, the Anglican Communion is now set for the next level of evangelism and christian discipleship that will see the gospel spreading far and wide across all strata of society and to the nooks and crannies of the nation. It is a familiar turf for the new Primate as he has always been renowned for his special interest in evangelism, church planting and teaching of the word of God at all the levels he has served since he became a servant of God.

Perhaps this passion may have contributed to his rapid rise within the ranks of priesthood following his ordination in 1984 at the age of 23, the minimum age for ordination to priesthood in the church of Nigeria. He was made a Canon in 1989 and he became an Archdeacon three years later. Ten years later, in 1999 he was consecrated as the first Bishop of the Diocese of Gombe. While he remained Bishop of Gombe, he was promoted  to additional higher authority as Archbishop of Anglican Province of Jos in 2017 which he held until he was elected Primate of the Church of Nigeria in September 2019 and consecrated in March 2020.

In the course of his ecclesiastical career, Primate Ndukuba  served in many critical roles in the ministry of the church since his ordination to the priesthood till date. And he worked diligently to justify the confidence reposed in him in all the assignments thrust upon him. He is many things – a biblical scholar and researcher, prolific writer, eloquent teacher and preacher of the gospel, master liturgist and accomplished evangelist with results to show. Members of the Church of Nigeria Anglican Communion are already feeling the vibes coming from Primate Ndukuba.

It is worthy of note that he distinguished himself in all the offices he occupied before assuming the office of Primate. Apart from successfully pastoring churches, he lectured at  St. Francis of Assisi Theological College, Wusasa, Zaria. He rose to become the Dean of the institution. He was chairman of the liturgy and spirituality committee of the Church of Nigeria with the responsibility of producing the annual Bible Study manual and Daily Fountain devotional, Sunday School manual and Youth Devotional.

His committee also produced the new Book of common Prayer and Hymnal for the Church of Nigeria. Other capacities in which he served include as Chairman of the Church of Nigeria Historical records and Artifacts Committee involved in recording and preserving the historical records and artifacts of the church. Primate Ndukuba aso served as Chairman, Board of Trustees of the organization   charged with the responsibility of translating the bible and producing literary materials in Nigerian languages particularly the local languages  of the ethnic minorities

All these intimidating achievements notwithstanding, Primate Ndukuba is most famous for church planting and evangelism, raising Christ’s discipleship which remain the core of his ministry till date. He has served all his life in the northern parts of the country, particularly in areas where Christianity hitherto enjoyed less popularity but he has been able to work with local community leaders to grow the church substantially and at the same time maintain peaceful coexistence with adherents of the other religion.

For instance, under his watch as Bishop of Gombe, the diocese grew from 18 churches to 150 churches. He has special interest in taking the gospel to the unreached remote communities in the land and like the missionaries of old, he labours to attract development to these communities as well as put measures in place to ameliorate their social and economic related sufferings.

With Primate Ndukuba’s evangelism background and with the help of God, it is believed that the revival agenda he has set for the Church of Nigeria can be achieved and lead to God’s reign prevailing more and more over the church and the nation at large.

Bishop Godwin Robinson Ordains Deacons And Priests, Charges Them To Disciple The Nation!