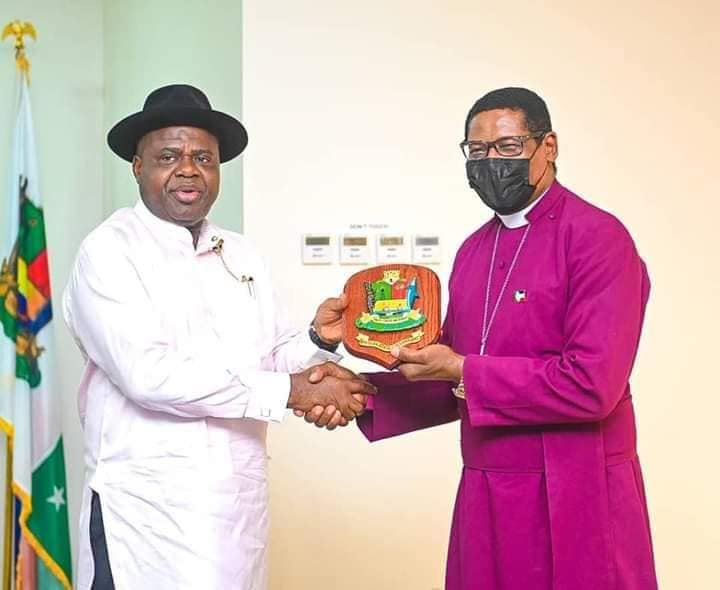 Share
Facebook Twitter LinkedIn Pinterest Email WhatsApp
Bayelsa State Government has pledged to provide land for the proposed establishment of an Anglican university in the state.
Governor Douye Diri pledged in response to a request by the Primate of the Church of Nigeria (Anglican Communion), Most Rev. Henry Ndukuba, who led other bishops of the Diocese of Niger Delta West on a courtesy visit to Government House, Yenagoa, on Sunday.
Describing Anglican schools as strong institutions that contributed to producing responsible members of society, Senator Diri stated that hosting an Anglican university would positively impact the state and the Niger Delta region.
He said the state was eager to have its first private university and that the government would support such initiatives as it would accord the people more access to education. 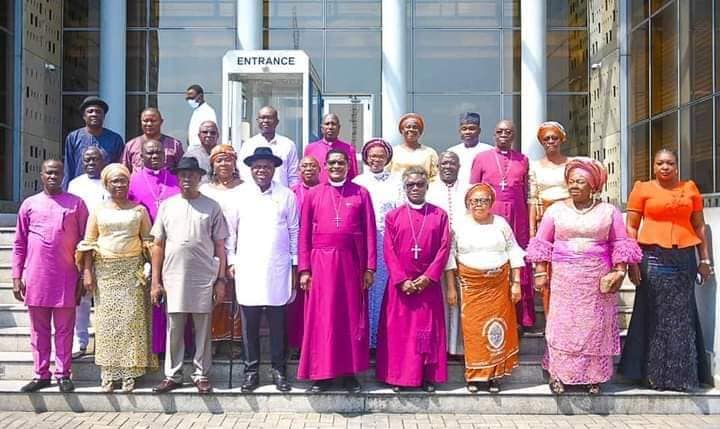 The Bayelsa governor also urged the clergy to speak up against injustice in the country, stating that Nigeria is in dire need of such voices due to the ills in our society.
Governor Diri attributed the successes recorded under his administration to God and appreciated the Anglican Primate for the visit.
He thanked the Bishop of the Diocese of the Niger Delta West for his work in promoting the gospel.
His words: “Your request for land for the proposed Anglican university is good. The government will provide the land. We will acquire it for you.
“I am doing this with the conscience that Bayelsa is a state that does not have one private university. So, we are very happy and prepared to host the Anglican university.
“The Anglican Church has over the years produced leaders of worth. It is a good thing that we have an Anglican institution domiciled in Bayelsa and believe that it is going to impact the state and add value to the Niger Delta region.
“Some of us are where we are today because of the upbringing we received in the Anglican schools we attended.
“Our country is going through difficult times. The Anglican Church in Nigeria needs a voice like South Africa’s late Desmond Tutu, who stood against injustice, against inequity in his country and the world. We have Bishop Matthew Kukah of the Catholic Church. The Anglican Church can equally stand up against inequity and inequality.”
Earlier in his remarks, the Most Rev. Henry Ndukuba stated that he was in the state to dedicate a Bishop’s Court Chapel and Diocesan Secretariat of the Diocese of Niger Delta West.
The Primate explained that the Anglican Church in Nigeria was self-governing and self-sustaining, and would continue to stand against heresies.
Dr. Ndukuba appreciated the governor for creating an enabling environment for the promotion of the Gospel of Christ in the state.
He also thanked Governor Diri for the judicious use of the state’s resources to develop the state.
Daniel Alabrah
Chief Press Secretary to the Bayelsa State Governor
January 3, 2022
Anglican University Bayelsa State Governor Diri Primate Ndukuba
Share. Facebook Twitter Pinterest LinkedIn Tumblr Email WhatsApp