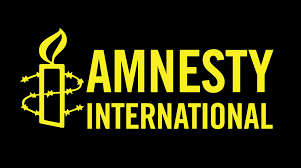 Amnesty International (AI) yesterday asked the federal government to prevent bloody election in Edo State by fulfilling its obligation to promote, protect, and respect human rights amidst disturbing signs of violence ahead of the gubernatorial election in the state.

Amnesty said it had received reports of violence by the political class and the unfortunate use of young people to perpetuate these reprehensible acts.

The human rights organisation in a statement urged the federal government to stamp out violence and impunity and prevent bloody elections in Edo State. It stressed that the government must equally ensure full respect for freedom of expression, peaceful assembly, and association, before, during, and after the state’s upcoming gubernatorial election and in subsequent elections in other states of the federation.

This was contained in the statement titled, ‘Nigeria: Authorities must prevent violence and uphold human rights before, during, and after Edo State gubernatorial election’.

The Country Director of Amnesty International Nigeria, Osai Ojigho, said, “the potential turmoil being stirred up by various factions ahead of the gubernatorial election in Edo State should send a clear signal to the Nigerian authorities of the imminent violence ahead of the polls and government must take active steps to prevent a bloody poll.

“Fueling the instability and impunity in the state, are reports of supporters of some politicians violently targeting political opponents, real or perceived.

“The authorities must stamp out any potential impunity by ensuring these incidents are investigated and those suspected to be responsible, brought to justice.”

While Amnesty International closely monitors happenings in Edo state, it urged political parties and candidates to publicly condemn any advocacy of hatred or incitement to discrimination, hostility, or violence.

The director further said the authorities must put measures in place to ensure politicians and their supporters did not infringe on human rights.

“They must announce clearly that there is zero-tolerance for human rights violations and that anyone suspected of wrongdoing will be brought to justice,” Ojigho stated.

She also advocated protection for journalists, international and national civil society groups, and agencies that would monitor the election.